The CPCB monitored 115 cities between March 16 and April 15; NO2, SO2 emissions reduced significantly 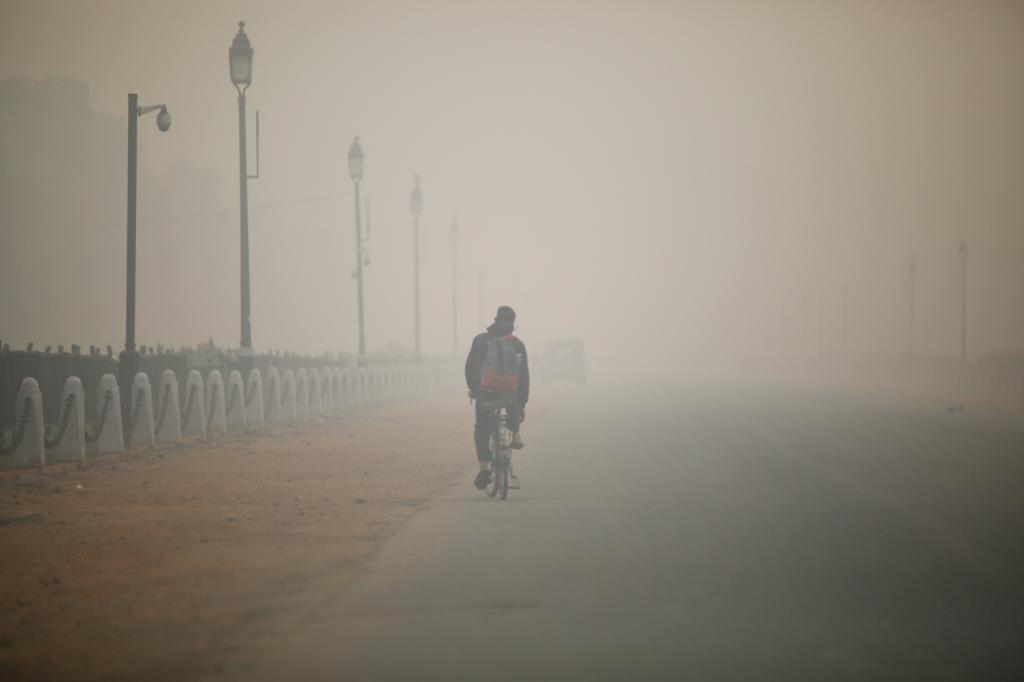 Concentration of particulate matter (PM) and Nitrogen Dioxide (NO2) and Sulphur Dioxide (SO2) emissions reduced significantly in the lockdown period enforced to curb the novel coronavirus disease (COVID-19) outbreak, according to a Central Pollution Control Board (CPCB) analysis of 115 Indian cities.

The CPCB monitored the cities between March 16 and April 15, 2020. The air quality index (AQI) of 78 per cent cities was ‘good’ and ‘satisfactory’ during lockdown as compared to 44 per cent cities in the pre-lockdown phase.

During the lockdown period, no city recorded ‘very poor’ AQI. However, two-four cities recorded ‘poor’ AQI on some days.

On April 15, 10 cities saw ‘poor’ category, most of which were in Haryana or Uttar Pradesh. The deterioration in air quality was attributed to the dust storm from the Gulf that hit Delhi and surrounding areas.

Singrauli in Madhya Pradesh and Brajrajnagar in Odisha featured frequently in list of cities that recorded ‘poor’ AQI during the lockdown period, said CPCB.

“It is worth noting that Singrauli is home to several power plants that were operational during the lockdown period. Brajrajnagar has numerous open-cast and underground coal mines,” it said.

A deeper analysis found that the AQI in Delhi-NCR was largely under ‘moderate’ category in the week before the lockdown started. As days progressed, it improved to ‘satisfactory’ due to restricted vehicle movement and industrial and commercial activities.

Scattered rains in Delhi-NCR towards March-end along with increased wind speed led to further improvement in AQI. Delhi, Ghaziabad and Noida recorded ‘good’ AQI till April 14, after which a slight deterioration to ‘moderate’ category was observed due to change in temperature and onset of dry conditions.

In Delhi, data generated from continuous ambient air quality monitoring network was analysed from 38 stations; a 46 per cent reduction in PM2.5 levels and 50 per cent in PM10 was observed during the lockdown period.

“Similar levels of reduction in PM10 and PM2.5 indicated reduction in combustion and industrial sources which are common to both fractions of particulate matter,” stated the analysis.

“This may be attributed to change in meteorological conditions. Due to the onset of summers, temperature started to increase with a minimum and maximum temperature of 12.6 degrees Celsius and 27°C on March 16, 2020, to 24°C and 40°C on April 15, leading to dry and dusty conditions,” CPCB  said.

However, only 19 per cent reduction was seen in SO2 levels. This may have been due to the fact that over 70 per cent of Delhi’s SO2 originates from power plants located around Delhi.

Other sources of SO2 include restaurants and some industries, which may have been operational during the lockdown period. Biomass/refuse burning in some areas in and around Delhi was also carried out during the same time.

“Most eateries and industries in Delhi have shifted from coal to other less polluting energy sources. Therefore, power plants appear to be the most likely source of Delhi’s SO2,” said CPCB.

A 47 per cent reduction in benzene levels was observed mainly due to restrictions on transport and industrial operations — the two major sources of benzene emissions.

The hourly comparison of average concentration values also showed a declining trend in PM levels during the lockdown period.

“The drop could be attributed to halt on construction activities, less road dust resuspension and curb on industrial activities,” according to CPCB.

However, with increase in temperature due to the onset of summers, there is a possibility of localised lifting of dust.

This is also depicted in PM2.5-PM10 ratio. Usually, PM2.5 is higher in the total particulate matter concentration, but it started decreasing after April 5 due to coarser particles of dust, which contribute to PM10 concentration.

PM10 concentration in Delhi increased significantly on April 15 due to the dust storm.

While significant reduction in NO2 levels was observed in Noida (68 per cent), Ghaziabad (60 per cent) and Gurugram (40 per cent), the same was not noted in Faridabad (17 per cent), where NO2 emissions were found higher during the first few days into the lockdown, possibly due to the gas-based power plants in and around the city.

It added: “It is important to mention that there are a few number of real-time air quality monitoring stations in NCR towns as compared to Delhi. The impact of localised sources on air quality data is always a possibility which may require further data for complete analysis.”

While significant reduction in SO2 levels was seen in Faridabad (47 per cent) and Ghaziabad (22 per cent), Gurugram (14 per cent) and Noida (10 per cent) recorded only minute reductions during the lockdown period. This may be attributed to their proximity to thermal power plants and some operational industries.