Action must on hotspots to curb air pollution in Delhi 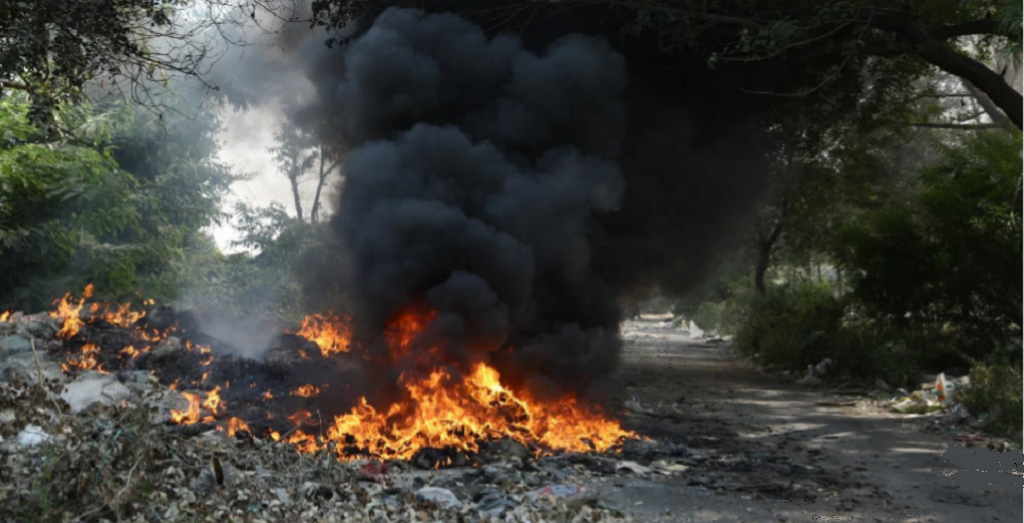 As preventive action for winter pollution draws attention in Delhi and the National Capital Region (NCR), the focus of govenment's policy has shifted towards highly polluted locations and neighbourhoods or the pollution hotspots.

The Environment Protection (Prevention and Control) Authority [EPCA] while directing implementation of Graded Response Action Plan (GRAP) for daily emergency action from October 15, 2019 onwards, has also sought local action plans for targeted pollution hotspots — 14 in Delhi and five in NCR. Hotspot action is also included in the winter plan of the Delhi government this year.

This focus on hotspot action is consistent with the global trend in which governments not only aim to reduce ambient air pollution but also protect vulnerable communities from extremely harmful local exposure; and strengthen health protection for all.

The hotspot action plans to be finalised by October 15, are expected to identify local pollution from non-compliant stack emissions, fugitive emissions, open burning of industrial waste and municipal solid waste and dust generators for stronger local action. This will include penalty and deterrence.

The pollution hotspot action plans will also provide for night patrolling and responsive action based on complaints. These hotspots have been identified by the Central Pollution Control Board (CPCB) and the Delhi Pollution Control Committee. The assessment of hotspots is currently generic and does not have any legal definition.

Most of these are industrial locations and include Alipur, Bawana, Burari Crossing, Jahangirpuri, Mundka, Okhla Phase-2 and Wazirpur. These locations will require deep cuts to meet the standard.

Several locations have levels higher than the city mean level 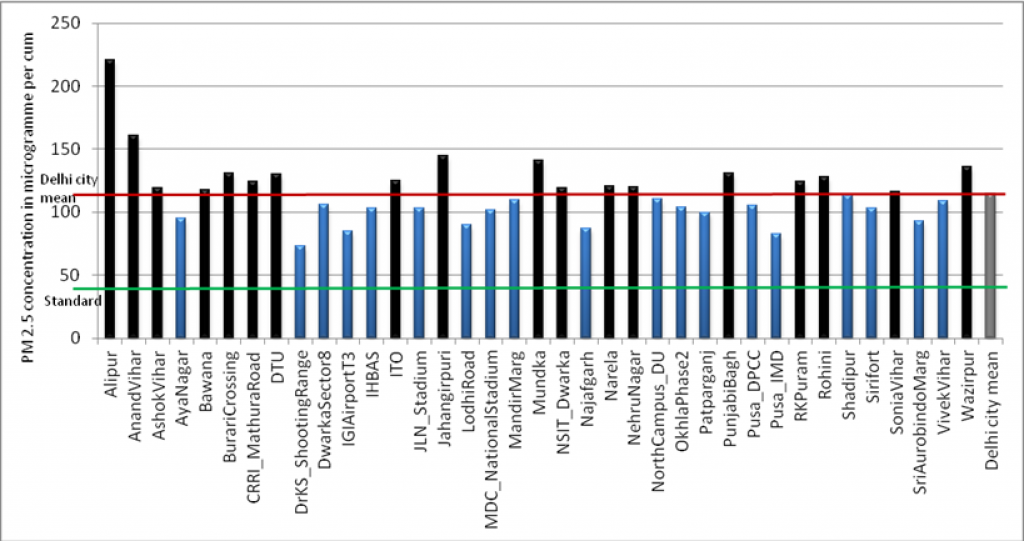 Source: Centre for Science and Environment analysis of data from CPCB portal

Hotspot action can make a difference

Potential impact of localised action is enormous. Already the EPCA has started mapping local pollution for targeted action. Since last winter concerted effort has been made to identify gross polluters at the local level for action. The EPCA has made notable intervention in Mundka area — north-west of Delhi, with large concentration of plastic recycling plants.

While these plants are recycling enormous amount of plastics, these informal unorganised units are also resorting to open burning of huge amount of plastic waste causing unacceptable toxic exposure. Intervention by the EPCA has helped to tie up these units with the Ramky Enviro Engineers’s waste to energy plant for incineration and disposal to prevent open burning.

It is estimated that close to 85,000 plastic waste have been removed from that area for proper disposal and prevented from open-burning. Otherwise this would have spewed enormous amount of toxins in city’s air.

Earlier, the EPCA-CSE survey in highly polluted Anand Vihar had also exposed several local problems, including spontaneous fire in the nearby Gazipur landfill, unpaved roads and large influx of inter-state buses in the bus terminal and freight terminal with unpaved stretches. This has triggered remedial action.

This shift from ambient concentration management of air pollution to exposure management is an important step forward to reducing health risks.

In 2015, the Union Ministry of Health and Family Welfare had, in its Steering committee on air pollution and health related Issues report, categorically stated that it is more important to know how close we are to the pollution source, what are we inhaling, time we spend close to the pollution source than what occurs generally in the air more influenced by climate and weather.

Hotspot action is not a random measure in Delhi. It is consistent with the global regulatory trend. Other governments are moving towards managing pollution in worst affected areas not only to reduce peak and overall pollution, but also to primarily protect the poorer and the most vulnerable communities who are largely located in the worst affected areas.

If cities are safe for the most vulnerable, it will be safe or all. Only management of average ambient concentration at a city or regional level does not allow proper protection of communities that are highly affected in highly polluted areas.

In California, for instance, the Assembly Bill 617 aims to reduce the risk burden from pollution among the most disadvantaged communities. This is driven by the principle of environmental justice.

California Air Resources Board (CARB) aims to protect public health by improving public’s right-to-know and data transparency, specifically within the targeted communities. They are focusing on more complete emissions inventory data at local level for community protection as this is considered public health priority.

CARB is developing the ‘Regulation for the Reporting of Criteria Air Pollutants and Toxics Air Contaminants’, which will be an important resource for those in California affected by air pollution.

The noticeable long-term stabilisation trend in air quality in Delhi will have to be sustained with further deeper cuts — at least 65 per cent to meet the clean air standards. Even after the stabilisation and current climb down, the particulate levels are still unacceptably high and unhealthy.  Further cut will require more difficult decisions and disruptive action, along with strong enforcement and compliance.

While stepping up the regional action, hotspot action must be intensified for more targeted and well aligned multi-sector action to reduce local exposure and emissions. This is needed in areas with high pollution levels especially in industrial areas.

The nature and number of hotspots can shift over time that can be identified through the monitoring system. This will help to protect the most vulnerable groups in the worst affected part of the city.

If strategies are refined for hotspot action and to protect the most vulnerable with more inclusive strategies, this can help to address more specific local problems of informal sources of pollution, fugitive emissions from small-scale units, open burning of waste including plastics waste and dust generation.

Delhi and the region require more nuanced action not only to sustain air quality gains in the longer term and also to not to experience another disastrous winter.