The Global Burden of Disease estimates rank pollution as the fifth largest killer in India, according to the World Health Organization 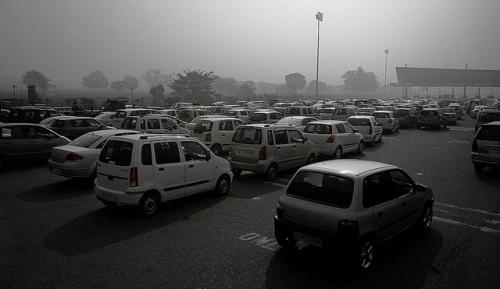 A study conducted by the Pune-based Indian Institute of Tropical Meteorology (IITM) shows that air pollution is responsible for half a million premature deaths in India.

The study was undertaken by the IITM in collaboration with the National Centre for Atmospheric Research in Colorado, US, and published in the journal, Geophysical Research Letters.

The study is based on data compiled in 2011.

Sachin Ghude, an IITM scientist, who is also the study’s co-author was quoted by news reports as saying, “Our research suggests that air pollution in India can cause around half a million premature moralities every year. Exposure to fine particulate matter reduces life expectancy by about 3.4 years.”

The Global Burden of Disease estimates rank air pollution as the fifth largest killer in India, according to the World Health Organization.

Maharashtra stands third in terms of mortalities at 55,000-57,000 premature deaths per year, news reports say. The study found that life expectancy in the state dropped by 3.3 years due to exposure to pollution, the Times of India reported. When it comes to Delhi, it is 6.4 years.

Poor air quality is an important issue affecting public health in developing countries such as India where urbanisation, emissions and industrial expansion have increased air pollution, the report adds.

According to the 2011 census figures, around 32 per cent or 0.4 billion of India’s 1.2 billion population lives in urban areas.