Are we ready for Diwali?

The levels of pollution in Delhi had started to rise in the first week of October, made worse by a dip in temperatures and fall in wind speed 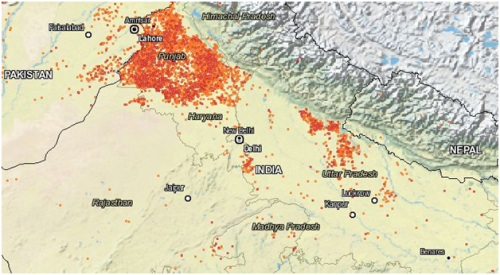 "Diwali traffic has been a factor for the increasing levels of pollution in the city" said Anumita Roy Chowdhury, executive director at Delhi-based non-profit Centre for Science and Environment (CSE). Crop burning in the neighbouring states has also affected air pollution levels she added.

According to the satellite images from NASA, there is an increase in the number of crop fires in Haryana and Punjab. Locally too, waste burning has been rampant. The Environment Pollution Control Authority's Hawa Badlo app has started receiving many complaints within four days of its launch on September 21. Most of these are related to waste burning from different parts of the city and neighbouring Noida. 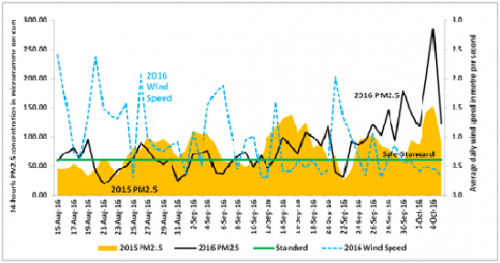 India Meteorological Department officials have said that the wind speed might come down just before or on Diwali. Ravinder Vishan, scientist at the Regional Meteorological Centre, said the northwesterly winds until October 28 were favourable for dispersion of pollutants. "But we see the wind pattern changing around October 29 when it may become calm. Visibility will reduce and winds may have a westerly influence. This will obviously lead to accumulation of aerosols, which will be accentuated by fire-crackers during Diwali," he said.

When CSE analysed the air quality of from August 15 to October 5, 2016, it found that the levels of pollution had started to rise within the first week of October. The PM2.5 levels were comparatively higher this year in comparison to 2015 levels, possibly due to low wind speed during the first week of October and crop fires in the neighbouring states.