Air pollution cannot be controlled without arresting emissions from cars, claims the non-profit 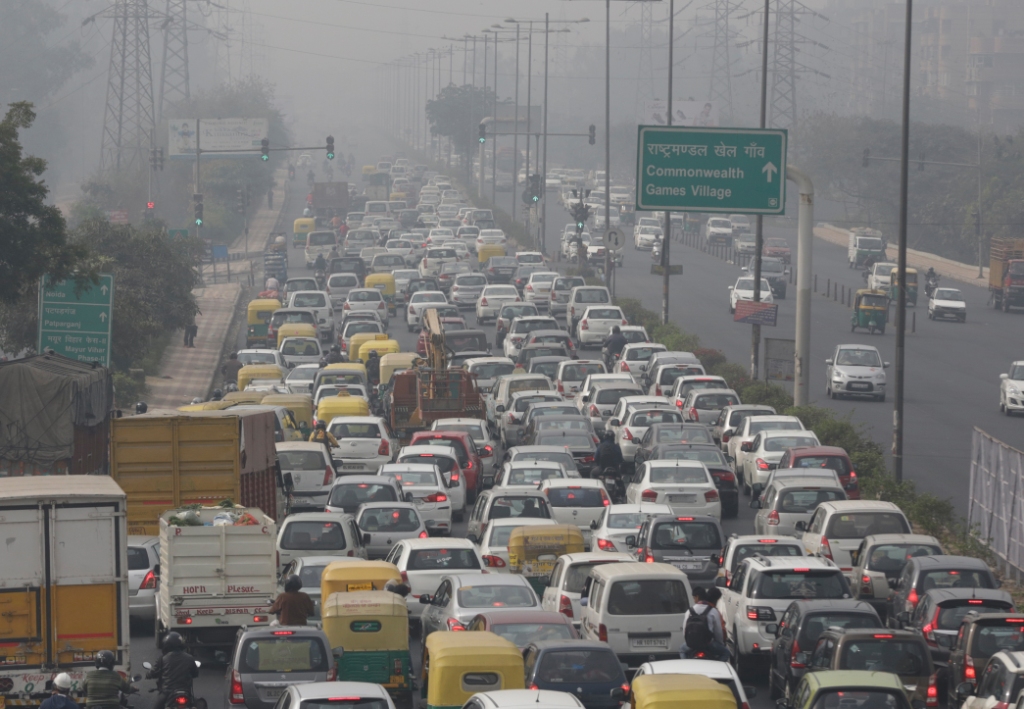 Centre for Science and Environment (CSE) has released a statement condemning the claims that vehicles in Delhi are an insignificant source of pollution and should be left alone. While presenting the impact of the second phase of odd-even scheme, the non-profit has underscored that while new action has started to show results, this cannot be derailed. The city has to step up action on all key sources of pollution including vehicles to meet clean air target throughout the year.

The non-profit said even as actions against air pollution has started to show results, motivated campaigns have been launched to subvert the process.

CSE’s review says that while all key sources of pollution should be regulated, vehicles including diesel vehicles will require stringent action as they emit the deadliest toxins within our breathing zone.

What does the analysis show?

Analysis of real time data of the Delhi Pollution Control Committee shows consistent reduction of the pollution peak. Actions like environment compensation charge and entry restriction on trucks, regulation on waste burning and dust sources and the odd-even scheme have prevented the pollution from getting worse this winter, said CSE. However, pollution levels continue to remain high, added the non-profit.

Air pollution has shown a downward trend since winter as compared to the erratic and highly variable trend last year. The lowering of pollution has been consistence this year despite the variability in weather conditions. Air quality analysis by government’s System of Air Quality and Weather Forecasting and Research (SAFAR) also shows PM2.5 and ozone levels are lower this summer than the last.

Reduction in truck numbers has led to reduced levels of night pollution compared to previous year. The low levels are consistent after environment compensation charge was doubled and pre-2006 trucks banned.

The first experiment with an emergency measure of odd and even scheme in two phases have shown that cutting down vehicle numbers can reduce exposure to toxic pollution and prevents the peaks from getting worse. But emergency action will have to be implemented with permanent measures for sustained gains.

However, this higher than the contributions by several other sources. and diesel. Two to three per cent emissions puts cars in the same bracket as solid waste burning, hotel and resturaunts, industrial area, C&D waste and diesel generator sets.

Cars also a key source of NOx emissions in Delhi. Vehicles are the second largest emitters of NOx at 36 per cent. Cars, individually contribute 6.1 per cent to the total NOx emissions while other sources emit significantly less. Hence, meeting Delhi’s clean air objective is not possible without action against cars.

Secondary particulate are formed from NOX and SO2 gases that come from vehicles and industry, adding to the PM2.5 burden. Accounting for secondary particles, PM2.5 contribution of vehicles will be higher. Thus, to control this 25% of PM2.5 in Delhi’s air stringent control are needed on sources of NOx and SO2. This has serious implication for vehicles.

The automobile industry is underplaying the toxic and cancer effect of diesel emissions by saying that petrol and diesel are equally to be blamed, as per CSE.

But more studies have been published globally to show how all particulates are not equally harmful. As per the estimates of International Council on Clean Transportation, cancer risk from diesel vehicles in Delhi are four times higher than petrol cars. More than 280,000 cancer deaths in Delhi are being attributed to diesel exhausts. Particulate emissions from diesel and coal combustion are more harmful than others.

The rising numbers of diesel cars is negating the benefits of moving public transport and light commercial vehicles to CNG, claimed CSE in a press note. One diesel car emits particulate matter equivalent to that of five petrol cars, thus the 68,384 diesel vehicles added in Delhi in 2014-15 is virtually equal to more than 3.4 lakh petrol cars being added.

Other countries with similar pollution levels are taking far more stringent action on vehicles, especially cars according to the non-profit. In Beijing, vehicles contribute 30 per cent of PM2.5, a scenario similar to Delhi. To control emissions, Beijing has capped the number of cars that can be sold in a year, banned diesel cars, introduced Euro V emissions standards, phased out more than 600,000 old vehicles and restricted movement of more than 1.5 lakh old and polluting vehicles. It is now setting harsher targets of limiting car numbers below 6 million cars.

The NOx pollution is increasing in European cities even after meeting Euro V and Euro VI emissions standards. Emission testing results from British, German and French authorities show that large numbers of popular diesel car models are emitting 6-12 times higher than the official limit. This has led several governments to come up with policies to restrict diesel cars and further tighten the emissions regulations.