How China is cleaning the highly-polluting coal power sector 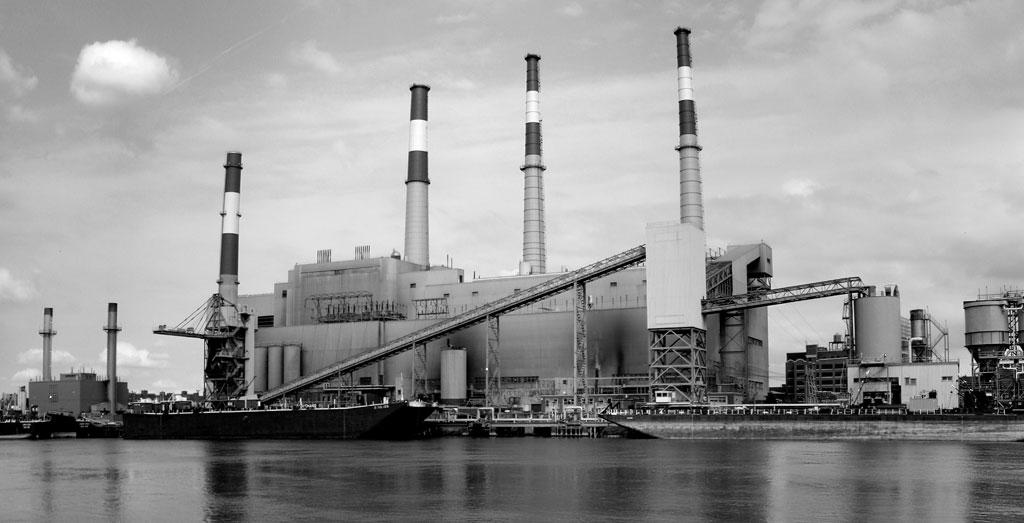 China, which has the world’s largest coal-based power plant capacity, has made a remarkable transition to a low emission pathway. Since 2012, sulphur dioxide (SO2) emissions from its thermal power sector, of which 93 per cent is coal-based, declined by 38 per cent and nitrogen oxide (NOx) by 42 per cent, according to the Chinese Ministry of Environmental Protection. The country’s success holds crucial lessons for India, which operates the world’s fourth largest coal-based capacity of 195 GW and is struggling to control emissions.

China, on the other hand, has been systematically working to clean the sector. In 2006, the government decided to reduce national emissions of SO2 by 10 per cent under the 11th Five Year Plan (2006-10). To achieve the target, the government promoted the installation of flue-gas desulphurization (FGD) units in thermal plants. The device, which is installed next to the chimney, filters SO2 from the plant flues. Between 2006 and 2010, FGD penetration in the sector increased from 30 per cent to 87 per cent. By 2015, FDG penetration reached 93 per cent, which is higher than even the US.

In 2011, China made two big announcements: it set a target to reduce national NOx levels by 10 per cent under the 12th Five Year Plan (2011-15) and introduced new emission norms for the coal-based power sector. To meet the national NOx targets, the government pushed the installation of selective catalytic reduction and selective non-catalytic reduction units, two technologies that convert NOx into nitrogen and water by using reagents. By 2015, more than half the plants had installed the devices.

The new emission norms for coal-based power plants slashed NOx limit by 78 per cent to 100-200 mg/m3 and SO2 levels by 50 per cent to 100-400 mg/m3, depending on the age and location of the units. The norms also introduced a more stringent standard for highly-polluted regions where the permissible limits for SO2 emissions was kept 50 per cent tighter than the rest of the country. This has so far been adopted by 47 cities. In addition, several regions, including the capital, Beijing, have voluntarily adopted norms that are stricter than the national levels. In 2015, Beijing adopted the world’s lowest emission levels for its power plants. A year later, it decided to shut all the four coal power plants and shifted to the much-cleaner natural gas for electricity.

Not just stringent emission norms, China has also ensured a slew of policies to ensure that power plants are adequately compensated for making investments in cleaner technologies. China introduced differential tariffs way back in 2004, under which low emission generation is rewarded with an additional tariff over and above the grid tariff level. This mandatory incentive was regularly updated, as and when the government pushed for newer clean technologies. For supporting investments in pollution control devices, the government also provides subsidised grants and loans to plants through various environmental funds.

In addition, the Chinese government has issued a number of technical guidelines to assist the installation of pollution-control devices. This has helped ease the process of equipment procurement and installation by providing detailed specifications with respect to planning, design, procurement, installation, commissioning and operation.

The government has also introduced the new Environmental Protection Law, 2015, that has increased the penalties for non-compliance, and introduced a cumulative penalty system, where a non-compliant plant would be periodically penalised till the time it reports compliance. The country has also introduced preferential dispatch mechanism in certain areas, under which electricity generated by thermal power plants is scheduled on the central grid in accordance with their emission and efficiency levels.

Christopher James, principal, China Programmes, Regulatory Assistance Project, an international non-profit that promotes clean, reliable and efficient energy, says, “China’s move to reform its power sector is believed to have reduced carbon dioxide emissions by 1 per cent in 2016, with much greater reductions expected as less efficient generation shuts down. China’s coal consumption has also declined several per cent since a 2013 peak, by an estimated 300 million tonnes (MT) per year.”

So what’s next for China? “Planners need to integrate energy efficiency and renewable energy policies to ensure future success,” says James. In fact, China, in its 13th Five Year Plan (2016-20), has revised national reduction targets for SO2 and NOx emissions to 15 per cent from the earlier 10 per cent. It also aims to bring the thermal power sector to meet the ultra-low emission levels, which brings the emission levels of the sector as low as that of natural gas-based power plants. So far, over 100 GW of coal-based capacity has been retrofitted with ultra-low emission technology, and the target is to increase this to 420 GW by 2020. This is expected to reduce the emission of SO2 and NOx by 8 MT each. The fundamental challenge with ultra-low emission power plants is the cost involved. “The cost increase associated with the ultra-low emissions retrofit would make renewable energy sources more competitive, posing a tough question for the policymakers to answer,” says Lin Jiaqiao, deputy director, Rock Environment and Energy Institute, a Beijing-based non-profit which does research on environmental and energy issues.

China is also considering a subsidy to ensure cost competitiveness of ultra-low emission plants. This is because despite investing heavily in renewables, the country plans to increase coal-based capacity from the existing 943 GW to 1,100 GW by 2020.

What India can learn

The power generation capacity that China aims to achieve in the next three years is more than 80 per cent of India’s total coal-based power plant capacity. While China is likely to achieve the target by setting up low-emission power plants, India today is not even in a position to clean up its existing plants. This, despite the fact that the Union government had rolled out a China-like emission standards for the industry in December 2015. But a vast majority of the sector will begin reporting compliance only in 2020-2023, against the deadline of December 2017.

The Chinese experience clearly indicates that advanced pollution control technology can help achieve large emission cuts and that these devices can be installed in a time span of two-three years, thus disproving claims that the timelines notified for achieving new norms in India are impossible. Further, the upgradation and installation requirements in India are only a fraction of the Chinese standard, thus easily manageable.

“Introduction of stringent emission standards in China, and provision of financial incentives and technology support for the installation of pollution-control devices is a valuable experience for India. The crucial precondition is that the government must have strong political will to clean up the air,” says Fu Lu, China director of international non-profit Clean Air Asia.

As the India’s power sector inches towards the implementation deadline, it is imperative that the government borrows a leaf from the books of Chinese policymakers and supports the power sector in its low emission transition.

This story was first published in the August 16-31, 2017 issue of Down To Earth magazine under the headline "China cleans up its act".