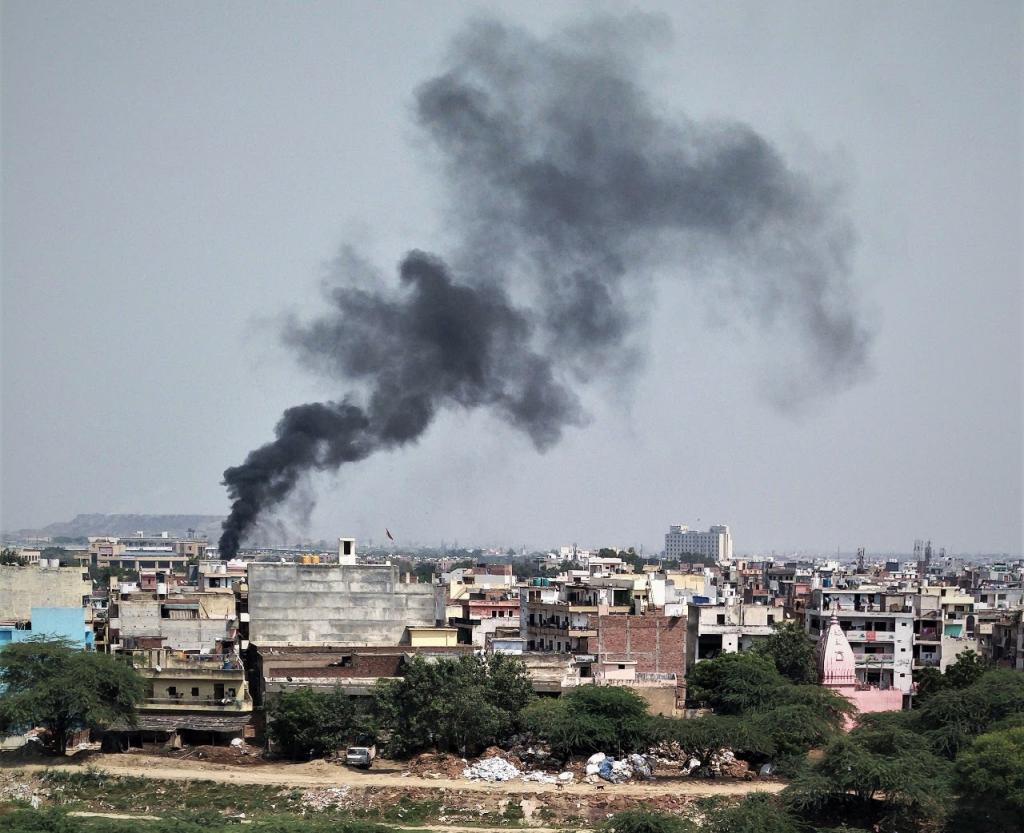 Delhi-based think-tank Centre for Science and Environment (CSE) has welcomed the much- awaited notification on ‘List of approved fuels permissible for use within the borders of the NCT of Delhi’, issued by the Government of the National Capital Territory of Delhi on June 29, 2018.

The notification lists and allows a limited number of cleaner fuels for use in the transport, industry, and domestic sectors, and eliminates a range of dirty fuels to cut toxic emissions. All existing industrial units, commercial establishments and other users have been granted a period of 90 days to switchover from their existing fuels to any of the approved fuels.

“Dust particles in the air get coated with toxic substances from combustion and can go deep into the lungs. Cleaner fuels for combustion are an important step forward to reduce the toxicity of emissions. Clean fuels not only improve the efficiency of emissions control systems, but also reduce emissions of toxic compounds and lower the risk to human health. CSE has been advocating for this notification for some time now,” said Anumita Roychowdhury, executive director-research and advocacy, CSE.

A footnote in the notification states that coal with low sulphur (less than 0.4 per cent) would be permitted for use only in thermal power plants. All other fuels will be deemed “unapproved” and so disallowed for use in the NCT of Delhi.

This notification, thus, virtually eliminates the use of coal from everything except in power plants, where coal with 0.4 per cent sulphur will be permitted. But Delhi has also taken the decision to shut down its coal power plants—including the Badarpur plant. With coal and other dirty fuels like petcoke and furnace oil banned, industrial units will have to shift to cleaner alternatives such as piped natural gas, electricity or BS-VI diesel. Says Roychowdhury: “It is encouraging to note that use of natural gas by industries has expanded now in Delhi.”

This new notification is an amendment of the original List of Approved Fuels notified by the Delhi government on August 27, 1996—a decision which was precipitated by the widespread use of dirty domestic and industrial fuels in the city. The toxic, soot-laden emissions caused by the combustion of fuels such as tyre oil and viscous and high sulphur fuel/furnace oil in industry led to very high concentration of oxides of sulphur and nitrogen, as well as particulate matter. It may be recalled that tests of samples of petcoke and furnace oil by the Environment Pollution (Prevention and Control) Authority (EPCA) in 2017 had exposed excessively high levels of sulphur—as much as 74,000 ppm in petcoke and 23,000 ppm in furnace oil. These fuels were being used widely, without any pollution control equipment or any standards for SO2 and NOx.

These evidences from EPCA led to the Supreme Court ban on the use of petcoke and furnace oil in Haryana, Uttar Pradesh, Rajasthan and Delhi.

Other state governments in the National Capital Region region may also consider taking similar steps to promote cleaner fuels to fight the deadly and toxic air pollution. The Air (Prevention and Control of Pollution) Act of 1981 gives state governments, in consultation with State Pollution Control Boards, the power to declare such a list of approved fuels for use in their territory or a part of their territory.

Says Roychowdhury: “With this step forward, the Government of NCT of Delhi can now prioritise stringent enforcement of this notification to reduce the toxicity of emissions in the city.”

The new notification has permitted the following fuels: