Current PUC norms for diesel are too lenient, says CSE 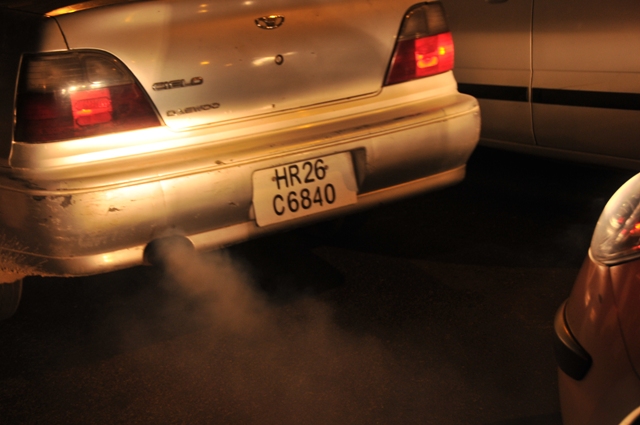 The Volkswagen fraud was one of the biggest corporate frauds in the global automobile industry. It was unearthed recently when popular diesel car models of Volkswagen were found to be patched with defeat devices wired to trick the official emissions tests in the United States.

But this matter has gone nearly unnoticed in India, except the usual investigation to check if the fraud has happened in India too, according to Delhi-based non-profit Centre for Science and Environment (CSE). "This makes India extremely vulnerable as it is motorising and dieselising rapidly without the right regulations and compliance framework for manufacturers," said Anumita Roy Chowdhury, executive director at CSE, during a workshop on "Urban air quality and challenges and strategies to reduce emissions from in-use and new vehicles".

Even as India waits for the results of the investigation of the Volkswagen models sold in India as directed by the Union Ministry of Road Transport and Highways, Roy Chowdury said that "without a robust system of emissions monitoring and compliance, the investments in emission control systems in vehicles to meet tighter standards can go waste and negate air pollution control efforts in our cities".

CSE has urged that a review must be conducted and steps set to implement emissions warranty and recall programme along with in-use compliance regulations to make vehicle manufacturers liable and accountable for the emissions performance of the vehicles during their useful life on the road. The current practice of pollution under control programme (PUC) is rudimentary and ineffective to address complex emissions control systems in new vehicles, said CSE. PUC cannot screen inherent technical flaws and frauds for which manufacturers are responsible.

Key highlights of the CSE analysis are as follows:

Poor PUC regime to test emissions from on-road vehicles, especially on-road diesel vehicles: Currently, the PUC system, the only system to check emissions from on-road vehicles in India, is extremely weak in terms of lax norms, poor enforcement and poor quality test procedures. The PUC norms (these are different from Bharat Stage norms series for emissions certification for new vehicles) are extremely lax for the older pre-Bharat Stage IV vehicles. While under PUC petrol cars are tested for carbon monoxide and hydrocarbons along with lambda (that indicates the optimum condition needed for proper functioning of catalytic converters), diesel vehicles are tested only for smoke density.

While all norms are lax, those for on-road diesel vehicles are particularly too lenient to fail them. Only for the Bharat Stage IV-compliant diesel vehicles, the smoke density norms are 50 HSU. But for Pre-BS-IV vehicles, it is as lax as 65 HSU. In Singapore and Pakistan, this norm is 40 HSU; in Indonesia, Thailand, Hong Kong, Malaysia it is 50-HSU for all genre of vehicles. This is a serious issue at a time when Delhi, which already has more than 500 PUC centres, is trying set up more. This investment can go waste without an effective system in place.

Serious concern over quality of checks in PUC centres: There are serious concerns over quality and credibility of PUC tests across the cities. In fact, a detailed audit that was carried out by the Central Pollution Control Board (CPCB) in 2013 in 76 PUC centres in 2013 exposed serious anomalies: code of practice was not followed; calibration certificate for testing instruments was not available in several centres; poor condition of laboratory; leak test failure; and analysers were not functioning properly. This clearly brings out the ineffectiveness of the programme.

Overhaul India’s on-road emissions testing. India has already introduced more sophisticated On Board Diagnostic Systems in post 2013 vehicles. But it has not leveraged to improve vehicle inspection programme for improved emissions control systems: If a problem or malfunction is detected, the OBD II system illuminates a warning light on the vehicle instrument panel to alert the driver. "This warning light will typically display the phrase 'Check Engine' or 'Service Engine Soon', and will often include an engine symbol. The OBD system stores important information about any detected malfunction so that a repair technician can accurately find and fix the problem," said Roy Chowdhury.

India needs strong compliance regulations to make manufactures responsible for on-road emissions performance for its useful life on road: Consistent with the global best practice, India needs independent authority to check emissions against standards to be set for half life and full life of the vehicles; issue recall of vehicles by companies if they are found non-compliant; levy fines on defaulting companies; and withdraw approval of sale if vehicles do not conform to the stated emissions targets. An independent authority without the influence of the industry should monitor this process. Only such a system will make non-compliance with regulations more expensive for the companies than compliance with regulations and ensure implementation. Auto fuel policy committee has recommended emissions warranty and recall programme and in-use compliance regulations. But this has not been implemented.

CSE’s review shows that currently, Indian certification agencies do not select vehicle samples for certification tests randomly and independently. In fact, certification agencies give prior notice to manufacturers about the approximate time during which samples will be collected from a given lot. This compromises independent and impartial testing. Legal procedures for the Ministry of Road Transport and Highways (MoRTH) to issue mandatory recalls or levy fines have not been established yet.

Moreover, after sales there is no system like that in the US and several other countries to allow testing agencies to select any vehicle, anywhere, and at any time, without prior notice to the manufacturer. India urgently needs rules for government and manufacturer to remove noncompliant vehicles. Mandatory recall policy for noncompliant vehicles is needed to ensure that manufacturers design vehicles to comply with emission standards for the duration of their useful life, says CSE analysis.

"In fact, China has taken steps to move in this direction. China has recently revised its programmes to allow the selection of vehicles at random without any prior notice. Furthermore, COP testing in China is now corroborated through inter-laboratory round-robin testing, which adds an additional level of scrutiny," said Roy Chowdhury.

Diesel industry is delaying quick move towards Euro VI emissions standards. Industry is also resisting stringent in-use compliance regulations: Immediate steps are needed to leapfrog to Euro VI by 2020 to cut the pollution and lung cancer risk from diesel vehicles. But simultaneously, it must implement compliance regulations and standards to make manufacturers responsible for emissions performance in the real world. The Volkswagen case demonstrates that poor emissions performance not only adds to public health risk but also increases business risk for the industry.

Volkswagen case shows that diesel vehicles are finding it harder to meet the ever tightening emissions standards across the world: It is an engineering challenge for diesel vehicles to reduce both toxic particulate matter and nitrogen oxide significantly while achieving improved fuel efficiency. This is one of the reasons why Europe had kept the particulate and nitrogen oxide standards for diesel cars more lax than petrol cars for a long time. But now, the current emissions standards in the US and Europe are significantly more stringent. While the US Tier II emission standards are same for both diesel and petrol cars, Europe’s Euro VI standard has also narrowed the gap between the two. To circumvent these stringent norms, Volkswagen had fitted the defeat devices that allowed the diesel cars to pass the certification test but reduced the severity of the emissions control systems once the vehicles were out on the road to save on fuel. This caused 10 to 40 times higher NOx emissions from these cars, says a CSE analysis.

Several diesel car models in Europe and the US have very high on-road emissions: Evidence from Europe and the US show that several clean diesel car models meeting the latest standards are struggling to keep their nitrogen oxide levels low and within the specified limit in the real world. Studies have shown that on-road NOx emissions exceed at least seven times the certified limit when on road. Another 2015 study in Europe has found that nine out of 10 new diesel cars sold in Europe do not meet the limit for Euro VI standards. As a result, several European countries are finding it difficult to meet the ambient air quality standards. In fact United Kingdom was dragged to the European Court of Justice for violating ambient NOx standards. This is leading to restraint measures on diesel cars in several European cities. Europe is also aiming to adopt real driving emissions test procedure; in-use testing of random vehicles in labs; and vehicle labelling programme to encourage vehicles with emissions cleaner than the standards.