Delhi may see another peak pollution episode around the New Year: Experts 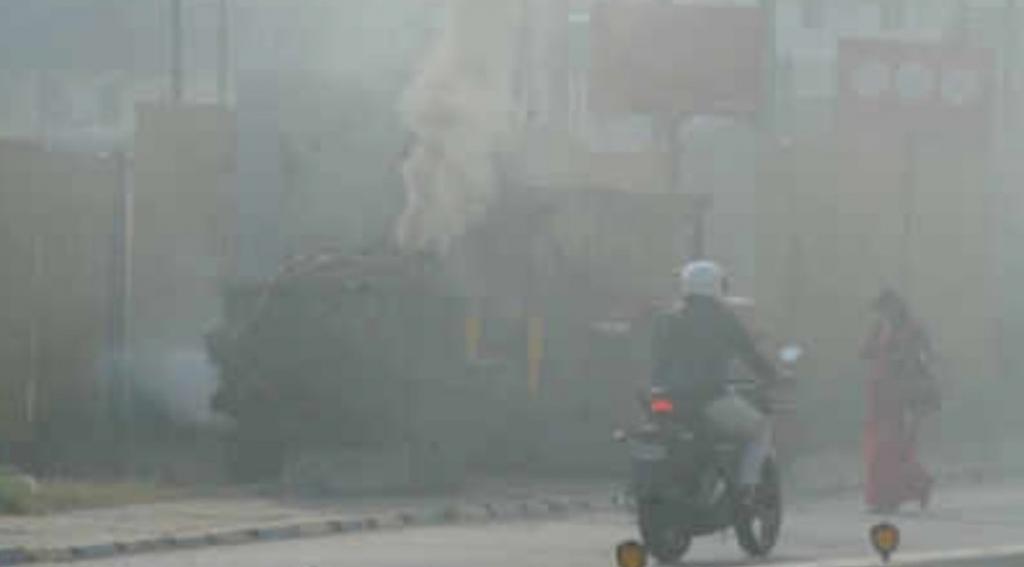 Delhi might see yet another peak pollution episode towards the end of December, which will continue into the New Year., according to experts.

Earlier this year, researchers from different institutes had pointed out that while the first peak hits Delhi-NCR (National Capital Region) around late October and early November, the second one,occurs around December-end and early January.

In a paper published in February in Atmospheric Environment, a peer-reviewed scientific journal, researchers from the Indian Institute of Technology (IIT)-Delhi, University of California, University of Illinois and Collaborative Clean Air Policy Centre in Delhi, among other institutes, established that PM2.5 (fine particulate Matter) concentration again starts rising from December 17–23 and reaches a peak of 299 microgramme per cubic metre (ug/m3) during December 31 to January 6.

This peak is in an upwind area while in the downwind area, the peak sustains for a couple of more weeks until January 14–20 when it reaches 415 μg/m3 (67 per cent higher than in the upwind area during the same week).

PM2.5 particles are less than 2.5 microns in size, and are capable of entering human lung and blood tissues. They can cause several respiratory and cardiovascular problems.

While the first peak is attributed to pollution transport from stubble burning regions in Punjab and Haryana, coupled with stable atmospheric conditions, the second, comparatively milder peak is attributed to enhanced local emissions and secondary aerosol formation under favourable meteorological conditions. Local emissions include vehicular pollution and solid waste and open biomass burning (for heating).

During this time of the year, meteorological conditions like low temperatures, calm surface winds and low ventilation coefficient, which is the product of mixing depth and average wind speed, are highly favourable for accumulation of pollutants.

From December 25 till January 10, the temperatures are likely to fall as low as three to five degrees Celsius and wind speed is also expected to reduce to three to five kilometres per hour (kmph), said Kuldeep Srivastava, scientist from the Regional Meteorological Centre at India Meteorological Department.

“There is likely to be dense fog formation and visibility will go down. The moisture content will be high. These conditions are favourable for trapping of already existing and new pollutants,” he said.