Delhi on the verge of another air emergency

Stubble burnings have seen a decreasing trend, but the air quality of Delhi was 'severe' and poised to turn worse 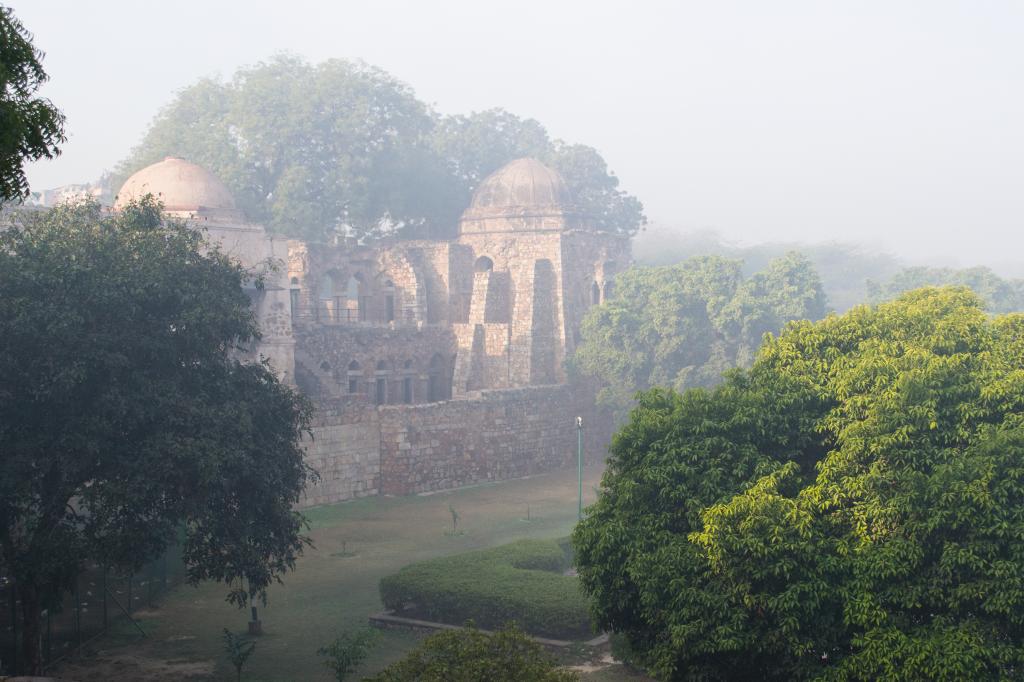 The air quality in Delhi and neighbouring areas was on the verge of emergency levels on November 13 morning, after being ‘severe’ for a day. Many areas of the capital were shrouded in smog.

The air quality index (AQI) read 476 and was likely to deteriorate further in a day towards ‘severe plus’, according to SAFAR — System of Air Quality and Weather Forecasting and Research.

Stubble burnings have been on the wane (480 on November 12) in Punjab, Haryana and Uttar. That though has not eased pollution in national capital region as northwesterly wind blew in the biomass smoke into Delhi. In the city, wind speed remained low and pollutants did not disperse.

The transport-level wind trajectory was forecast to be highly favourable for plume intrusion for the next two days.

Currently, the share of biomass in Delhi's air quality was simulated to be 22 per cent, assuming the declined fire trend. It is expected to decrease to 13 per cent in a day.

The sky was likely to be partly cloudy for the next two days under the influence of approaching western disturbance but no precipitation is expected, according to an analysis by SAFAR, under the Union Ministry of Earth Sciences.

The concentration of ultra-fine harmful pollutants such as particulate matter (PM) 2.5 and PM 10 were at around five times the prescribed safe standards.

Though slight improvement in -time pollution concentration was expected on Wednesday after the sunshine will force the mixing layer to go up slightly but PM2.5 levels will start to increase immediately after sunset, said SAFAR.

The situation in neighbouring Gurugram, Ghaziabad, Noida, Faridabad and Greater Noida was equally bad. All the monitoring stations in these towns recorded ‘severe’ air quality, with Sector 1 in Noida and Vasundhra in Ghaziabad being the worst.

An approaching fresh western disturbance, which was in a cyclonic circulation over Afghanistan and neighbourhood, was likely to affect northwest India in the next two days. That may increase wind speed in Delhi by November 15, leading to a slight improvement in air quality.

The air quality condition was likely to marginally improve by November 15 but reasonable improvement to ‘very poor’ was expected only by November 16.

The Odd-Even scheme being implemented in Delhi was back on Wednesday after a three-day gap.