Delhi’s 13.2 million vehicles are now the primary source of its winter pollution: CSE 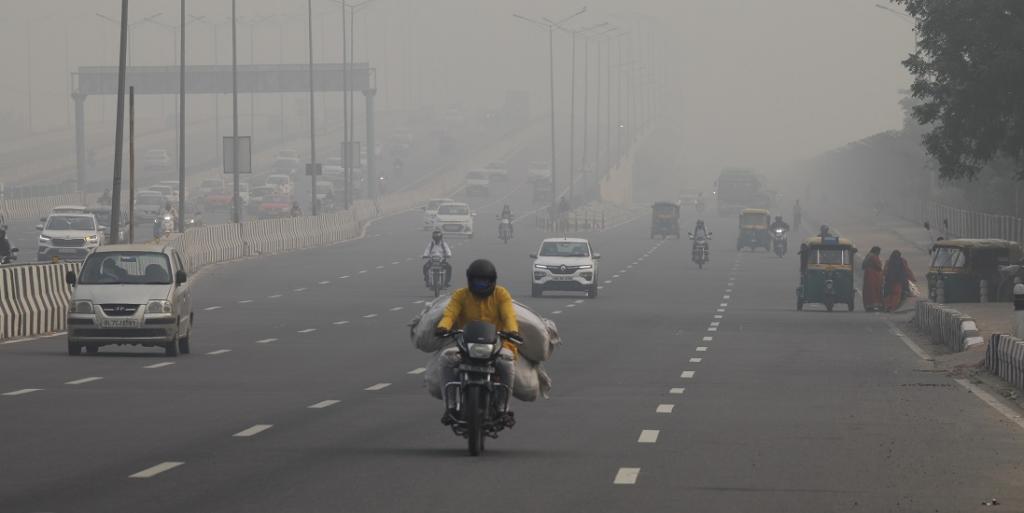 The estimated 13.2 million vehicles registered by the VAHAN database in Delhi have now become the chief source of winter pollution in the megapolis, according to a new analysis by Delhi-based non-profit Centre for Science and Environment (CSE) November 11, 2021.

Vehicles caused more than 50 per cent of the particulate pollution in Delhi during the early phase of winter this year — October 24-November 8, according to CSE.

The DSS of IITM uses an online chemistry transport model ‘Weather Research and Forecasting with Chemistry’ (WRF-Chem), according to a statement by CSE.

Its modelling uses the available emissions inventory for Delhi and 19 surrounding districts in the National Capital Region, as well as the PM2.5 data from the Central Pollution Control Board monitoring stations and satellite imaging of pollution.

CSE also carried out a rapid diagnostic assessment of the changing travel speeds during October 27-November 6.

It analysed Google Maps data for 15 major roads including:

The data was analysed for the peak hours (from 9 AM to 11 AM in the morning and 5 PM to 7 PM in the evening) and for the rest of off-peak hours. The non-profit found that mean travel speed was now 26 kilometres per hour (kmph). It was 23 kmph in peak hours.

During off-peak hours, it was 32 kmph. The speed during the same period in 2019 was 23 kmph in peak hours. Traffic build-up in Delhi had thus returned back to pre-Covid levels, CSE concluded.

The increasing traffic congestion in Delhi caused by slower vehicles led to an increase in levels of nitrogen dioxide or NO2 during the study period.

Delhi has already closed coal-based power plants, expanded the use of natural gas in industry and has a clean fuel policy in place.

The city now urgently needs to scale up integrated public transport systems, walking and cycling infrastructure, city-wide parking area management plans and low emissions zones to restrain vehicle use and meet the electrification target of 25 per cent by 2024, CSE said.

Without these reforms, Delhi will not be able to enforce emergency measures to control vehicle numbers on road during smog episodes, it added.