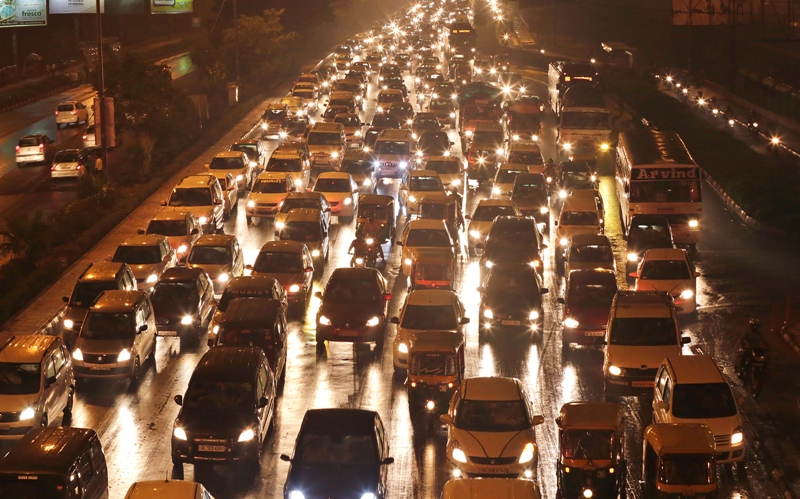 Sustained campaigning by non-profit organisations and reporting in the media has placed the problem of lethal air pollution right at the doorstep of Delhi government. In an attempt to nip the problem in the bud, the state government has taken the bold decision of controlling the number of private vehicles on the road by announcing an odd-even number plate-based system for traffic movement.

From January 1, 2016, cars with number plates ending in an odd number will be allowed to ply on Mondays, Wednesdays and Fridays, while those ending with an even number will be allowed on Tuesdays, Thursdays and Saturdays. There will be no restrictions on private vehicles on Sundays. Emergency vehicles like PCR vans, ambulances and fire services will be exempt from this rule.

Recognising that explosive growth in the number of private vehicles was a key contributor to Delhi’s air pollution, the government has decided to begin with the odd-even system in a first-of-its-kind experiment anywhere in the country. At the same time, state authorities have assured that a good public transport system will be gradually put in place to ensure successful implementation of the measure.

The government had held a series of meetings with various environmental organisations and urban planning experts. Most participants supported the decision of rationalising car movement on air pollution days. The decision also came a day after the Delhi High Court said that living in Delhi was like living in a “gas chamber”. Chief Justice of India T S Thakur has extended his support to the move, saying that car pooling by Supreme Court judges would encourage millions of people to follow suit.

Anumita Roy Chowdhury, executive director at Centre for Science and Environment (CSE), said, “These are desperate times for Delhi that call for desperate measures. This is a short-term measure to reduce air pollution levels and protect vulnerable people who are prone to allergies and respiratory and cardiovascular disorders. It is the first step of the government to restrain the number of private cars on the roads and is a welcoming move. If people are concerned about health, they must come forward and support this. The government also needs to come up with a strategy for smooth implementation of this proposal and coordinate with public transport providers to sensitise people and cause public outreach. Such measures are also needed to catalyse long-term measures for reducing air pollution.”

Experiments with restrictions on car movements

Rationalisation of the movement of private vehicles has been adopted in many countries, starting with Sweden (Stockholm) and extending to other European countries. China (Beijing), Mexico and Colombia (Bogota) have also implemented such measures.

The city initiated the alternate day car driving restrictions just ahead of the 2008 Olympic Games and saw pollution levels drop by almost 20 per cent. Currently, Beijing imposes this rule periodically, on days with high air pollution. The city has also restricted its car sales since 2011 to 20,000 car plates every month. However, they have made tremendous efforts to increase public transport such as bus connectivity and metro services.

The city has been imposing the odd-even number plate rule during periods of high air pollution. On such days, public transport is free. The rule was last implemented in March 2015 when a smog alert was issued. However, they had already tested the system before as a temporary measure when pollution had exceeded certain limits.

The “Hoy No Circula” was introduced in Mexico around 1989 to combat air pollution. It called for citywide bans, one day per week, based on odd-even number plates. For example, plates ending in 5 and 6 were not allowed to drive on Mondays while 7 and 8 were not allowed to drive on Tuesdays and so on. This measure was highly successful in bringing carbon monoxide (CO) levels down by almost 11 per cent. However, in the long run, people eventually started buying more cars, rendering the ban inefficient. Therefore, it actually ended in a rise in CO levels in the long run by almost 13 per cent.

Bogota tried to work on the limitations faced by Mexico and came up with stricter combinations of days and numbers so that the drivers would be unable to circumvent the rules by buying more cars. The policy did not reduce air pollution though, as people drove more during off-peak hours to get around these imposed measures.

But examples show that the system has better potential as a short-term measure.

On August 20, Beijing imposed restrictions on factory production and car use in the city, forcing around 5 million cars to ply on alternate days for around two weeks, just before the seventieth anniversary of Japan’s WWII defeat on September 3. These restrictions were put in place to ensure that the usually smoggy grey sky of Beijing would turn perfectly blue on the day. As a result, the air quality index of Beijing dipped to 17 (out of 500) and the skies turned crystal clear.

However, the moment the ban was lifted, skies turned grey again. By the end of November, the levels were so high that a smog alert had to be issued.

Back home in Delhi, the national capital saw its first car-free day on October 22, 2015, on a stretch from Red Fort to India Gate. Official real-time pollution exposure monitoring by CSE found that particulate matter levels had reduced by 60 per cent on that day. The car-free day initiative was also clubbed with a national holiday, which helped in reducing the number of vehicles on the roads.

But these examples show that temporary restrictions on vehicles may not reduce air pollution in the long term. Drivers inevitably buy more cheap and inefficient cars with different number plates to get around the rules. Hence, such an initiative must be complemented by other measures to ensure that we have a stable system in the long run.

The Delhi government move is expected to have some initial glitches, as is being discussed in media reports. However, with additional measures and proper planning, this could be turned into an effective measure to reduce Delhi’s air pollution over an extended period. CSE has suggested some such measures: