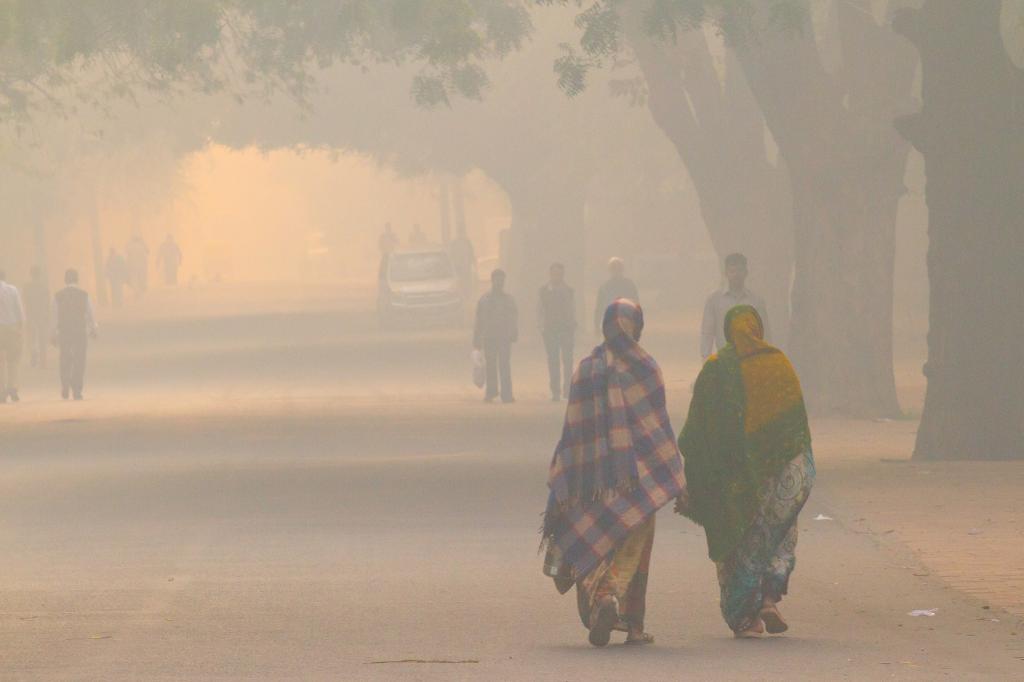 People with heart or lung disease, older adults, and children have been advised to remain indoors. Credit: BD Photo 1/ Flicker

With winter slowly setting in and wind speed dying, Delhi’s Diwali revelry with firecrackers has made the atmosphere hazardous in several places leading to a 42 per cent rise in the air pollution index, according to a Delhi government release issued earlier on Monday (October 31). System of Air Quality and Weather Forecasting And Research (SAFAR) under the Ministry of Earth Sciences has advised people to avoid all outdoor physical activity till the air quality improves.

“People with heart or lung disease, older adults and children should remain indoors and keep activity levels low. There is health warning for emergency conditions and serious risk of respiratory effects in general public,” the release said. Incidentally, Delhi government official released a fresh set of figures on Monday afternoon, saying that there was an error in collating the data from one of the air pollution monitoring stations of the Delhi Pollution Control Committee (DPCC).  “However, the change in figures is just marginal as the air quality continues to be worse in the next coming days,” the official said.

An earlier reading showed PM10—extremely fine particles that cause respiratory as well as pulmonary diseases in mammals—at 4,273µg/m³ from one of its stations in R K Puram in South Delhi. However, the estimate was revised to 939µg/m³. PM2.5 from the same station was recorded at 748µg/m³.

A Delhi government release, however, points to a host of factors which states that Delhi is reeling under adverse weather conditions and impact of trans-state movement of pollutants, especially due to burning of agricultural fields. Meanwhile, Haryana recorded 1,178 instances of paddy burning incidents, which Delhi government says is a major cause of pollution. In the view of these conditions, the government had appealed to citizens of the national capital to restrain from using fireworks. As a part of the mitigation strategy, Delhi Chief Minister, Arvind Kejriwal appointed a task force to tackle air pollution and solid waste management on Monday headed by Health Minister Satyendar Jain with Environment Minister Imran Hussain and Water Minister Kapil Mishra as its members.  Jain will initiate the implementation of its road map from this week.

On October 28, the Centre for Sciecne and Environment had issued a press release stating that there's no room for additional pollution in the city, especially from crackers.