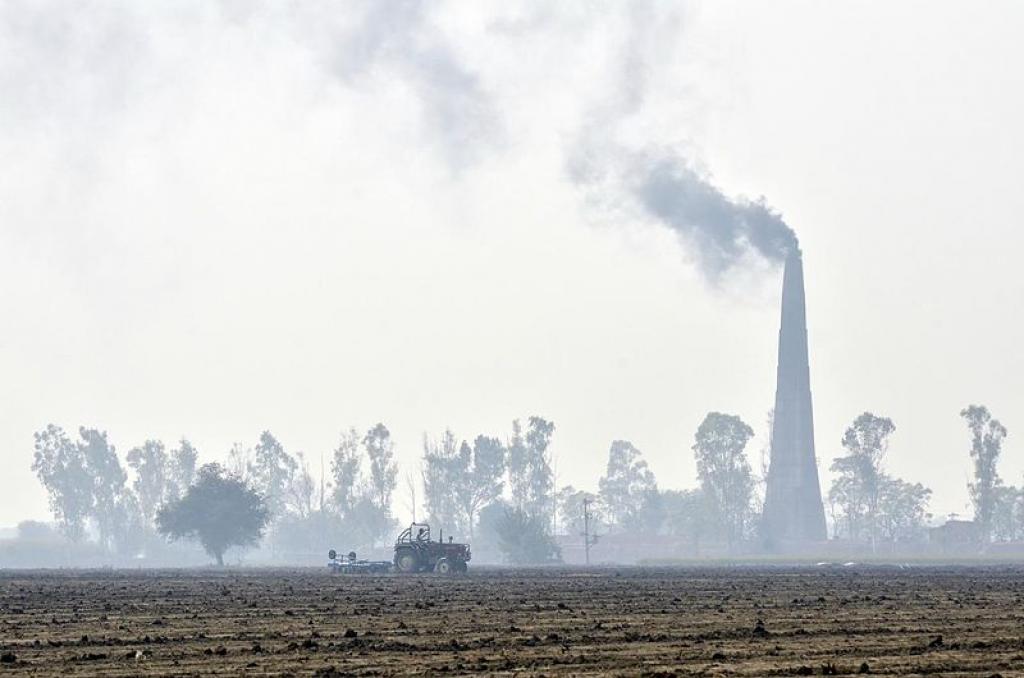 India continues to bear the burden of a quarter of global deaths and significantly high share of illness due to high exposure to particulate air pollution. More than half of global deaths occur in India and China together. This is among the shocking findings of the State of Global Air 2018 report released by the Health Effect Institute (HEI) in Boston on April 17. Air pollution remains among the top killers worldwide.

This report has built on the Global Burden of Disease (GBD) Estimates that comprehensively analyses 84 risk factors responsible for deaths and illness. Long-term exposure to outdoor and indoor air pollution has contributed to 6.1 million premature deaths from stroke, heart attack, lung cancer, and chronic lung disease and to a loss of 106 million life years lost worldwide in 2016. This makes air pollution the fourth-highest cause of death among all health risks, after high blood pressure, diet, and smoking.

Over 7 billion people or 95 per cent of the world population continue to breathe unsafe air. One in three persons globally faces a “Double Burden” due to the combined exposure to household burning and outdoor air pollution. “GBD is the most systematic effort to quantify the magnitude of health loss from all major diseases, injuries, and risk factors in populations across the world and that air pollution is the leading environmental cause of death worldwide. This year builds on GBD to reaffirm the serious nature of this problem,” says Robert O’Keefe, Vice President of HEI.

The new report explains that these numbers of GBD analysis highlight the critical interplay between the trends in population structure, underlying disease, and economic factors and air pollution levels. This particularly enhances the risk faced by the developing countries. Non-communicable diseases affected by air pollution are rising and are getting worse due to high levels of air pollution and growing ageing populations. The elderly experience the greatest loss of healthy life-years due to the non-communicable diseases that are affected by particulate matter. Among those 70 years or older, for example, PM 2.5-attributable ischemic heart disease alone accounted for 16.2 per cent of life years lost in China, 17.8 per cent in India, and more than 20 per cent in parts of sub-Saharan Africa and of North Africa and the Middle East in 2016. Over the past 25 years, this burden in low-and middle-income countries has increased for those ages from 50 to 69 years—in India, for example, increasing by 24 per cent, from 9.1 million to 11.3 million life years lost. As Dan Greenbaum, President of HEI says, “Nowhere is that risk more evident than in the developing world, where a third of the world’s population faces a double burden of indoor and outdoor air pollution.

Robert O’Keefe told Down To Earth that “India faces the double burden of significant use of solid fuels and often high ambient exposures, and associated health impacts. The report highlights the double burden concept globally and notes some recent progress on air pollution reduction in India, including the positive steps associated with rural LPG and similar initiatives, and provides long term trend data on all countries.” Indoor and outdoor pollution contribute to 1 in 4 air pollution-related deaths in India.

India cannot afford to remain complacent or in denial any more. With so many people dying early and falling ill and losing productive years due to air pollution, it is a state of health emergency. As India, along with other developing countries, is poised for an enormous demographic and epidemiological transition, the pollution levels and health risk needs to decline significantly in the coming decade to offset health impacts from growing numbers of people and ageing. This demands nation-wide intervention to ensure stringent mitigation and a roadmap to meet clean air standards. This needs action in leaps and not small steps.