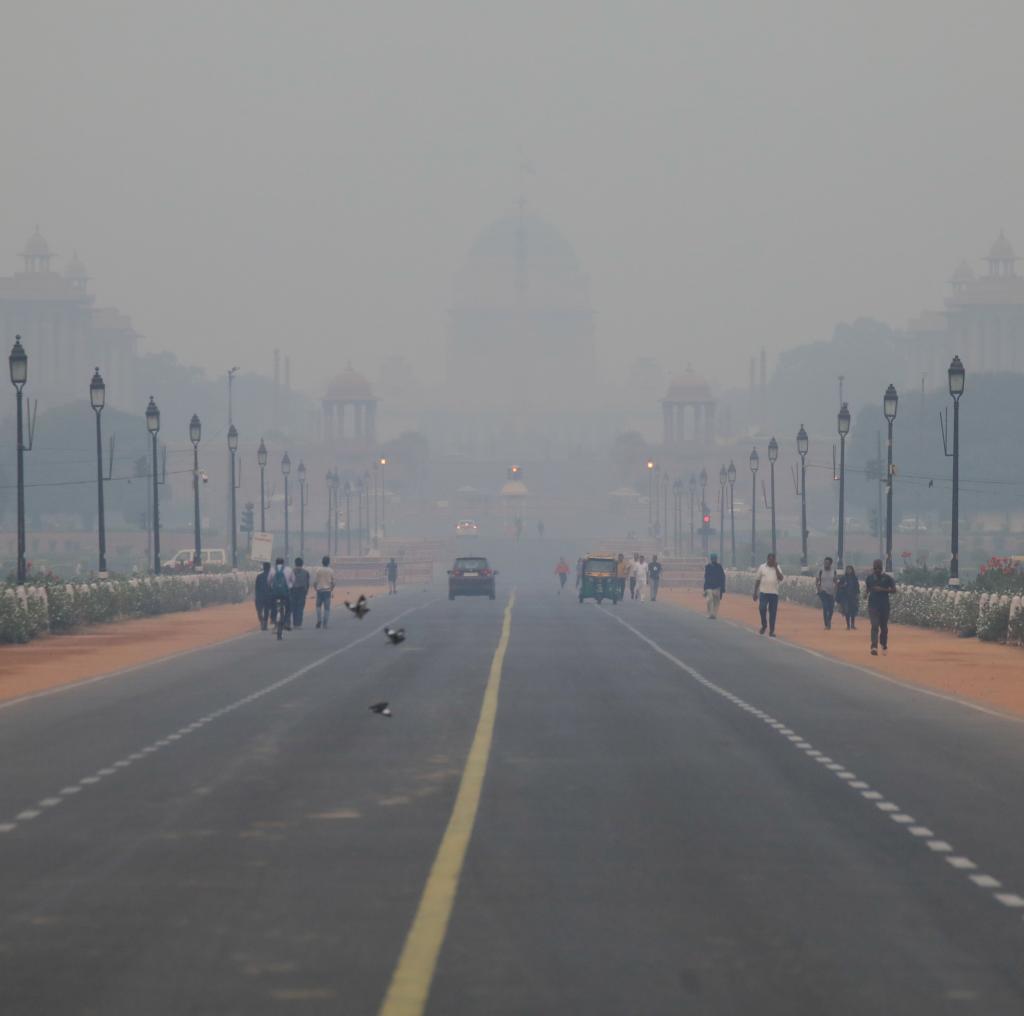 The Capital’s air quality index (AQI), in fact, inched towards ‘severe’ October 24, itself — at 366 it was the worst this season yet.

“What is not certain is if the wind direction will change on October 25 for the better or worse,” the EPCA said and added:

“For the moment our recommendation is that we must ensure enforcement on ground to check all polluting sources. We are also reiterating the advice given to be safe from COVID-19 that we should only go out when absolutely necessary and at all times wear masks.”

The concentration of toxic pollutants has increased sharply in Delhi’s air. While PM (particulate matter) 2.5 was at least five times more than its World Health Organisation (WHO) prescribed limit of 60 microgramme per cubic metre (μg/m3), PM10 was three times more than the prescribed standard of 100 μg/m3.

The wind speed has reduced to 5-10 kilometres per hour, while the ventilation index was around 10,000 metre squared per second.

Similarly, an increase in moisture due to dip in temperatures has also contributed to high pollution.

“If moisture  increases, the overall mass of pollution particles will increase even if number of particles remain the same,” explained Sachin Ghude, scientist at Indian Institute of Tropical Meteorology (IITM), which operates the SAFAR portal.

“Due to all these conditions, pollution is getting circulated and trapped around Delhi and not getting dispersed either horizontally or vertically,” Ghude said.

“Stubble burning will end by November 15. But  worse conditions will prevail mid-December and January. The overall situation will be like last year,” Ghude added.