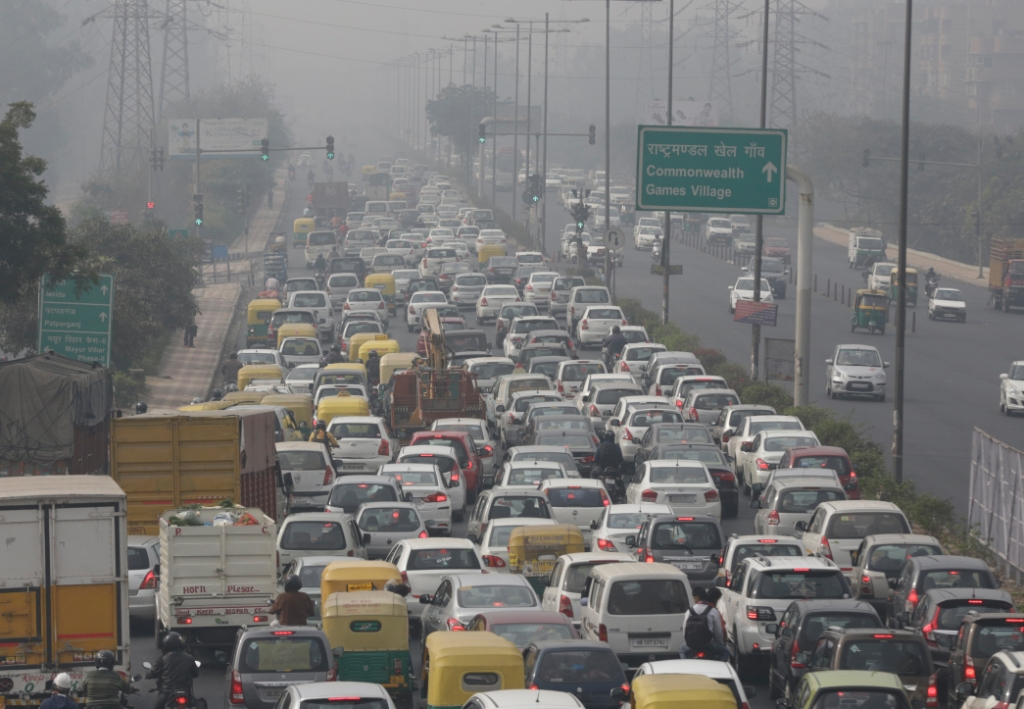 Worldwide 1.2 billion new cars will be on roads by 2050, as per the World Bank report (Credit: Vikas Choudhary/CSE)

As Indian cities slip into that unfathomable vortex of air pollution, comes another shocker: 100 per cent Indians are exposed to PM 2.5 air pollutants in excess of the value specified by the World Health Organization (WHO) air quality guidelines, according to a report by The World Bank.

PM 2.5 or particulate matter 2.5 are tiny particles with diameters of 2.5 micrometres or less, which can reach deep into the lungs and enter the blood circulation system. Exposure to these particles triggers asthma, lung irritation and coughing while in the long-term, it can cause lung cancer.

The recently released Global Mobility Report 2017 by The World Bank is the first ever attempt to examine the performance of the transport sector globally. This report collated air pollution data from 103 countries. It has found that all Indians were exposed to PM 2.5 in excess of the WHO guideline.

Worldwide, the report finds, 98 per cent of cities in developing countries do not meet air quality guidelines, as against 56 per cent such cities in high-income countries.

“Only 10 per cent of people around the world live in cities that comply with WHO air quality guidelines. Some of the most populous and rapidly expanding cities in the world suffer the most, as population growth leads to increases in congestion and fuel consumption, especially in the transport sector,” says the report.

Estimate suggests passenger traffic will exceed 80 trillion passenger-kilometers—a 50 per cent increase from current level. Worldwide 1.2 billion new cars will be on roads by 2050.