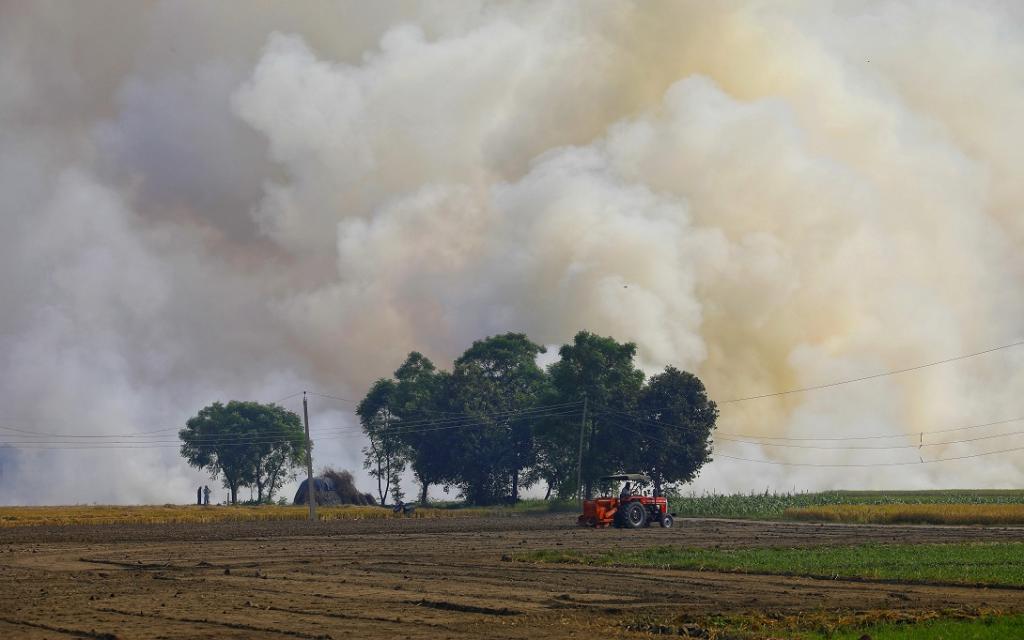 Farmers in Punjab and Haryana burnt stubble of early sown paddy in 222 incidents of fire during September (through September 26) to grow vegetables, according to data from the National Aeronautics and Space Research Administration (NASA).

The fire incidents were mapped by NASA’s Fire Information for Resource Management System. It showed that Amritsar district and parts of Tarn Taran district, both in Punjab, were the hotspots for stubble burning.

The stubble burning season for kharif crops usually peaks in the run-up to Diwali. “Some farmers in Amritsar and Tarn Taran, who grow vegetables, are clearing the early sown varieties of paddy. It happens every year,” Krunesh Garg, member secretary of the Punjab Pollution Control Board told Down To Earth.

Early sown varieties of paddy are often preferred for planting in Punjab over the more traditional way of sowing paddy through saplings. This is because these varieties require less water are sown in June, which coincides with the onset of monsoon in the state. 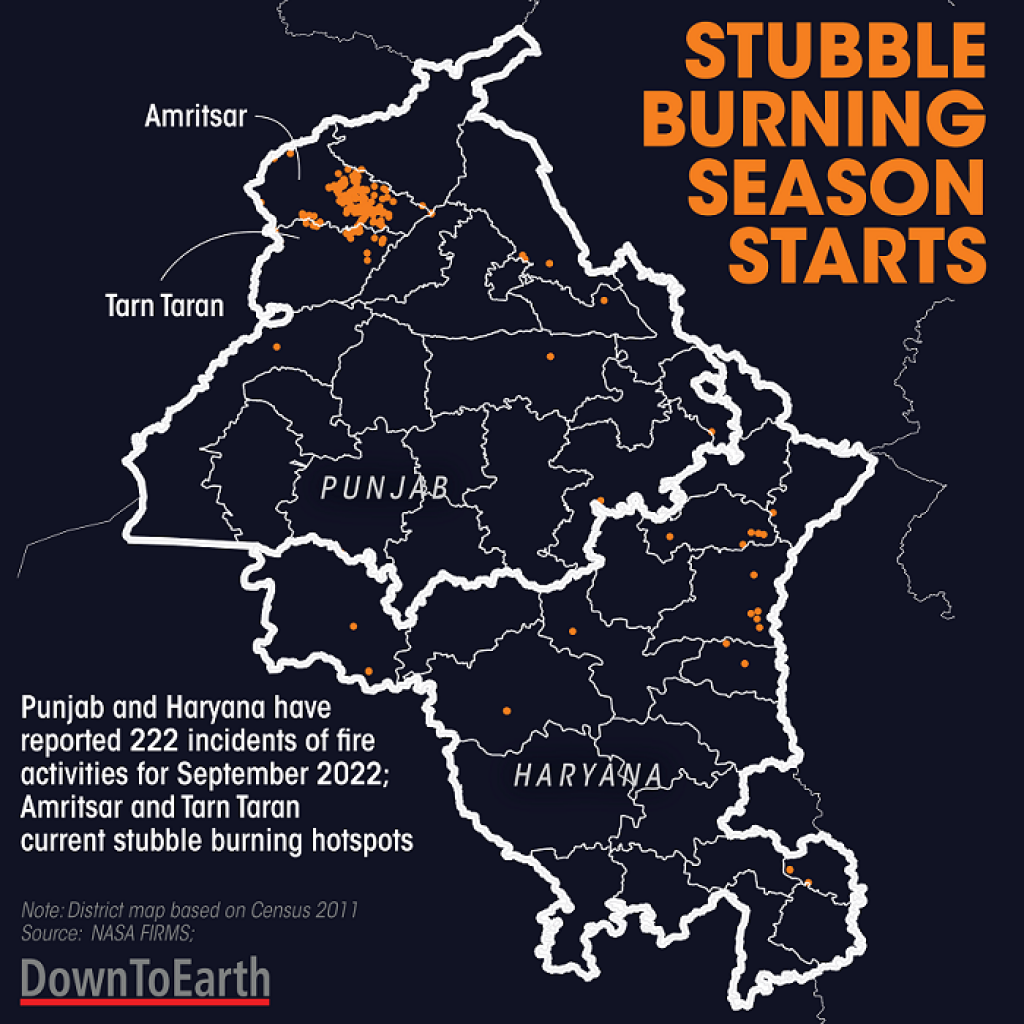 Northern states of the country received heavy showers last week. But NASA’s fire activities data suggests that didn’t deter farmers from clearing the stubble for the next sowing season.

The two states reported the highest number of fire activities September 21 and 22, with over 40 per cent of the stubble clearing undertaken on these two days. This even as many parts of north India were experiencing an incessant spell of rain.

Stubble burning or clearing the stalks after paddy has been harvested is a widely-used method in India. However, the farmers in Punjab and Haryana have come under heavy criticism because stubble burning in these states coincides with deteriorating air quality standards across Delhi and the National Capital Region (NCR) in the run-up to Diwali, when maximum fire activities are reported.

Stubble burning itself does not solely contribute to deteriorating air quality in Delhi-NCR. It also depends on other factors like wind direction and speed, according to Objective evaluation of stubble emission of North India and quantifying its impact on air quality of Delhi published in 2018

Farmers resorting to stubble farming could be fined Rs 2,500 for every incidence, under the Commission for Air Quality Management Act. The amount could increase to Rs 15,000, depending on the number of holdings a farmer owns.

“We have observed stubble burning incidences in Amritsar and Taran Tarn districts. We have made ‘red entries’ against farmers responsible with the revenue department,” Garg told DTE.