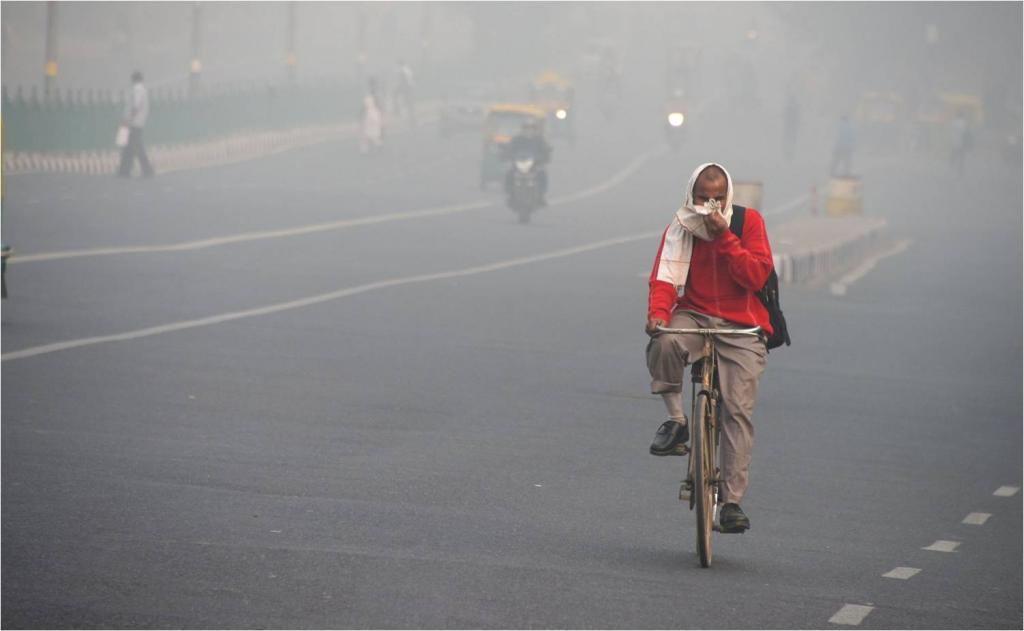 There is a reason for this conversation today. The new analysis of the Environment Pollution (Prevention and Control) Authority (EPCA) and Centre for Science and Environment (CSE) shows first sign of improvement in winter air quality in Delhi-NCR after GRAP implementation. Smog peaks are lower this winter though the overall air quality is not even close to being called clean yet. With this action and evidence, Delhi-NCR joins the global league of governments who issue daily health alerts and take emergency action for public health protection.

It is difficult for many to fathom how short-term daily action provides air quality and health benefits? Smog episodes occur when the weather is adverse, with calm or no wind, cold temperature, and lower mixing height of air which traps air and pollution very close to the ground level.  This increases exposure hugely. While nothing can be done to control weather, or to remove trapped emissions already emitted, short-term policy action can control further loading of emissions and prevent higher smog peaks and exposure. Of course, in the longer term, emissions must be permanently reduced so that peak episodes are not repeated.

Cities world-wide have shown improvement in air quality due to short-term emergency action during smog episodes. For instance, Santiago in Chile has found that daily alert action that includes restriction on driving, shutting major factories and prohibition of biomass combustion among others, have led to an immediate decline in air pollution on alert days—by as much as 20 per cent compared with similar days without alerts. Similar action is taken by Mexico City, Paris, and Beijing among others to tame the smog peak.

Increasingly, governments are putting a lot of emphasis on daily health alerts and health bulletins to make the majority of city dwellers aware of the severity of daily air pollution and health risks to take precautions. Delhi-NCR’s GRAP also includes a health advisory that says those suffering from heart diseases, asthma, and other respiratory disease may consider avoiding undue and prolonged exposure; minimise unnecessary travel, use public transport and avoid using private vehicles among others. But Delhi-NCR will have to roll out an effective daily health communication system.

Similar advisories in other countries are more elaborate and are widely disseminated. They advise children to discontinue vigorous outdoor activities regardless of duration. Outdoor physical education classes, sports practices, and athletic competitions are re-scheduled or canceled. Those with heart or lung disease need to avoid outdoor activity. Advisories encourage the public to reduce unnecessary driving and promote car pools. They encourage employers to limit the amount of time their employees work outdoors.

It is often not clear to many if people take note of the daily health bulletin at all to take precautions. Even though several governments are communicating air quality risks on a daily basis, in reality, penetration of this information remains limited and response lukewarm. This reduces the scope of impact. A US study in Portland and Houston in 2003-2005 found that one-third of the participants studied were aware of air quality alerts and 10-15 per cent of individuals reported changing behaviour in response to smog alerts. Thus, the extent of the benefit will depend on more aggressive and quality communication and outreach to make the public aware.

There are evidences of behaviourial changes. The US-Cross-sectional study in six US states in 2005 on behavioural risk factor surveillance system, found that about a third of adults with asthma and 16 per cent without asthma reported change in outdoor activity due to media alerts.  Individual perception of poor air quality and health professional advice greatly increased the reported behaviour change.

Health alerts also impact on attendance in outdoor events during a smog episode. The evidence in the Lancet Review of January 2018 has shown that air quality alerts in southern California reduce attendance at outdoor venues by about 2-3 per cent when people understood the peril of going outdoor.

Smog alerts also increase demand for health services during smog episodes. In the UK, text messaging about air quality has increased use of health services among a group judged at risk for adverse effects of air pollution exposure.

Hong Kong has even gone to the extent of making its daily air quality index and alerts more health-based. It has replaced the Air Pollution Index system (similar to India’s that classifies days based on the severity of air pollution), with Air Quality Health Index (AQHI) system in 2013. Their AQHI is based on cumulative health risk attributable to three-hour moving average concentrations of Ozone, NO2, SO2 and PM2.5 or PM10. This is based on the relationship between local air pollution and hospital admissions and provides a locally relevant index with health reference. Health advice is given according to the degree of susceptibility like existing heart or respiratory illnesses, children and the elderly, outdoor workers, and general public.

This trend will get stronger with more governments issuing pollution and health alerts and citizens becoming more aware and responsive. Public response will get sharper with growing citizen science and with more people getting access to low-cost air quality monitors to track air quality. There is already a big shift towards personalised systems with small low-cost sensors and crowd sourcing of air quality data and mobile technologies used for warnings and guidance and to lodge complaints against polluters. People will respond more effectively.

There is an opportunity for improving dissemination of health alerts in Delhi-NCR and other cities where real time air quality monitoring is improving. At the national level, the Union Ministry of Environment, Forests and Climate Change is further refining the health advisory. To maximise health benefits from GRAP, emergency action will have to be supported by strong and effective public communication on health consequences.

Let us not shy away from a wider and more effective dissemination of health consequences for fear of public scares. It is the state’s obligation to let people know the risk from toxic air. With more matured awareness, people can take precautions to reduce risks while supporting and pushing for hard action.