India has three of the world’s 50 nitrogen emission hotspots

The latest Greenpeace analysis finds areas in Delhi-NCR, UP, MP and Odisha as the biggest contributors of nitrogen pollution in India 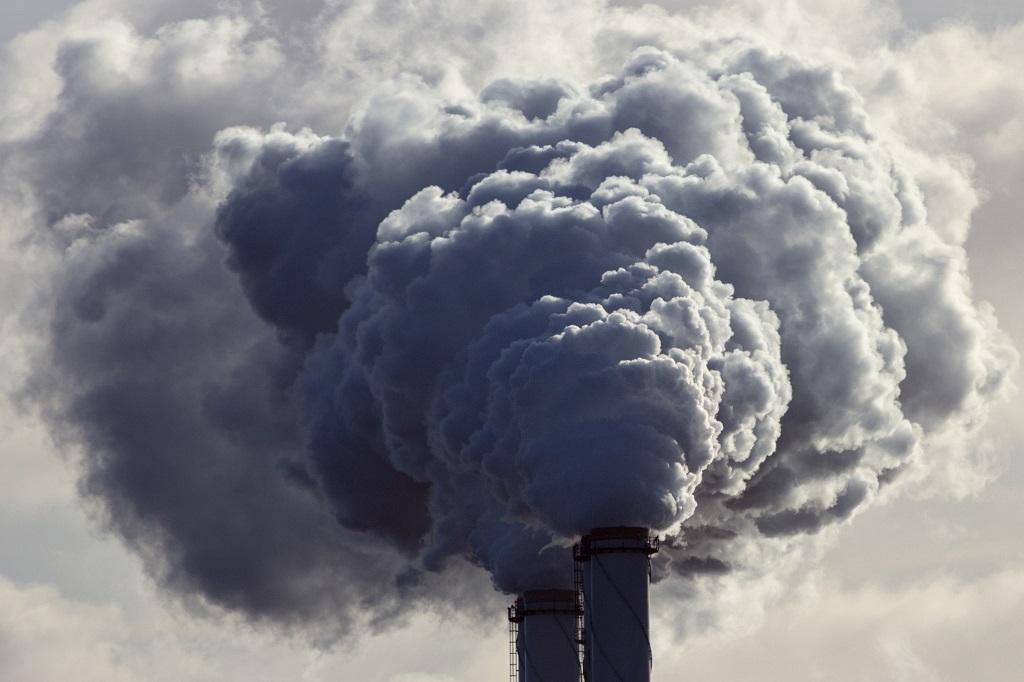 Power generation from coal and oil has been found to be the main source of emissions. Credit: Getty Images

South Africa’s Mpumalanga province emits the highest amounts of nitrogen dioxide (NO2) in the air, says a new Greenpeace analysis based on satellite data. It is home to a cluster of a dozen coal-fired power plants with a total capacity of more than 32 gigawatts owned and operated by Eskom.

Out of 50 hotspots identified by Greenpeace, 10 are in China, eight in the Arab world, four in the EU and three each in India, the US and DR Congo. The three in India are Delh-NCR, an area that falls in both Sonbhadra in UP and Singrauli in MP and another Talcher-Angul in Odisha. This includes 10 power plants and industrial clusters in China, 14 megacities with very high transport-related emissions, including Santiago de Chile, Tehran, Dubai, London and Paris as well as places in Congo and Angola where crop residue is burned.

Some hotspots, such as Seoul, Jakarta and New Delhi, have a mix of contributing sources, including transport, coal power plants and manufacturing.

Power generation from coal and oil has been found to be the main source of emissions at 19 out of the 50 largest number of hotspots, followed by manufacturing industries (14), most notably steel plants in China and transportation (10). These sources were identified via the global EDGAR gridded emissions inventory, a comprehensive peer-reviewed map of emissions sources. 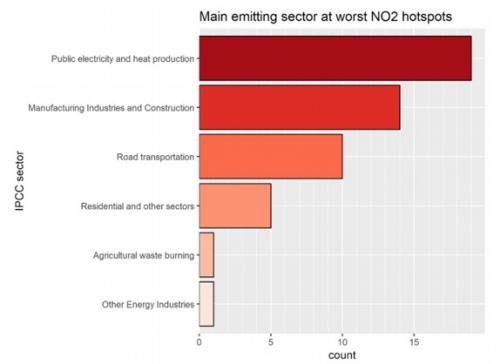 Weak emission regulation for power plants is one of the major reasons for such high emissions at the hotspots in the world. The weak standards allow these plants to emit multiple times more pollutants than the best practice. For example, South Africa, with the most prominent power plant hotspot, allows 10 times more NOx emissions from coal-fired power plants than China and Japan. German lignite plants feature as the worst NO2 hotspots in the European Union because their emission standards also lag behind international best practice.

NO2 is a dangerous pollutant that contributes to the formation of PM2.5 and ozone, two of the most dangerous forms of air pollution. So, breathing air with a high concentration of NO2 can irritate airways in the human respiratory system. Such exposures over short periods can aggravate respiratory diseases, particularly asthma, leading to respiratory symptoms (such as coughing, wheezing or difficulty breathing), hospital admissions and visits to emergency rooms. Longer exposures to elevated concentrations of NO2 may contribute to the development of asthma and potentially increase susceptibility to respiratory infections.

Recognising health effects of NO2, Greenpeace calls for an energy revolution that removes reliance on fossil fuels and focuses on renewable energy and energy efficiency. It also advocates for improved mobility by reducing dependency on private cars and adopting electric vehicles.