Fourteen of the world’s 20 most polluted cities are in India, says the new WHO database 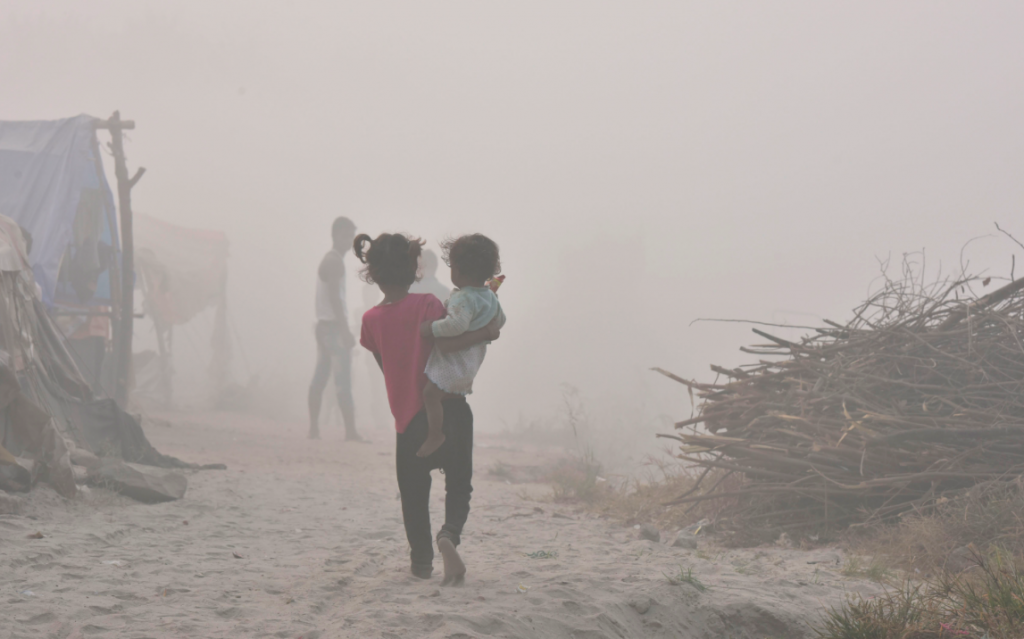 Among the worst-affected cities in the world, Indian cities top the list. Credit: Vikas Choudhary

The World Health Organization (WHO) has once again sent out the grim reminder that all is not well with the global state of air. The latest and updated urban air quality database for 2016 released by the WHO, shows that as many as 9 out of 10 people breathe air that breaches safe limits. As many as 7 million people are dying every year due to ambient and household air pollution as exposure to fine particles that go deep into the lungs and cardiovascular system, cause stroke, heart disease, lung cancer, chronic obstructive pulmonary diseases and respiratory infections. But the most disquieting fact is that among the worst affected cities in the world, Indian cities top the list.

Highest number of Indian cities among 20 worst polluted: The WHO reconfirms that several Indian cities have become death traps because of very high level of PM2.5 (particulate matter less than 2.5 micron size). Of the 20 most polluted cities in the world, the top 14 are in India. These include Kanpur, Faridabad, Varanasi, Gaya, Patna, Delhi, Lucknow, Agra, Muzaffarpur, Srinagar, Gurgaon, Jaipur, Patiala, and Jodhpur—in that order. This may be read with the rider that air quality data for 2016 has a smaller sample size of 859 cities compared to previous years. For 2015, air quality has been updated for 2,481 cities; for 2014 about 2,545 cities; and for 2013 about 2,291 cities.

Delhi at a cross roads: Delhi’s ranking might have improved from 4th in 2015 to 6th in 2016 but that is not because its pollution levels have improved; but because more Indian cities have become more polluted than Delhi. In fact, Delhi’s PM2.5 levels have deteriorated since 2015. However, this database should not diminish the effort that Delhi has made since 2015-16 to control air pollution more aggressively. This database for 2016 is not expected to capture the impact of action on air quality and the improvement since 2016 that has already been noticed.

More small and new cities scale the dubious height: Improvement in air quality monitoring in India has also helped to capture pollution levels in a wider set of cities. This shows several new cities have joined the rank. These include Faridabad, Gaya, Jodhpur, Patiala, Srinagar, Gurgaon and Jaipur. It seems India is only shuffling cities in worst-20 category. While new cities have appeared in the top 20 list, some others have also gone off the top 20 list. These include Dhanbad, Khurja, Howrah, Dehradun, Amritsar, Khanna, Gwalior, and Raipur. While most polluted cities are in the northern region which, being landlocked with adverse climatic conditions and concentration of highly polluting activities is especially vulnerable, cities in other regions also need strong action. Even a coastal city like Mumbai has PM2.5 level which is 1.7 times the annual standard for PM2.5. For them, the benchmark is not the northern region but the clean air standard.

More cities from India in worst-20 rank than China: The new database that has provided more updated air quality data for different years since 2010 brings out yet another notable comparative trend in the two most highly affected countries of India and China. While in 2013, as many as 16 Chinese cities were among the 20 most polluted cities in the world, including Beijing, now there are only 4 Chinese cities among the top 20 in 2016.  It is just the reverse trend for India. In 2013, about 3 Indian cities were among the top 20 which has now increased to 14 cities in 2016, according to the updated database. This is based on the updated air quality data for 2,291 cities for the year 2013 and 859 cities for the year 2016.

China has been able to bend the curve due to scale and stringency of action. Some of the key steps taken by China in recent years to control air pollution include an early transition to Euro-V nationwide, a cap on nation-wide coal consumption, massive efforts to reduce power plant and industrial emissions, controlled output of some products like steel and aluminium in 26 cities and capped car sales in key cities—16 cities have either introduced vehicle quota system or license plate ban, and have controlled solid fuel use in millions of households.

Scary global health score: The WHO has given the aggregated health impact data for different regions of the world. This shows that low and middle income countries of South East Asia are the worst affected. Indian cities are part of this region where 1.3 million deaths occur every year. At least 68 deaths occur per 100,000 inhabitants which is second highest after the Western Pacific region.  According to the WHO, air pollution is a critical risk factor for non-communicable diseases, causing an estimated one-quarter (24 per cent) of all adult deaths from heart disease, 25 per cent from stroke, 43 per cent from chronic obstructive pulmonary disease and 29 per cent from lung cancer. This has serious implications for India where disease burden is increasing.

Solid fuels for cooking still a big killer globally—India has taken positive steps: According to the WHO, globally around 3 billion people—more than 40 per cent of the world’s population—still do not have access to clean cooking fuels and technologies in homes. However, the WHO acknowledges India for taking measures to tackle and reduce indoor air pollution.  It states that in just two years, India’s Pradhan Mantri Ujjwala Yojana Scheme has provided some 37 million women living below the poverty line with free LPG connections to support them to switch to clean household energy use.

The new WHO data base reminds us once again that Indian cities cannot afford to fall behind when their pollution levels are rising rapidly and reaching unbearable heights. The new initiative of the Union Ministry of Environment, Forest and Climate Change on the National Clean Air Action Plan has to ensure that all Indian cities implement effective and locally appropriate action plans with strong compliance requirements. Action needs to gather momentum in all cities to implement hard measures and to meet clean air standards.