Negotiations on Montreal protocol one step closer to phasing out HFCs

Slight progress made, much anticipated in the next meeting in July 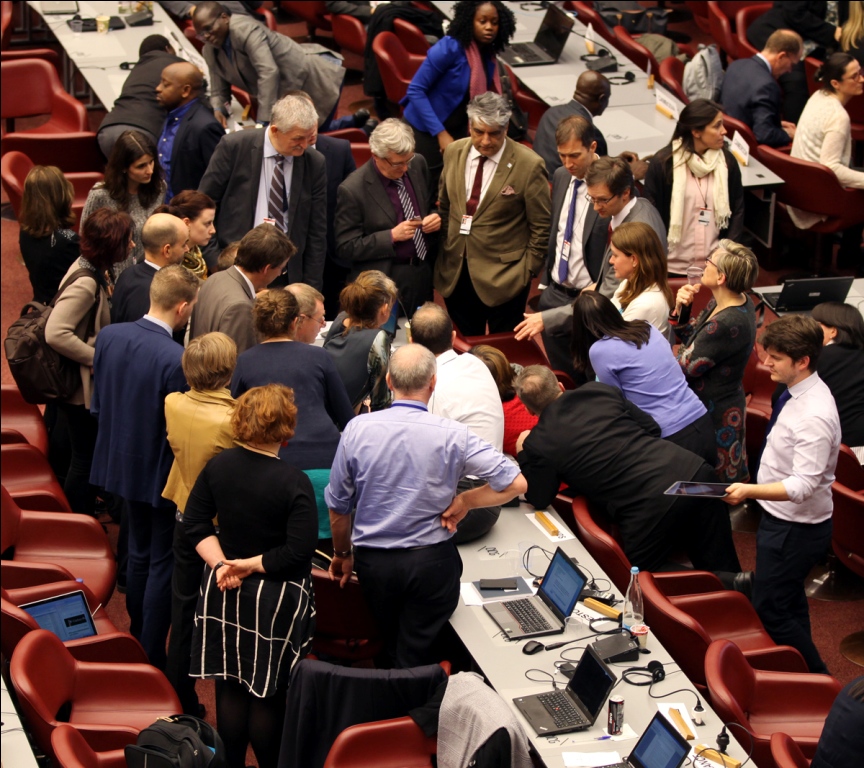 Parties to the Montreal protocol negotiated in Geneva last week at the 37th Open-Ended Working Group (OEWG), with the intention of phasing down Hydrofluorocarbons (HFCs).

The Montreal Protocol was mainly intended to negotiate Ozone Depleting Substances (ODS) that cause damage to the ozone layer. ODS have been replaced by HFCs, which have a very high global warming potential (GWP). All parties met in Dubai last year and formed a contact group to discuss the phasing down of HFCs.

The first day of the conference began on a positive note. It discussed the Technology and Economic Assessment Panel (TEAP) report and primarily focused on the refrigeration and air conditioning sector. In its report, TEAP presented 80 different alternatives which have the potential of replacing HFCs. After the presentation, the parties requested TEAP to come up with a matrix which could help them compare different alternatives to HFCs and were mainly disappointed that cost implications and economic feasibility did not reflect in the report which would help them make a decision. The parties also had an opportunity to meet TEAP informally later in the week. TEAP has announced that it will rework the report and submit it along with the second report which is due to be submitted in Vienna in July.

Discussion on exemption for High Ambient temperature and intellectual property rights took centre stage for the next two days of the conference. After many bilateral discussions in backrooms, the US submitted a reworked proposal on exemption for High Ambient temperature countries which would qualify 34 countries to get the exemption if the proposal is passed in Extraordinary MOP in Vienna. Safety standards also stood out as a major concern for many parties.

Delhi-based non-profit Centre for Science and Environment (CSE) hosted a side event on “Intellectual Property Rights (IPR) impediments to an HFC phase down”. Based on the findings of a patent analysis done by commissioning a study to Council of Scientific & Industrial Research (CSIR), CSE made a revolutionary suggestion to exclude the mobile air conditioning (MAC) from amendment to solve the IPR issue. The MAC sector only contributes between 10 to 15 per cent of emissions or tonnage of refrigerant gas but the IPR issue, which is very specific to it, has been blocking negotiations to go forward. And as there are natural alternatives available in every sector other than the MAC, CSE expressed concerns that this might lead to a delay or a weak HFC amendment, which would be detrimental. CSE, in its presentation suggested that the MAC sector could be excluded from the negotiations now and could be reviewed in a technical review process later when a natural alternative became available.

The last day of the negotiations under the Montreal protocol in Geneva ran late into the night just like the previous meeting in Dubai. After the initial announcement in the plenary in the morning, the whole day was suspended and meetings were held in the backrooms. The parties finally met officially in the contact group at 9 pm but could not come to a consensus on the text to be discussed. They, however, have come up with a working draft of informal group consulting on solutions for challenges on funding issues and flexibility of implementation and solutions on funding challenges. These documents are expected to carry forward the discussion in Vienna.

Overall, in this conference, progress has been made on High Ambient temperature exemption, funding and flexibility of implementation. But it was a disappointment that parties could not find solutions to all the challenges identified and come to a consensus on text and are yet to start discussing the amendment proposals put forward by various groups. The plenary was suspended and not concluded, leaving scope for the contact group to meet again before the next plenary meeting in Vienna.