Takes on motivated and half-baked science 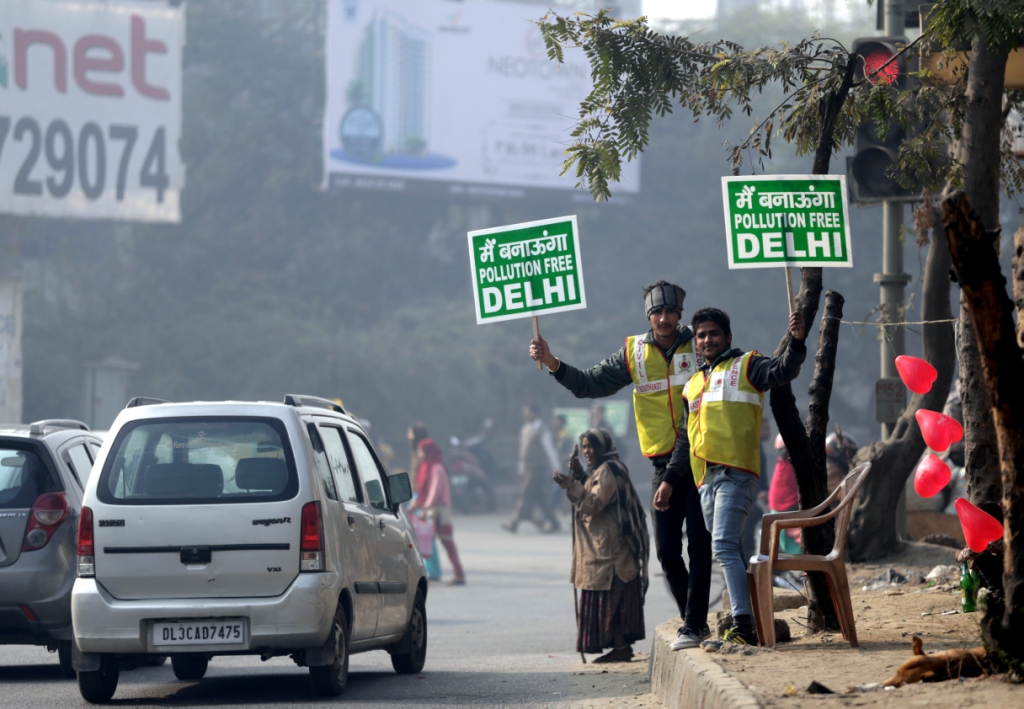 The Centre for Science and Environment (CSE) has stated that the second phase of the Odd-And-Even scheme in Delhi in April had worked for its first 10 days, but was proved ineffective later due to crop and forest fires in neighbouring areas.

The non-profit made the remarks while releasing its analysis of air quality data during the second phase—from April 15 to April 30. The analysis shows that air pollution only registered a sudden spike from April 22 onwards.

As part of the analysis, CSE also cited NASA satellite pictures which showed massive crop fires in Punjab and Haryana that started around April 19 and which could be the reason behind the rise in pollution levels.

The CSE investigation was triggered by the widespread media reportage on the findings of dat journalism website India Spend that PM2.5 had increased by 23 per cent and PM10 by 22 per cent compared to the previous fortnight. This was also used by the automobile industry in the Supreme Court hearing on April 30 to claim that this showed that vehicles were insignificant contributors to pollution and therefore did not merit stringent action.

In its press release, CSE said that its investigation had exposed the "half-baked and irresponsible explanation" that the Odd-And-Even scheme had not helped in reducing air pollution in Delhi and helped create the industry myth that vehicles were not the problem. India Spend and the industry, it added, had failed to catch the reason for the sudden spike in pollution post-April 22. They had missed the massive crop fires that started around April 20 and got intense over time and elevated pollution not only in Delhi, but in other cities of northern India as well.

CSE said that Odd-And-Even was an important temporary emergency measure to help control the worsening of pollution. But this would have to be implemented along with longer term solutions for lasting air quality gains.

What has CSE found?

PM2.5 and NO2 suddenly spiked post-April 23 and continued till April 30: There was a distinct and sudden spike of pollution after April 23 when PM2.5 increased by as much as 92 per cent and NO2 by 47 per cent. In fact, air quality index (AQI) reported for the key north Indian cities including Delhi, Faridabad, Agra and Lucknow shows an overall increase in PM2.5 after April 26. Within a day, the AQI worsened by 22 to 20 per cent by April 26. The AQI of Delhi worsened by 16 per cent.

CSE investigated the reason for the sudden pollution spike and found raging crop fires after April 21: This sudden spike in pollution after April 23 had to have a reason. CSE therefore investigated based on NASA satellite imagery (NASA web fire mapper) and found that before the Odd-And-Even scheme and during the first few days, there was virtually no crop fire in Punjab and Haryana. But April 21 onwards, there was a sudden spurt in crop fires that became widespread and intense from April 23 onwards. April 26 was particularly bad. During the spike, the pollution levels increased despite the increase in wind speed 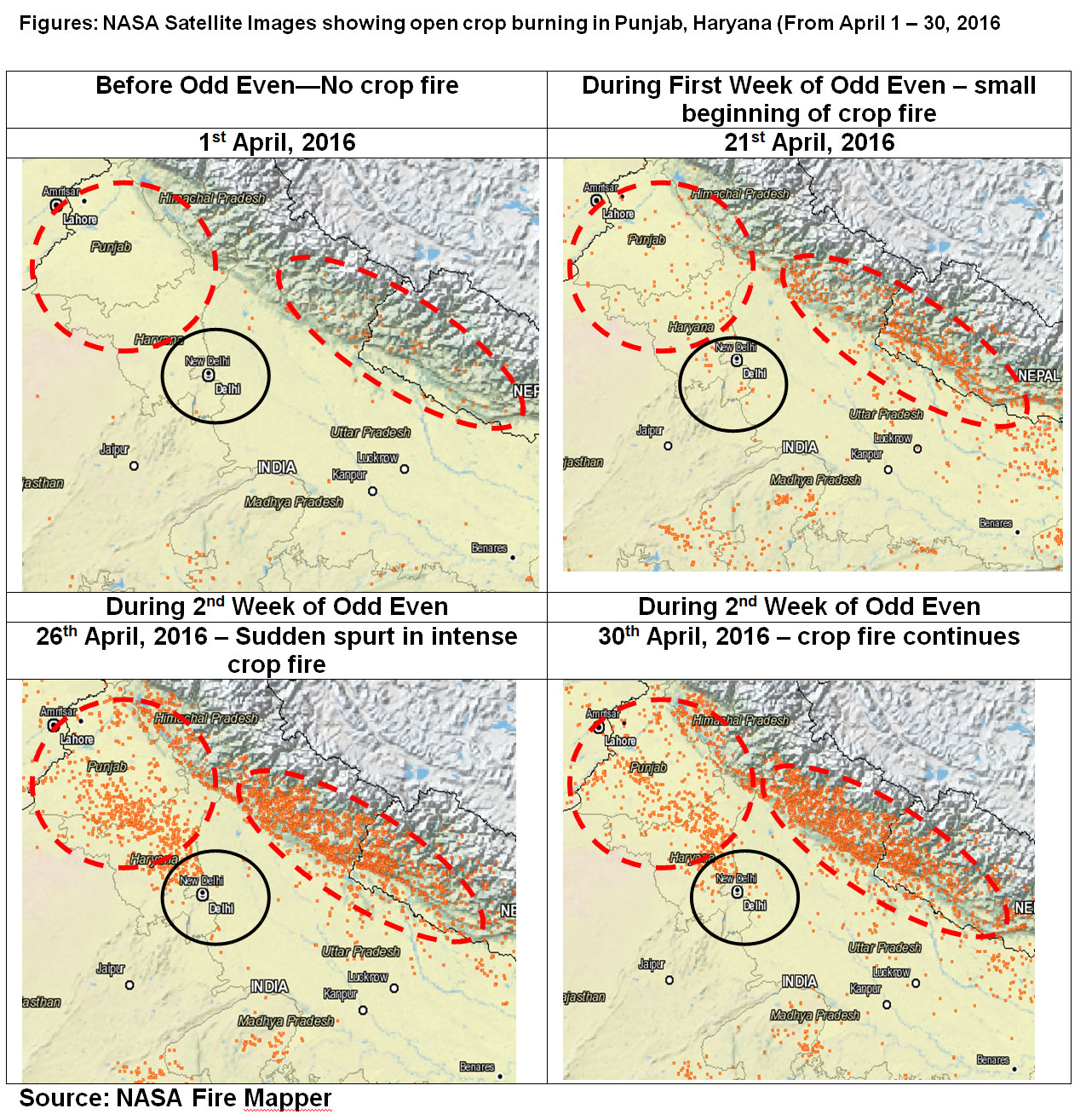 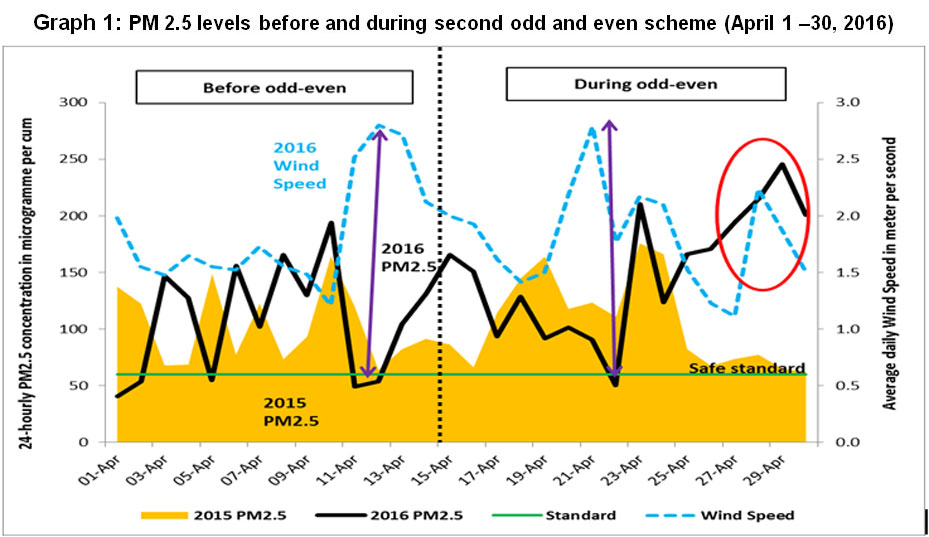