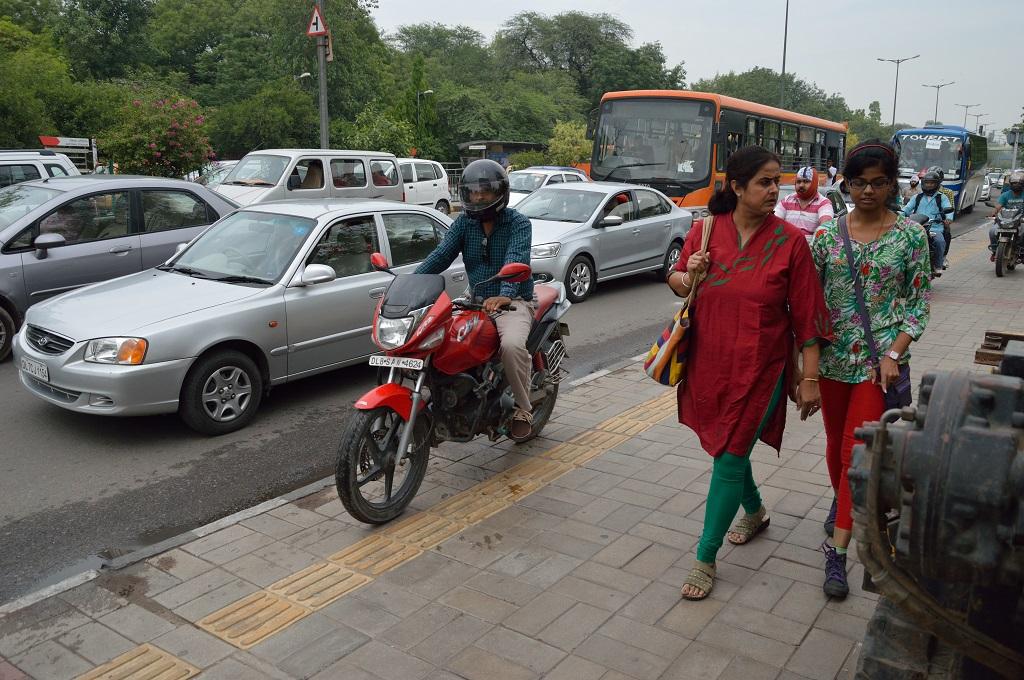 At least 90 per cent of the monitoring stations have recorded ozone levels that exceeded the eight-hour standard Credit: Wikimedia Commons

Delhi and the National Capital Region has witnessed substantial ozone build-up this summer, adding to public health risk, according to the latest analysis by the Centre for Science and Environment (CSE).  There were at least 23 days during February-May, when ozone emerged as the major pollutant along with particulate matter in the daily air quality index.

There are some locations where ozone levels exceeded the standard on more than 50 per cent of the days during the entire period (February to May). These locations include the residential areas of Patparganj, RK Puram and Nehru Nagar; and industrial areas and low-income areas of Najafgarh and Sonia Vihar.

CSE has analysed ozone data from February to May 2018 to understand the ozone build-up this summer. It has considered ozone data from 31 automatic monitoring stations of Delhi Pollution Control Committee, Central Pollution Control Board and India Meteorological Department. Continuous data is available for 29 stations for this period. Data from the other two stations is sporadic.

The data shows progressive increase in ozone pollution with the onset of summer. Several densely populated areas have shown high frequency of days violating the ozone standards. With high pollution and temperature levels and growing heat stress, formation of ozone has accelerated and is frequently exceeding the standards.

“While we know that the problem of ozone escalates during summer, what is surprising this year is the number of days when the daily Air Quality Index has shown ozone also as a dominant pollutant along with the particulate matter. These are the early signs of a grave trend. Even before the health risk from particulate matter could be addressed, ozone has raised its ugly head in Delhi and NCR. The comprehensive action plan will require stringent and time-bound action to avert public health crisis,” says Anumita Roychowdhury, executive director, research and advocacy and head of CSE’s air pollution programme.

The number and frequency of days exceeding the ozone standard increased with the progress of summer. At least 90 per cent of the monitoring stations have recorded ozone levels that exceeded the eight-hour standard, at least on some days. The highest eight-hour ozone levels were recorded in Najafgarh, Patparganj, Punjabi Bagh and Pusa where, on certain days, the levels have gone up close to two times the standard.

Ground level ozone is formed when oxides of nitrogen (NOx) and a range of volatile gases, primarily from vehicles and other sources, are exposed to each other in sunlight. Warm and stagnant air increases the formation of ozone. This is also the reason why we see high variability across the region depending on the local and meteorological conditions.

Green areas on the outskirts of the city like Dr Karni Singh Shooting Range near Asola sanctuary are most vulnerable. In Dr Karni Singh Shooting Range, ozone levels have exceeded the eight-hour average standards on 54 per cent of the days in February, 87 per cent of the days in March, 90 per cent in April, and 90 per cent in May.  This is very consistent from what we know from science. Ozone is formed in polluted areas. Some of it escapes with the wind to cleaner environments at the outskirts and build up there as it has no opportunity to further react with other pollutant to dissipate as it happens in the polluted areas in a cyclical process.

Air quality monitoring in Jawaharlal Nehru Stadium near Lodi Road CGO Complex and Major Dhyan Chand National Stadium near Delhi High Court have shown that the number of days with levels exceeding the standards are 47 per cent and 22 per cent of all the days during the entire period. In JLN stadium, only 4 per cent of the days in February had exceeded the standards, but it increased to 74 per cent in May. Major Dhyan Chand station shows an increase from zero days in February to 61 per cent of the days in May. However, Lodhi Road station shows low level of ozone pollution.

ALSO READ: Why should we worry about ozone?

Delhi and NCR needs to protect the citizens, especially the high-risk groups, including elderly, children, outdoor workers and people with asthma and lung disease. This is because ozone worsens symptoms of asthma, leads to lung function impairment and damages lung tissues. It can even worsen heart disease, bronchitis and emphysema. It increases emergency hospital visits and admissions related to respiratory diseases.

There is a strong association between ozone and daily premature death counts. Those with pre-existing diseases and lung diseases are at serious risk.

Growing concentration of nitrogen oxide and volatile organic compounds from combustion sources, especially from the spike in number of diesel vehicles, is adding to the deadly recipe of ozone in hot and extreme climate. It is also known to damage crops.

Under such circumstances, the recently finalised Comprehensive Action Plan must kick off immediately and should be implemented with absolute stringency and disciplined monitoring in a time-bound manner. This is needed for targeted reduction of gaseous emissions from vehicles, industry and power plants.