The Comprehensive Action Plan is the first-ever comprehensive set of short, medium and long-term measures for key sources of air pollution in Delhi and NCR 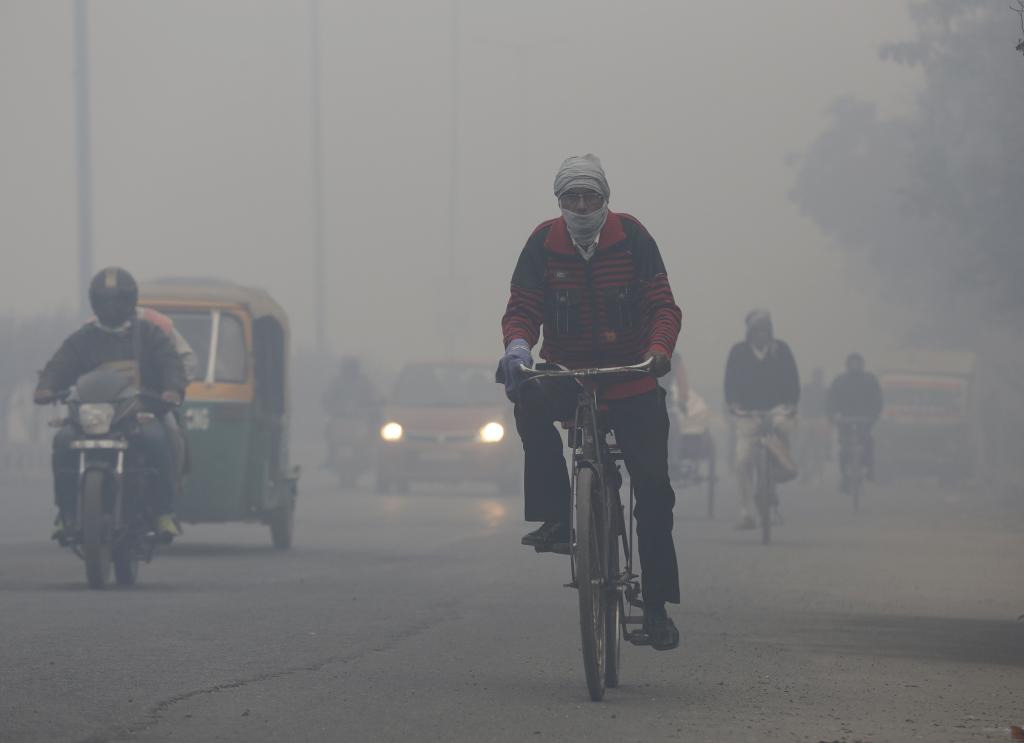 The number of days with satisfactory air quality has increased by 87 per cent this year since 2016 (Credit: Vikas Choudhary/CSE)

The Supreme Court, in its ruling on October 27, has directed the the Ministry of Environment and Forests and Climate Change (MoEF&CC) to notify the comprehensive action plan for a longer term strategy for all key sources of pollution in Delhi and National Capital region (NCR).

This action plan was prepared by the Environment Pollution (Prevention and Control) Authority (EPCA) under the direction of the Supreme Court.

This is the first-ever plan for this region that takes an integrated view of the problem and prescribes short, medium and long term measures for all key sources of pollution—vehicles, industry, power plants, waste burning, construction activities, road dust as well as episodic pollution like biomass burning. It has been welcomed non-profit Centre for Science and Environment (CSE).

Four action points related to vehicles—date of moving the manufacturing of all vehicle models to Bharat Stage VI (BSVI) standards, action on dieselisation, tightening of limit values for Pollution under Control (PUC) certification, and integration of on-board diagnostic system with PUC—have been set aside for further hearing. The rest of the action plan has been approved for notification.

Anumita Roychowdhury, CSE’s executive director-research and advocacy, says, “This plan is designed for sustained improvement in air quality over time to help meet the clean air standards. The challenge is daunting as the plan shows Delhi will have to reduce particulate pollution by at least 74 per cent to the meet the clean air standards. Such a target cannot be met merely with day-to-day emergency response and crisis management.”

Roychowdhury adds, “In fact, according to the notification of the Central Pollution Control Board (CPCB), as per the Air Act, daily and hourly standards should be met 98 per cent of the time in a year and they should not exceed the standards on two consecutive days.”

The proposed plan has identified the key implementing bodies that would be responsible for each of the action in a time-bound manner. It has also provided for a clear monitoring and oversight mechanism to assess implementation.

According to Roychowdhury, the plan has come at a very opportune moment when the Graded Response Action Plan (GRAP) has started to lower the daily pollution peaks. In fact, the CPCB in its Diwali pollution release has stated that so far this year the number of days with satisfactory air quality has increased by 87 per cent since 2016. Also, there is at least 28 per cent reduction in number of days with very poor air quality compared to 2016. Even though the Diwali night experienced emergency levels, pre-Diwali pollution was much lower than the pre-Diwali pollution in 2016. Favourable weather has helped, but stepped up action has also influenced this trend. A more comprehensive and integrated action is now needed to sustain the improvement over time.

Several action points listed in the plan have already been set in motion. An air quality monitoring plan for Delhi and NCR is already underway. Only trucks destined for Delhi and not older than 10 years are allowed entry after payment of an Environment Compensation Charge. The PUC programme is being reformed. The apex court has banned the use of dirty pet-coke and furnace oil and directed enforcement of new SOx and NOx emissions standards for the industry sector to come into force by December 31, 2017.

While these strategies will have to be taken forward, the new plan also asks for more systemic solutions. Some of these priority measures include expansion of the CNG programme in NCR, augmentation of public transport including bus sector reforms, parking policy as a demand management measure, policy and infrastructure for pedestrians and non-motorised transport, and moving power plants to natural gas.

The experience with GRAP has shown that several measures meant for high pollution days cannot be implemented effectively if more comprehensive systemic action is not put in place. For example, GRAP needs intensification of public transport services on high pollution days which is not possible without augmentation of the public transport system, last mile connectivity and transport connectivity within NCR. Bus fleet and ridership are already declining in Delhi. Impact of hiking parking charges by two to three times in a few commercial areas may be limited without a proper parking policy for the city. Only penalty on garbage burning without solid waste management and remediation of landfill sites will not work.