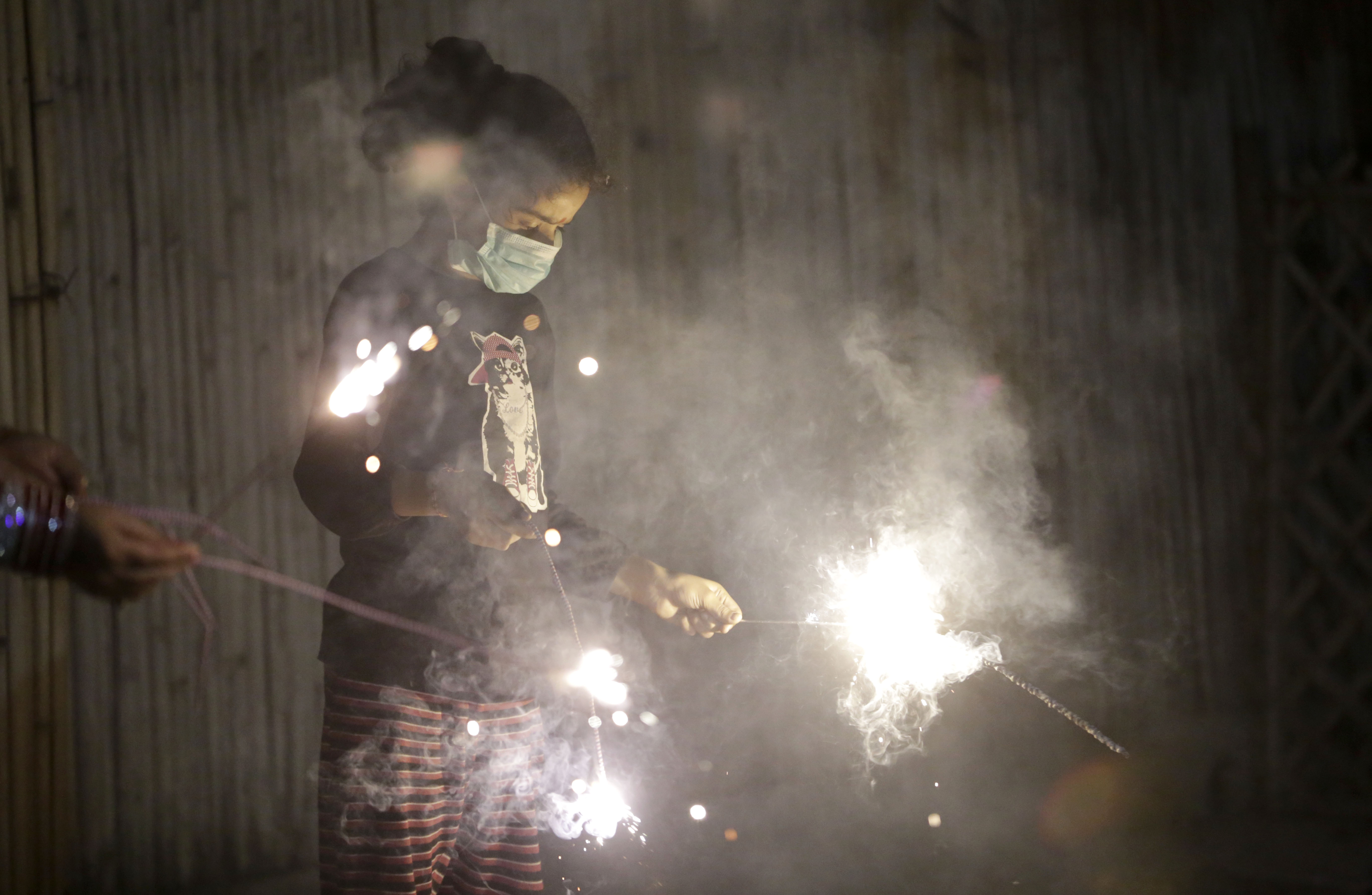 Bursting of crackers during Diwali has worsened air quality in many cities (Photo: Vikas Choudhary)

If you live in Delhi, Agra, Lucknow or Faridabad, chances are your lungs are bearing the brunt. Air Quality Index (AQI) data for November 13 shows that parts of Delhi and West Lucknow have "severe" pollution levels, increasing the risk of respiratory effects even in healthy people.

Latest AQI levels in Anand Vihar in East Delhi, Punjabi Bagh in West Delhi and R K Puram in South Delhi have crossed the 400-mark. Faridabad, Agra, Kanpur, Muzaffarnagar and Patna are not far behind, with AQI levels showing the air quality in these cities is "very poor".

Until 3 pm, AQI levels in Pune and Chandrapur in Maharashtra were poor while in Mumbai (Bandra), they were moderate. Air quality levels in Hyderabad also remained moderate. Chennai (IIT) is seeing "satisfactory" air quality, possibly due to heavy rainfall in the city.

Sustained media coverage has highlighted the severity of air pollution in Delhi. City-based non-profit Centre for Science and Environment has analysed data from Delhi Pollution Control Committee (DPCC) and Central Pollution Control Board (CPCB) to find that PM2.5 levels have exceeded safe levels by several times since the start of November. 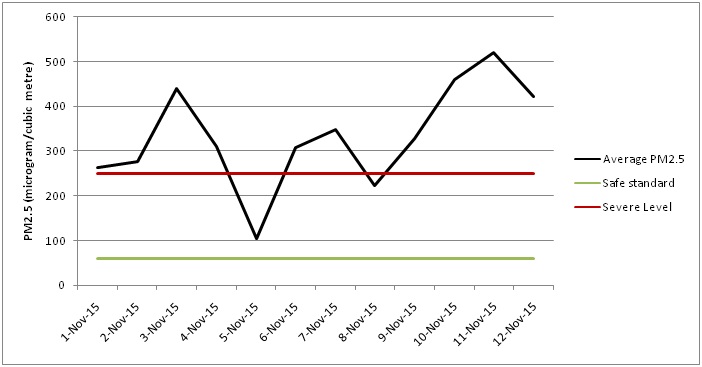 Such levels would have triggered a call for emergency in many countries since prolonged exposure to high levels of pollution can cause respiratory disorders in healthy people and severely affect those with existing heart and respiratory disorders. Even slight physical activity in such air could cause significant health impacts.

Action taken by other countries

A smog alert, which spans three consecutive days, is called when air pollution remains elevated in the worst category of the air quality index (severe in this case). In many countries, this would mean the shutting down of schools, factories and reduction of vehicles on the road. In India, there is no concept of a smog alert.

Countries issue air pollution warnings and health advisories so that people can protect themselves. They also take other appropriate steps to control the problem. For example, a rise in AQI in Paris saw an almost 50-per cent reduction in the number of private vehicles on roads and provision of free public transport. In London, vulnerable children and adult groups were asked to avoid outdoor activities during one such spike in air pollution and tips asking citizens to car pool and switch off car engines when not in use were also issued.

On similar red alert days in Beijing, kindergarten, primary and secondary schools are required to shut down, 90 per cent of government cars are taken off roads and private vehicles are allowed only on alternate days based on their number plates.