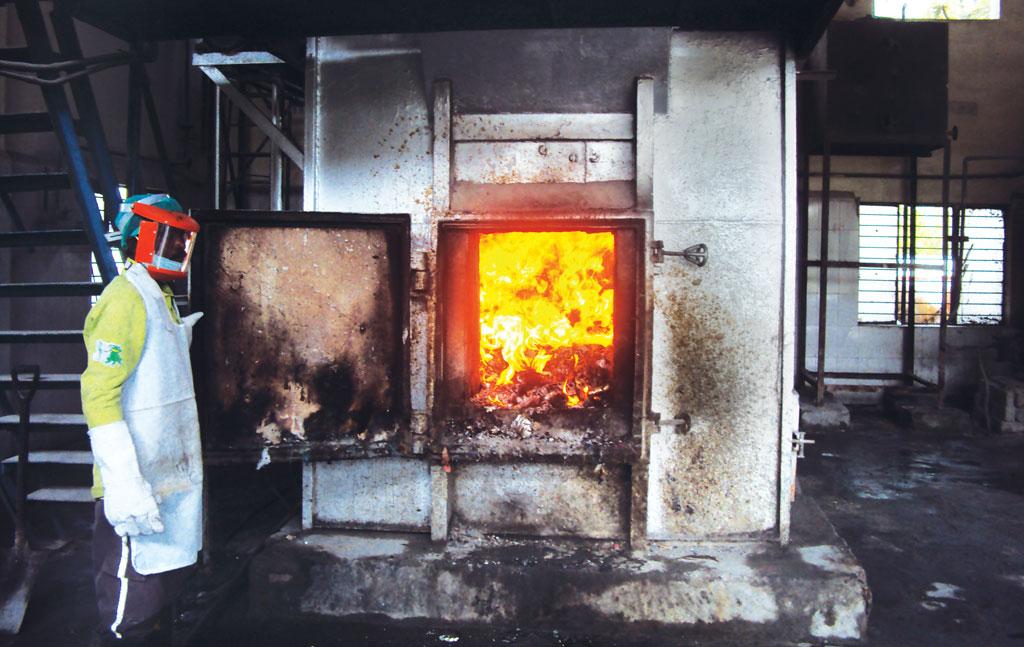 A biomedical waste incinerator in Bengaluru. The government has ordered that all common pollution treatment facilities must install CEMS (Photo: Sanjeev K Kanchan)

India's environmental governance is on the verge of a big overhaul. Between January and May this year, closure notices were issued to around 500 industries that failed to install continuous emission monitoring system, or CEMS.

CEMS is a real-time air and water pollution monitoring system introduced by the Central Pollution Control Board (CPCB) in February 2014 in 17 categories of most polluting industries and common pollution treatment facilities of the country. The board also ordered the 11 state pollution control boards (SPCBs) in the Ganga basin to direct industries within their jurisdictions to install CEMS for wastewater. Till March 2016, more than 80 per cent of the 2,764 industrial units that were supposed to install CEMS have either done so or started the process. Some SPCBs have also initiated CEMS installation in the polluting industries listed under CPCB’s ‘‘Red’’ category.

S M R Prasad, associate vice-president, JSW Steel, says CEMS will strengthen regulation over industries, make the system more transparent and industries more vigilant, and provide evidence to regulators to take actions on defaulters. Industrial pollution monitoring in India is done by SPCBs, mostly on quarterly basis. Except on the day when they are being inspected, most industries rarely follow emission norms. Though SPCBs are required to undertake regular checks, shortage of workforce, huge workload and inadequate infrastructure/technology hinder effective monitoring. Most industries falsely show compliance to emission norms by under-reporting their pollution levels. They get away with it because the existing mechanism to monitor, control and report pollution is severely inadequate. This is likely to change with CEMS.

CEMS comprises a pollution sampling and conditioning system, and a set of analysers or sensors integrated with hardware and software systems to collect, handle and transfer data (see ‘Smoke tracker’).

Selection of the correct type of analysers is very crucial and is generally done on the basis of parameters such as pollution characteristics, plant operations and regulations. As a best practice, a certified analyser or sensor is selected by an industry and installed. This mechanism is prevalent in Europe. Alternatively, the regulator can check the performance of analysers during installation, which is the practice in the US. Analysers should be checked periodically for accuracy, which may get affected due to factors like high temperature, pressure and moisture in the pollution source. The entire CEMS process is automatic, which would be of great use for countries like India where resources are meagre and infrastructure weak.

The first push for CEMS in India came in 2011 when CPCB started trading in particulate matter (PM) emission in three states—Gujarat, Maharashtra and Tamil Nadu—for a selected group of industries as a pilot. This required CEMS-based PM emission monitoring. The project is still struggling because CEMS is yet to be properly implemented.

In April 2015, the Ministry of Forest and Climate Change (MoEFCC) issued a draft notification to make installation of CEMS legally binding. However, since the basic infrastructure required for implementing CEMS was not in place, concerns were raised by industry and the notification was put on hold. Currently, CPCB is only targeting installation and adoption of CEMS and not checking whether the data being collected complies with the emission norms. But as stakeholders gain experience, a compliance mechanism must be developed. 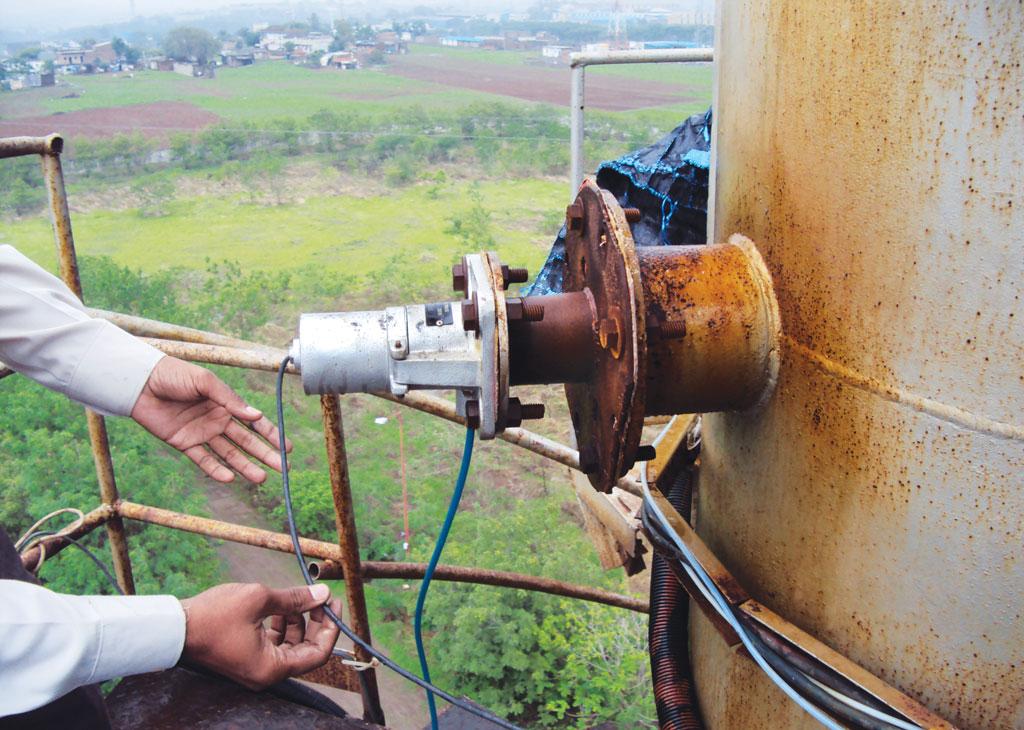 The CEMS technology is new to India, and industry, SPCBs, device manufacturers and technology providers are facing several difficulties. To understand the challenges, Delhi-based non-profit Centre for Science and Environment (CSE) carried a survey in early 2016. The survey revealed several interesting facts. It was found that a number of CEMS technologies are available in the market but industries have no skills to choose the one most suited to their needs. Moreover, many indigenous manufacturers are offering cheap CEMS equipment but there is no system for certification or quality assurance. And internationally certified, imported equipment are not enough to meet the market demand.

The survey also found that there is a need to frame guidelines and protocols for installation, performance check, calibration and verification of CEMS equipment. Empanelled laboratories should perform these checks and verifications, but India has no such system. A uniform system for data acquisition, handling and reporting with desired level of security and reliability is also missing. Lack of coordination with CPCB has made several SPCBs in the country disinclined in implementing CEMS. Prasad says that availability of skilled workforce and suppliers of CEMS are some of the other major difficulties, but this is a learning period and industry will get used to it with time.

Despite the teething troubles, the CEMS initiative has brought many positive changes, the most important one being the change in approach of industries towards pollution monitoring and reporting.

R Dhanasekaran, chief scientific officer at the Tamil Nadu Pollution Control Board, says that since the industries know they are being watched, the violations have decreased. With CEMS installation, a decrease in local pollution levels has been noted in the state. In the US, nitrogen oxides (NOX) and sulphur dioxide (SO2) emission from the power sector substantially declined during last decade with the help of CEMS, says Jeremy Schreifels, branch chief of US Environmental Protection Agency (see ‘CEMS should be based...’).

Though CEMS is new to India, it has been in use in the US and Europe for the past 40 years. The system did not work smoothly from the time it was launched. William Averdieck, founder and managing director of the UK-based firm PCME Limited, a leading supplier of continuous particulate monitors in Europe, and chairperson of EN14181 task group of Source Testing Association, a non-profit involved in development and implementation of emission norms in the European Union, says that in the beginning the industries were in the dark on what quality of monitoring was expected to comply with legislation (see ‘Regulation, incentives for industries a must).

Every country that adopted CEMS faced initial challenges. China and South Africa being the other cases in point. These developing countries adopted CEMS in the past decade and faced similar troubles. They are still trying to fine-tune the system.

For India, it is crucial to have a time-bound strategy to resolve the issues. The foremost need is to develop a guideline for selection of suitable equipment for monitoring various types of pollution. This should be supported by a certification system or a system to check the performance of equipment at the time of installation. Regular health and accuracy check of CEMS equipment is also a must. Empanelment of pollution monitoring laboratories is another area where the government needs to work. Industries have been outsourcing the manual pollution monitoring job to external labs recognised by MoEFCC or the National Accreditation Board for Testing and Calibration Laboratories. But these labs have not been evaluated for their ability to handle CEMS equipment. Therefore, a system for identification and empanelment of labs is required.

India also requires a tamper-proof data transfer, storage and publishing mechanism. With CEMS, regulators can keep a closer vigil but there is a chance of tampering with the data before it is sent to the regulator. Therefore, a uniform and tamper-proof system, such as a secure software, data encryption, parallel data transfer to regulator directly, must be used. MoEFCC and CPCB have made a promising start but there is a long way to go.

This story was published in the August 1-15, 2016 issue of Down To Earth magazine.