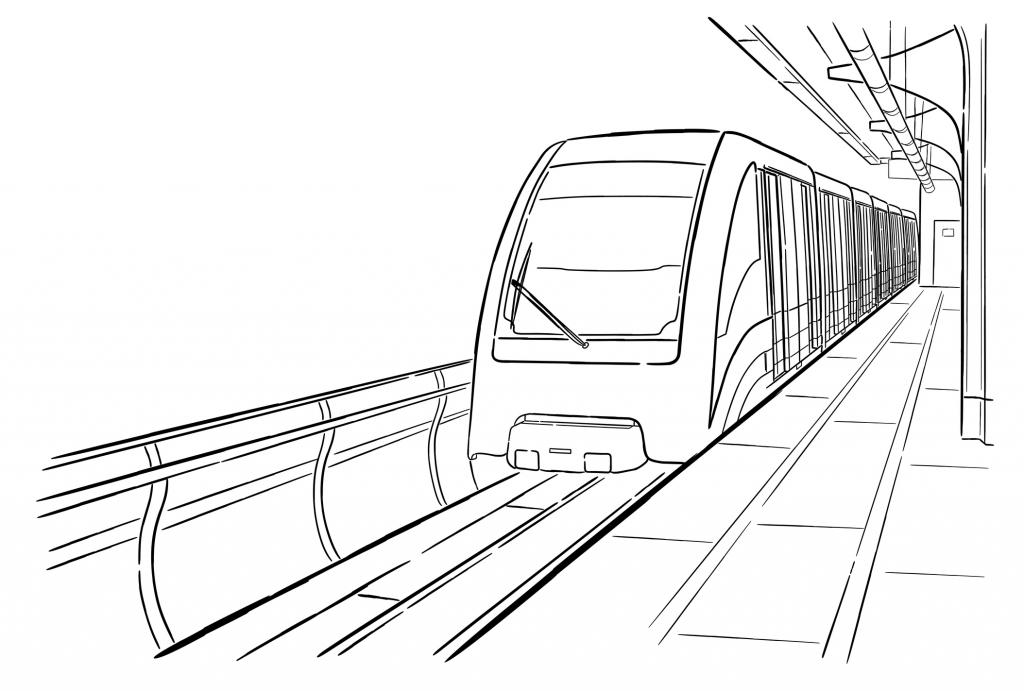 The vision statement of India’s new Union Budget may have placed “Pollution-Free India with green mother earth and blue skies” above “Make in India” in the pecking order of vision goals, but it has not given any roadmap or moollah for National Clean Air Plan (NCAP).

This is difficult to explain when the election promise of the ruling party was to put the NCAP on a ‘mission’ mode to cut air pollution by 35 per cent in the next five years. Despite the health emergency and the nationwide plan to cut pollution, the word ‘air pollution’ goes missing from the budget speech.

The new budget placed in Parliament by Finance Minister Nirmala Sitharaman lacks comprehensive funding strategy for multi-sector clean air action under NCAP. The only way to make the new budget work for clean air is to leverage some of its proposed spending in transport and energy sectors.

The budget reiterates the official aspiration to upscale the electric-vehicle programme to make it the frontier industry and turn India into its global manufacturing hub. This zero emissions initiative will work for clean air too. The proposal is about demand incentive. It highlights the new Phase-II of Fame Scheme for fast roll-out of e-vehicles, with an approved outlay of Rs 10,000 crore for three years, already in place since April, 2019.

There will be upfront incentive on purchase of e-vehicles, solar storage batteries and charging infrastructure.

This performance-based incentive is linked to advanced battery and registered e-vehicles with greater emphasis on affordable and environment-friendly public transportation options.

The goods and services tax (GST) on e-vehicles has already been lowered from 12 per cent to 5 per cent. There will be an additional income-tax deduction of Rs 1.5 lakh on the interest paid on loans taken to purchase e-vehicles. This amounts to a benefit of around Rs 2.5 lakh over the loan period to the taxpayers who borrow to purchase e-vehicles.

While there is no doubt that the e-vehicle programme will require fiscal and incentive support, it has to draw lessons from the experience so far.

Only an incentive programme will not work without a strong legal mandate for phased electrification of vehicles, fixing of timeline for intermediate goals for infrastructure and deployment strategy and compliance mechanism for the real change.

It is encouraging to see the continued thrust on access to clean household-cooking energy and electricity. Studies in India have shown that household air pollution contributes at least 25-30 per cent of the outdoor particulate pollution and significantly harms health of women and children.

It is envisioned that every single willing rural family will take an electricity connection and clean cooking facility by 2022.

This overall emphasis on 100 per cent households with LPG (liquefied petroleum gas) LPG and electricity, distribution companies will reform for reliable electricity supply, and mass scaling up of LED bulbs for households to replace incandescent bulbs and CFLs, can contribute towards clean air and health benefits.

However, going forward, the government must draw lessons from the ongoing programme.

Shifting subsidy for clean fuel from the rich to the poor will work effectively only if the strategy is further refined to ensure continuous reliable refill of LPG cylinders so that the households continue to use this and do not fall back upon mixed fuel mode.

Pricing of clean fuels for the poor need further attention. The status quo approach to such welfare programmes have to change.

The transport sector spending is focussed on building infrastructure for improving long-range passenger and freight transport. If done well, this offers an opportunity to reduce transport related emissions considerably. The proposal includes expansion of railways and waterways (such as the Jal Marg Vikas project on Ganga) but without a clear roadmap.

The budget highlights the need for a humungous financial requirement to build railway infrastructure — as much as Rs 50 lakh crore between 2018 and 2030. But also admits that completing all sanctioned projects would take decades.

To address investment gaps, it has typically proposed public-private partnership (PPP) to fast-track rolling-stock manufacturing and delivery of passenger freight services. But limiting this to only PPP approach without clear funding and resource-mobilisation strategies, especially under the GST framework, will limit action.

Railways will also be encouraged to invest more in suburban railways through special purpose vehicle structures like the Rapid Regional Transport System (RRTS) proposed on the Delhi-Meerut route.

The country certainly needs an effective modal shift in passenger and freight transport from roads to railways and waterways to offset energy guzzling and emissions from road-based systems.

Sitharaman, in her budget speech, in fact has observed that after GST reforms and removal of cross-border tax barriers, trucks can now do twice the trips they could a day. While this may be good for business, the combination of ever expanding highway grid and growing truck traffic volume is increasing the emission intensity of freight traffic.

There is no game plan for bus-based urban transport system except the limited electric bus programme. The new proposal has asked for metro railway initiatives to be further enhanced under PPP model.

So far, the track record of private participation in metro investment and operations has not been encouraging. Time has come for more comprehensive funding for broad-based, sustainable and affordable urban transport interventions.

However, it is encouraging to note that for the first time in a budget speech Finance Minister has linked metro initiative with Transit Oriented Development (TOD); but has limited it to “enhanced commercial activity around transit hubs”.

While such initiatives must happen, they must also be fully aligned with the principles and design provisions of the TOD policy related to accessibility, high density mixed use and mixed income development in the TOD zones.

This budget has hiked additional specific excise duty and road infrastructure cess for petrol and diesel by a rupee per litre. Normally such hikes do not have appreciable impact on vehicle usage as that remains largely unresponsive in cities with huge public transport deficit. If nothing else, this may make per km operations of electric vehicles more attractive than petrol and diesel vehicles.

This new budget of the new regime has clearly ignored to provide a roadmap and a funding strategy for NCAP to back its stated goal of “pollution-free India” and “Blue sky”. We can only hope that the sector-specific proposals related to transport and energy can be leveraged to ‘nudge’ the clean air agenda.

But this will require a stronger mandate, well-funded multi-sector action agenda and a strong funding and resource mobilisation strategy for the National Clean Air Plan and action.