China's air quality remains poor for most part of the year. A new paper suggests that part of the reason for this is changing weather 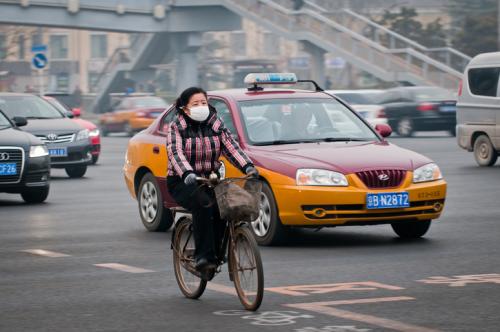 China experiences one of the highest rates of air pollution in the world. The quality of air remains poor in its cities and industrial towns for most part of the year. A new research published in journal Science Advances has said that part of the reason for this is changing weather.

The paper studied the climatic conditions and air pollution in China and found that poor air quality continued due to extremely poor ventilation conditions, which were caused by Arctic sea ice loss and the weather changes that followed.

Scientists studied China’s climatic condition from January 2013 using satellite data and visibility measures. As per the paper, January 2013 saw unprecedented large-scale haze that continued for almost an entire month. During this so-called “airpocalypse” period, close to 70 per cent of the 74 major cities exceeded the daily PM2.5 ambient air quality standard of China.

The researchers also analysed sea ice, snowfall and large-scale weather patterns. They found a connection between stagnant air conditions and Arctic sea ice concentration, snow cover in Eurasia,   El Niño/Southern Oscillation, and others. Climate change plays a role in changes in these conditions, for instance, sea ice concentration is being depleted due to increased warming. They created atmospheric models to study how those factors changed large-scale circulation patterns and pollution over eastern China.

The unusually high concentration of pollutants prevailed even though there was no sudden rapid surge of natural or anthropogenic emissions in that month over eastern China. “Thus, stagnant meteorological conditions favouring the high aerosol formation and accumulation appeared to be a major factor contributing to the extreme haze,” the study says.

The authors of the study say that even though emission reduced in China during the period of study, haze remained unaffected. They suggest that this was because of rapid change in the high polar regions where sea ice decreased and snowfall increased. The conditions prevented cold air from getting into the eastern parts of China, where it would flush out polluted air.

Similar conditions prevailed during the winter of 2017 as well and are likely to continue as climate change unsettles the normal weather patterns and atmospheric structure, as per the authors.