Expresses concern over alcohol brands being advertised in violation of rules 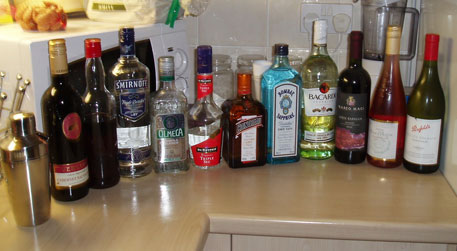 India is emerging as the favourite destination for alcohol promotion of marketing companies. Their new targets are women and youth, who at present comprise a very small percentage of alcohol consumers in India.

These are the observations made by a report—Alcohol Marketing and Regulatory Policy Environment in India—put out by the Public Health Foundation of India (PHFI). It is part of an initiative called Centre of Excellence on Alcohol Control (CoE-AC), a collaborative project between PHFI, the Swedish National Institute of Public Health and Delhi-based NGO, HRIDAY. The report also expresses concern over alcohol brands being advertised in violation of rules, with limited and ineffective regulation.

Around 30-35 per cent adult men consume alcohol, while only 5 per cent women consume it, making them a target for alcohol-producing companies. To promote alcohol among women, pubs, for instance, organise "ladies nights" where alcohol is served free to women on given days of the week. They serve either a particular brand or all brands on these days. Bacardi's breezer, a pre-mixed flavoured rum, is being promoted as a brand meant primarily for women. On the launch of its sparkling white wine, Dia, the managing director of Sula Vineyards, the biggest wine producer in India, said that the product is “beautifully packaged to attract urban women”.

Activists are worried by this trend of promoting alcohol among urban Indian women. "There is not a single centre in North India for women who need to be treated for alcohol consumption. This is a major policy gap to be addressed," says Rajesh Kumar, executive director of Society for Promotion of Youth and Masses, a non-profit working on health and development.

With the increasing proportion of youth in the country, they too have become lucrative target for the manufacturers and advertisers. Nearly 60 per cent of the Indian population falls in the 15-45 years age group. Prevailing trend shows that the drinking population aged less than 21 years has increased from 2 per cent to 14 per cent in the past 15 years, according to a study conducted in Kerala by the Alcohol and Drugs Information Centre India. The study also found that the "mean age of initiation" has dropped from 19 to 13 years in the past two decades.

"To reach the youth, alcohol companies use advertising techniques that link alcohol to physical attractiveness and promote age and image identification through the use of popular culture icons as spokespersons," reads the report.

Despite the fact that surrogate advertising is prohibited under Indian laws, just like direct advertising, the companies promote their products through such strategies. Surrogate marketing involves advertising for products (non-alcoholic) that use the same brand name as the alcohol products. If Bacardi advertises through music CDs, then Kingfisher promotes its beer through packaged drinking water. All this is being done illegally right under everybody's nose, points out the report.

"We are studying the reasons for such pattern. However, if you see, alcohol shops are strategically located near workplace of the poor. They get their daily wage and stop at the alcohol shop that falls right on their way. This increases alcohol buying behaviour," says K Srinath Reddy, president of PHFI.

The report also notes that though per capita consumption of alcohol in India is among the lowest in the world—0.9 litres per year in India compared to 4.5 litres global average—hazardous drinking is more popular in the country. Hazardous drinking includes binge drinking and solitary consumption to the point of intoxication.

Releasing the report, member of the Planning Commission of government of India, Syeda Hameed, emphasised the need to view alcohol as a public health issue in the wake of the growing social acceptability of alcohol use, particularly among youth. She highlighted the importance of integrating alcohol control in school curricula so that future generations are sensitised early on. Since alcohol use is connected with crime, violence against women and sexual deviance, alcohol control must be the priority for the government and civil society alike and a multi-sectoral approach should be adopted to curb it. She added that as there is no uniform policy governing alcohol manufacture and sales in the country, it is tough to take concrete steps.

A study by HRIDAY found that students who were highly exposed to alcohol use occurrences in Bollywood movies were nearly three times more likely to have tried alcohol as compared to those who were not exposed to such depictions on-screen.

The report has recommended increase in alcohol prices and tax on alcohol products, regulation of shops where alcohol is served, and comprehensive prohibition on advertising and promotion, among other things.

"We have not recommended a complete ban because it has not served the purpose. It is not accepted as a best practice. But we have suggested complete ban on advertising as it has long-term and useful effects," said  Monika Arora, director of health promotions unit of PHFI.