Mobile populations often seek treatment from unregulated, private vendors, increasing their risk of exposure to substandard drugs, which can be a factor in emerging drug resistance 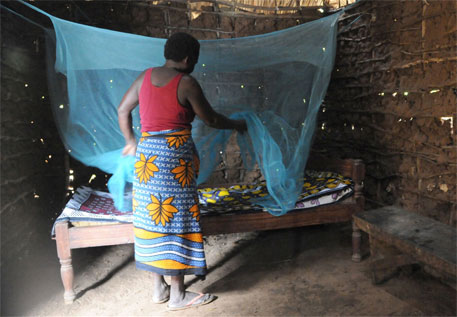 Two global agencies have invited the health ministers of South Africa, Asia and other malaria-endemic regions and also private sectors to collaborate in chalking out a plan to minimise the impact of malaria on migrant communities.

These players, Roll Back Malaria Partnership (RBM) and International Organization for Migration (IOM), will also look into the challenge of providing adequate health services to cross-border, mobile and migrant communities.

In the statement issued last week, RMB said that there are as many as 215 million international migrants worldwide and governments in malaria-endemic countries increasingly acknowledge the importance of adopting solutions.

Not only this, malaria also remains a major global health issue. An estimated 3.4 billion people are at risk of malaria worldwide, says the statement. In 2012, there were 207 million cases reported worldwide, with 90 per cent of all malaria deaths occurring in Sub Saharan Africa.

Zimbabwe's minister of health, David Parirenyatwa said, "We are here to identify efficient ways to extend malaria control interventions to migrants and mobile populations. The fight against malaria requires strengthened collaboration between governments, international organisations, civil society and private sector to ensure universal access to health services for vulnerable and hard to reach migrants in the Southern Africa region."

"Malaria control interventions are a public good that all people in need should benefit from," said Fatoumata Nafo-Traoré, RBM executive director. "Adequate health services for mobile populations are an investment in Africa's health."

Interventions targeting malaria need to consider the health-seeking behaviors of the migratory population in the region. Migrants, refugees and mobile populations often seek treatment from unregulated, private vendors, increasing their risk of exposure to substandard drugs, which can be a factor in emerging drug resistance. The southern Africa region can learn from special interventions, focusing on migrants that have already been put in place in Asian countries such as Cambodia, Myanmar, Thailand and Vietnam, as part of their artemisinin resistance containment programmes.

These measures include insecticide-treated bed net distribution campaigns, the establishment of screening points, and the provision of diagnostic testing and treatment services at work-sites.