Americas first in the world to eliminate rubella 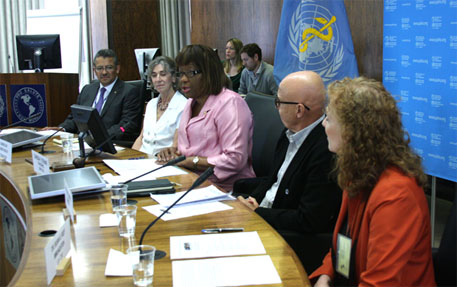 In a historic achievement, North America and South America were recently declared rubella-free after no home-grown cases were reported in five years, a World Health Organization (WHO) report says.

With this development, these two regions have become the first in the world to eradicate the contagious viral disease, also known as German measles.

Global health experts have decided to declare the Americas free of rubella. “The elimination of rubella from the Americas is a historic achievement that reflects the collective will of our regions’ countries to work together to achieve ambitious public health milestones,” said PAHO/WHO Director Carissa F Etienne. PAHO is the Pan American Health Organization, an international public health agency. This was the first region to eradicate smallpox and eliminate polio as well, Etienne added.

There were widespread rubella outbreaks throughout the Americas before the introduction of the MMR (measles, mumps and rubella) vaccine.

Usually, rubella causes rash all over the body, slight fever, joint aches, headaches, runny nose and red eyes. However, it can be dangerous for pregnant women in the first three months of pregnancy as it can lead to miscarriage.

Rubella can also lead to Congenital Rubella Syndrome (CRS) in children and cause autism, blindness, deafness and congenital heart defects, according to the WHO report.

Up to 20,000 children were born with rubella in the Americas every year until mass vaccinations started about 12 years ago. But the last endemic cases registered in the region were in Argentina and Brazil in 2009.

Before mass-scale rubella vaccination started, an estimated 16,000 to more than 20,000 children were born with CRS each year in Latin America and the Caribbean. More than 158,000 rubella cases were reported in 1997. In the United States, 20,000 infants were born with CRS during the last major rubella outbreak (1964-65).

Following the widespread adoption of the MMR vaccine in the region’s national immunisation programmes, PAHO/WHO member countries set the target of eliminating measles by 2000 in 1994. In 2003, they also set the goal of eliminating rubella by 2010.

During a meeting held last week, the International Expert Committee for Measles and Rubella Elimination in the Americas reviewed epidemiological evidence provided by PAHO/WHO and its member countries.

They concluded that there was no fresh evidence of endemic transmission of rubella or CRS for five consecutive years, exceeding the three-year requirement for declaring the disease as eliminated.

“The fight against rubella has taken more than 15 years, but it has paid off with what I believe will be one of the most important pan-American public health achievements of the 21st century,” said Etienne.

In India, measles is one of the top 10 causes of deaths in children under five years. The country accounted for 47% of estimated measles mortality in 2010. India currently has the largest estimated number of measles cases and deaths due to its relatively low routine immunisation coverage, incomplete implementation of a two-dose strategy for measles control and high-density populations.