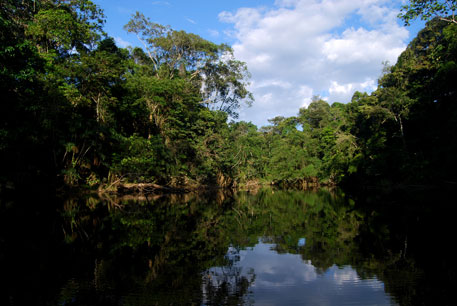 Ecuador has cancelled US $51 million-worth of environmental cooperation deals with Germany. The Ecuador foreign minister announced the news after the country stopped German lawmakers from visiting an Amazon rainforest recently opened for oil production, as reported by website Planet Ark.

In 2007, Ecuador President Rafael Correa had asked developed countries to donate US $3.6 billion to help protect the environmentally sensitive rainforest known as Yasuni. In return, he had promised that the area will not be drilled for oil. In 2013, he scrapped the plan and authorised drilling after the proposal brought in a fraction of what he had sought.

Correa blocked the trip that was to be made by a group of German legislators earlier this month “to observe oil operations, talk to activists opposing the drilling, and see how German funds were being used”.

“If they think they had the right to doubt the word of Ecuador’s government on the issue of Yasuni because they were providing funds, we will give them their money back with interest,” foreign minister Ricardo Patino told reporters. “Ecuador unilaterally ends all cooperation with Germany on environmental issues.”

Patino claims the funds for Yasuni had not yet been disbursed, and the money for the other projects will be returned in coming days. The Yasuni jungle area boasts some of the planet’s most diverse wildlife, which Correa has promised would not be harmed by oil production. The first oil production is expected in 2016.

Yasuni-ITT Initiative: a big idea from a small country