Another batch of solar projects up for grabs in India

The government races ahead by announcing guidelines for new solar projects, with 3,000 MW worth of solar energy already opened up to stakeholders 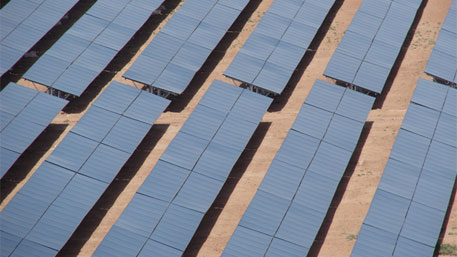 In a short span of time, India’s Ministry of New and Renewable Energy has released another set of draft guidelines for developing grid-connected solar PV power projects with a total capacity of 2,000 MW. These projects will be commissioned under Jawaharlal Nehru National Solar Mission (JNNSM), Batch-III-Tranche-I “State Specific VGF Scheme”. The ministry has invited stakeholders to send their comments and feedback related to the guidelines by February 10, 2015.

These projects will be set up in solar parks of various states. The ministry has offered a fixed tariff of Rs 5.43 per unit generated initially, with an escalation of Rs 0.05 per unit for the next 20 years, adding up to a tariff of Rs 6.43 per unit at the end of the 21st year after signing the power purchase agreement.

VGF is Viability Gap Funding, a capital subsidy offered to project developers to bridge the gap between the project cost dictated by the prevailing electricity rate and the price quoted by a developer. This financing mechanism was also used in Phase I when projects with a total capacity of 750 MW were awarded in March 2014.

Under VGF, the capital cost of one MW is less than half of the capital cost of solar PV declared by the Central Electricity Regulatory Commission (CREC) in 2014-15. For the last phase of projects, the ministry bore a total cost of Rs 1,198 crore for 750 MW, at Rs 1.07 crore per MW for “open” category and Rs 2.13 crore per MW for “DCR” or “domestic content requirement” category. The projects are scheduled to be commissioned by April 2015.

Under Batch-III of Phase-II JNNSM, the ministry has envisaged adding 7,000 MW of solar PV capacity in various tranches as follows:

The Centre has already announced guidelines for 5,000 MW in a span of one month in 2015, including 3,000 MW under the “State Specific Bundling Scheme”. While these announcements bring momentum to the renewable energy industry, experts are worried that hasty development may result in substandard development.

The National Clean Energy Fund (NCEF) finances the VGF. But Rs 1,500 crore were diverted from the fund towards cleaning the Ganga, reducing the corpus available for development of the renewable energy sector. In addition, while the Modi government had assured that no subsidies would be available to private developers, the VGF does offer subsidy to them. Also, only 250 MW of the 2,000 MW are under DCR. This leaves unanswered the question as to why NCEF is not being used to develop manufacturing facilities and research and development within the country.