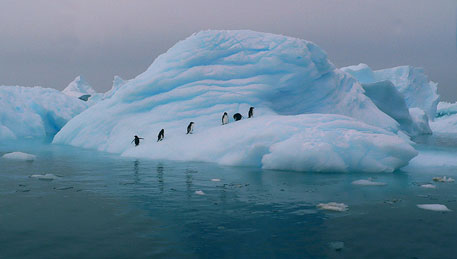 Recent studies on the effects of global warming have maintained that while the layer of ice in the Arctic circle has been steadily going down, the ice levels in the Antarctic is rising at an impressive rate. However, a recent report says the Antarctic sea ice may not be expanding as rapidly as previously thought and put much of the increase potentially down to a data error.

The research published in the The Cryosphere journal suggests that much of the measured expansion could be due to a previously undocumented error in the way satellite data was processed.

But the lead author of the paper, Ian Eisenman, said, “When we looked at how the numbers reported for the trend had changed, and we looked at the time series of Antarctic sea ice extent, it didn’t look right. Our findings show that the data used in one of the reports contains a significant error.”

“But we have not yet been able to identify which one contains the error,” he added.

The data for sea ice cover is sourced from observations by satellite images which are interpreted by scientists with the help of different mathematical formulae. The researchers compared two datasets, calculated with different versions of the formula, which were used in the two IPCC assessments. The study shows a difference between the datasets, relating to a change in satellite sensors in December 1991 and the way the data from the two instruments were calibrated.

“It appears that one of the records did this calibration incorrectly, introducing a step-like change in December 1991 that was big enough to have a large influence on the long-term trend,” Eisenman said.

A spurious jump in the satellite record: has Antarctic sea ice expansion been overestimated?