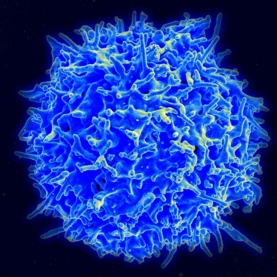 A clinical study, for the first time ever, has shown that an antibody called 3BNC117 can cause the HIV virus to diminish dramatically in the body, creating hope for millions of HIV patients.

The research, published in scientific journal Nature, was conducted at Laboratory of Molecular Immunology at US’ Rockefeller University where scientist Johannes Scheid isolated the antibody. The antibody 3BNC117 showed activity against 195 of 237 HIV strains, says the study.

Researchers tested four different doses of the antibody in 29 people in the United States and Germany. Seventeen of the participants had HIV, and 15 of those were not taking antiretroviral (ARV) drugs at the time of the study. One infusion of the highest dose of antibody, given to eight participants, cut the amount of virus in their blood by between eight and 250 times for 28 days.

A huge amount of past research has shown some positive results of passive immunisation of HIV antibodies in monkeys, but failed when tested on human beings. The 3BNC117 comes under the new generation of antibodies which fight with a range of HIV strains.

Marina Caskey, one of the authors of the study and assistant professor of clinical investigation at Laboratory of Molecular Immunology, told the media that this antibody is special because it shows activity against 80 per cent of HIV strains.

It is thought that the antibody 3BNC117, like other antiretrovirals, will need to be used in combination with other antibodies and administered once a few months or years. Existing treatment includes daily regimens of antiretroviral drugs.