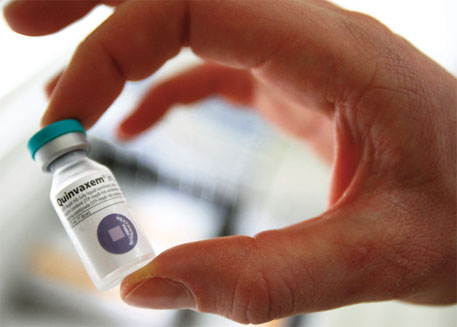 How accurate is the enumeration of deaths caused by the five-in-one pentavalent vaccine in India? Reports from different states show information about adverse events following immunization (AEFI) is not very reliable. It would be difficult to reach any conclusion about the efficacy of the vaccine on the basis of available information.

An RTI response given by the Union Ministry of Health & Family Welfare (MoHFW) on December 13 shows that many states which have poor reporting system and health coverage are showing better results as compared to other states. For example, there is one death for every 3,829 babies immunised with pentavalent vaccine in Goa but in Gujarat there is only one death for every 230,000 babies vaccinated.

It is difficult to explain why adverse effect in Gujarat is so low compared to other states which are performing better on other health indicators.

For example, if one considers infant mortality rate (IMR) as a parameter, states like Goa and Kerala are performing better with a relatively low IMR of 10 and 12 respectively. On the other hand, Gujarat has a very high IMR of 50. However, Goa and Kerala have reported high mortality   caused by pentavalent vaccine, while the latter has very low AEFI.

This clearly shows that lower vaccine mortality in states like Gujarat may have more to do with poor reporting than good performance on health parameters.

An expert who filed the RTI but did not wish to make his name public said that Gujarat data does not give the real picture because of poor reporting. So one should use data from only those states where reporting of health indicators are better, he suggested.

The debate on pentavalent vaccine, which has replaced DPT (diphtheria, pertussis, and tetanus) vaccine, combines H influenza B and Hepatitis-B with the older trivalent vaccine, is old standing. A section of doctors has argued that pentavalent vaccine is causing more harm than good because the disease it is is meant to fight is not so prevalent. The government of India has, however, been pushing it saying deaths caused by it are very minimal.

Recently, on February 11, Union health minister, Ghulam Nabi Azad, said in Rajya Sabha that there has been rise in the reported AEFI cases all over the country, including in eight states—Tamil Nadu, Kerala, Goa, Jammu & Kashmir, Haryana, Gujarat, Karnataka and Puducherry—where pentavalent vaccine has been introduced in a phased manner.

However, he did not forget to mention that the increase in reporting is not found to be associated with pentavalent vaccine use. He mentioned that 54 babies have died soon after administration of pentavalent vaccine, which was given simultaneously with oral polio vaccine. The vast majority of the deaths (26) followed the first dose of the vaccine and fewer after the second and third doses (10 and three) respectively. In 15 cases of deaths, number of doses received was not recorded.