As General Elections 2019 approach will nudge come to shove? 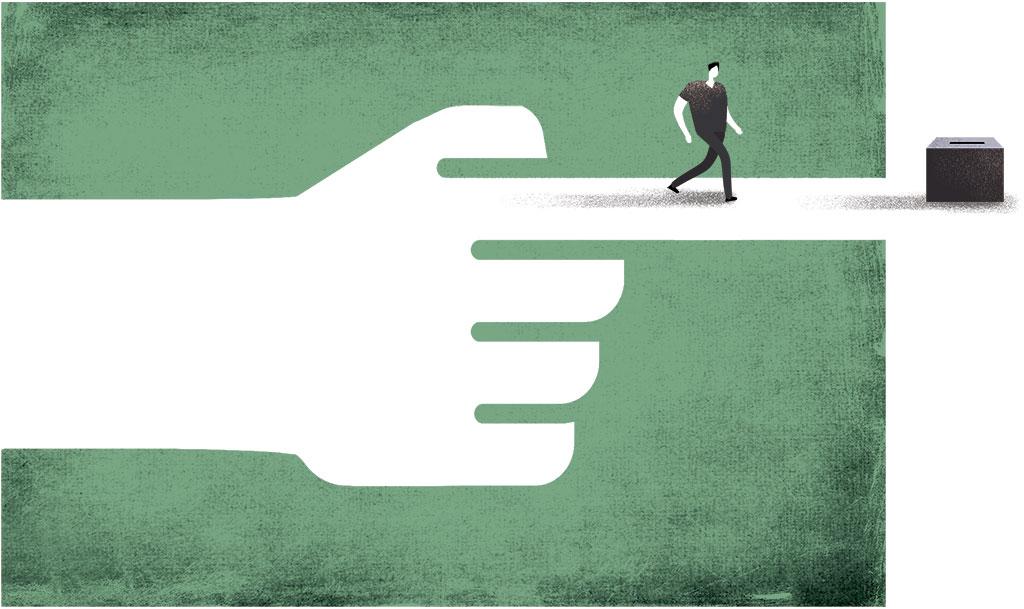 Richard Thaler won the Nobel Prize for his pioneering work in behavioural economics in October 2017. His book, written along with legal scholar Cass Sunstein, on the Nudge Theory has influenced policy and found resonance in the present-day data-driven political advertising and management.

Big data presents to us a new gold mine that helps us map emotions, forecast preferences, and assess psychological and voter histories. The recent Cambridge Analytica-Facebook controversy points to the fragility and porosity in data security and privacy. Security gaps subjected data of more than 50 million users to great risks. Such information breach can allow companies, individuals and parties to analyse data for electoral harvest, all without informing the voter, or at best with subtle disclaimers.

Ever since the Nudge was institutionalised in 2009 and the Behavioural Insights Team set up in the United Kingdom in 2010, emerging economies have been working towards incorporating the principles of nudge into public policy formulation. NITI Aayog also proposed to establish its Nudge unit in collaboration with the Bill and Melinda Gates Foundation. The Centre’s Swachh Bharat Mission aims to mobilise behavioural change towards cleanliness. Similarly, the Pradhan Mantri Ujjwala Yojana, which provides LPG on subsidy, hopes to shift consumer behaviour towards an eco-friendly option.

The 2019 elections present a decisive battleground to the over 850 million electorate, including 294 million Facebook users. Political parties rely on campaigns woven around interpersonal connect, leader recall, ideological resonance and door-to-door management in conjunction with the newest zeitgeist—online behaviour. Some of the online tools are feedback recommendations, implementation intentions and mapping via mobile apps.

At the same time, there are other democratic and institutional means of encouraging voter participation, without political partisanship. For instance, the Election Commission’s Systematic Voter’s Education and Electoral Participation scheme is a successful method to enroll first-time voters, mobilise women and other citizens to exercise their political rights to participate in elections. According to foreign policy think-tank Carnegie Endowment for International Peace, the 2014 Lok Sabha elections recorded the highest (66.4 per cent) voter turnout, some success of which has gone to the scheme.

Medium is the message

The psychology of voting revolves around candidate preference, social exposure, issue-based resonance with a political party or candidate, social influence and personal biases. Therefore, in political contexts, nudge is a combination of adeptness and adaptability, reflective of the choice architecture a narrative may present.

Women as a vote bank are emerging as the most critical contributor to electoral dividends in the country, as witnessed in the past few elections. A 2014 study by research institute Centre for the Study of Developing Societies shows that more than four out of ten women voters consulted someone within their household before voting. Thus, influencing the woman voter is particularly important. It is a constituency which, if nudged, can reap developmental and political dividends as demonstrated by the revolution of self-help groups at the grassroots. Some examples of such women-friendly behaviour-oriented interventions are the Mukhyamantri Balika Cycle Yojana for the high school girl students of Bihar, UPA government’s Mahatma Gandhi National Rural Employment Guarantee Act (MGNREGA) that ushered gender-based economic equality in rural areas, and sops based on smartphones for women in Madhya Pradesh and Rajasthan.

In the run-up to elections, therefore, nudging the voter around a spectacle becomes the order of the day. For instance, the 2011 India Against Corruption campaign, cashing in on the collective solidarity of the urban middle class, ended up producing the Aam Aadmi Party. Similarly, demonetisation was first defended as a step towards curbing black money, which later changed to building imperatives of a cashless economy, to mitigating security concerns, and finally instilling digital behavioural patterns.

In a soft diplomatic and syncretic move, Rahul Gandhi’s Kailash-Mansarovar Yatra was reflective of an accommodative and democratic appeal, an idea inclusive enough to reach out to the voter. In his press conference after the Congress’ victory in three states in 2018, Gandhi stated, “Humein kisi ko Bharat se mukt nahin karna hai (We do not want anyone to leave India)”, a message that underscored the importance of inclusion and tolerance. The recent announcement of Minimum Income Guarantee by the Congress invokes a recall of MGNREGA, a master-stroke of the Nudge. It generates adequate recall among people of the successes that MGNREGA provided and made the scheme a massive hit, in spite of its caveats.

The tone for 2019 elections is set. A united opposition addressed the 40,000-odd farmers in agricultural distress the national capital. It was followed by the implementation of loan waiver policy in Rajasthan, Chhattisgarh and Madhya Pradesh after the elections. While it offers short-term gains to farmers, the policy also has the potential to nudge individuals into defaulting out of complacency.

How one uses nudging as a tool in political canvassing, therefore, should be away from coercive manipulation and present a liberal choice architecture. The average voter of today is suffering from online fatigue as a result of digital colonisation. In such a scenario, it is anybody’s guess that the Bill called the Right to Disconnect has been tabled in Parliament. There is immense burnout, which is why inter-personal, empathetic and humble narratives are most likely to rule the order of the day, if nudged ethically.

(Swasti Pachauri is a public policy consultant. She has served as Prime Minister’s Rural Development Fellow in Seoni, Madhya Pradesh)