ASHAs not enough to deliver healthcare to urban poor: study 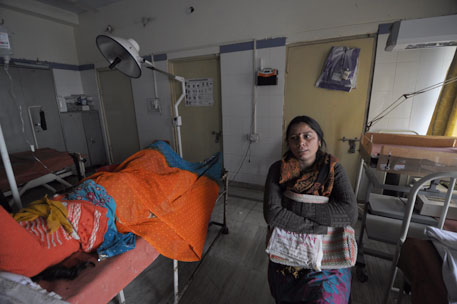 As the Centre mulls a national urban health mission on the lines of the existing National Rural Health Mission (NRHM), a study indicates that the mission may need some tweaking to deliver healthcare services to the urban poor. While women groups and accredited social health activists (ASHAs) have a big role to play in reducing maternal and infant mortality in rural areas, a programme on the lines of NRHM may not be as effective in an urban setting, says the study based on survey of the urban slums in Mumbai.

The study, published on July 3 in PLoS Medicine, conducted a trial to see whether women's groups and female health workers in urban slums have any impact on reducing maternal and infant deaths in their communities. Their findings show an insignificant reduction in the health indicators in the estimated population of 2,83,000 they covered in two years. For instance, 20 maternal deaths were reported among the groups assisted by healthcare workers against 24 reported from groups that received no such attention.

“In an urban slum, bundling of strategy is needed to improve health indicators. Women groups alone cannot bring a change,” said Neena Shah More of Society for Nutrition, Education and Health Action (SNEHA), a non-profit based in Mumbai.

Shah, who is also an author of the study, observed during the trial that women in urban slums do not interact with other women much because they are too busy working and they have small houses. “So, the basket of healthcare services for each of them should be different. Say, healthcare services for some may be provided at the doorstep,” she said. The authors also saw that many women drop out of community initiatives and stop attending meetings when they feel they have learned enough.

The trial examined a range of outcomes, including stillbirth, neonatal mortality rates, antenatal, intrapartum and postpartum care. They found no difference in the uptake of antenatal care, reported work (during pregnancy), rest and diet in later pregnancy, institutional delivery, early and exclusive breastfeeding, or care-seeking for maternal or neonatal problems between groups assisted by women workers and groups which received no assistance.

The occurrence of serious antenatal symptoms (premature rupture of membrane, antepartum haemorrhage, cessation of fetal movements, or maternal seizures) was less common in the groups where intervention was made. The difference in stillbirth rate and neonatal mortality rate was insignificant in both groups.

The authors say that the reason for this insignificant change in the health care indicators is probably because of some external interventions. Over the trial period, the condition of the slums improved, note the authors. “Gutters were covered, sanitation block coverage increased, housing fabric became more durable, and there was widespread electricity supply,” write the authors.

The women of the slums, however, admit that peer learning helped in changing behaviour and increased their knowledge about health services and rights. “The level of awareness on healthcare needs and rights in an urban slum is low. Most of the families living in urban slums are migrants and may not be registered with healthcare schemes in the cities. So, healthcare workers can guide them and help them increase their knowledge, awareness and can change their health care seeking behaviour,” said Seema Gupta, regional director for reproductive and child health with Voluntary Health Association of India, a non-profit. She stressed the need for women health workers in urban settings.

Seeing the success of NRHM, the Union health ministry has proposed the National Urban Health Mission (NUHM), which is yet to be rolled out. Like ASHAs in villages, female health workers called Urban Social Health Activists (USHAs) are proposed for urban areas. These women would reach out to women in urban areas and assist and educate them on their healthcare needs. With NUHM, the government seeks to achieve universal health coverage.

Urban health is a developing concern as currently 30 per cent of India’s population is urban and 50 cities have populations of over one million, according to Planning Commission's high powered expert committee's 2011 report on Indian urban infrastructure and services.

The trial in Mumbai was conducted by SNEHA, municipal corporation of Greater Mumbai and  University College London.