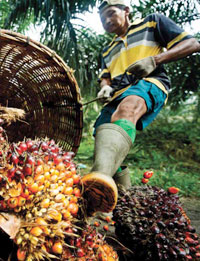 Asia-Pacific region is consuming its natural resources too fast. This could threaten the means of living of millions who depend on them. This note of caution has been issued by a new report by the World Wildlife Fund (WWF) and Asian Development Bank (ADB).

The Asia-Pacific region has some of the world's best biodiversity hotspots, but overuse and exploitation is resulting in their quick depletion. The report titled Ecological Footprint and Investment in Natural Capital in Asia and the Pacific released on the occasion of World Environment Day on June 5, says Asia and Pacific region has a “biocapacity deficit”. It means that the region uses more biologically productive land than is available. Each person in the region uses an average of 1.6 global hectare (gha) of bio productive land and sea for basic needs like food, clothing, energy and infrastructure. But, only 0.9 gha of biocapacity is available per person in the region. The shortfall (0.8 gha per person) represents a “biocapacity deficit” that requires importing natural resources or continual depletion of such resources.

The report also notes that the state of biodiversity is worsening in the Asia and Pacific region. A trusted index for measuring biodiversity around the world is called the Living Planet Index (LPI), which can be regarded as an indicator of the health of the planet’s ecosystems. According to available data, the global LPI dipped by almost more than a quarter (30 per cent) between 1970 and 2008. During the same time, the LPI decline in the Indo-Pacific region was more than double at 64 per cent. The rate of disappearance of species loss is twice the global average in Asia and the Pacific.

The report specifically looked at four spots teeming with diverse flora and fauna–the Heart of Borneo, the Coral Triangle, the Greater Mekong Subregion and the Eastern Himalayas. 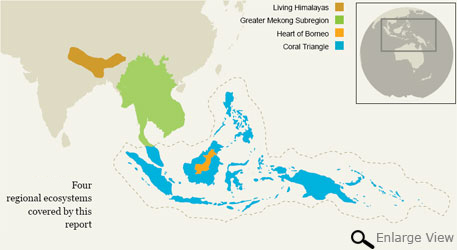 For example, the Coral Triangle is home to a whopping 3,000 species of fish and harbour to 76 per cent of the world’s coral species. In the Greater Mekong subregion (GMS), 1,200 new species have been discovered in the past 20 years, while on the island of Borneo, scientists have discovered 600 new species in that same time span. The Eastern Himalayas provide freshwater for one billion people in the region.

The report indicts human activity for being the biggest reason for biodiversity loss in the region. Deforestation to make way for plantations and agricultural land and blowing up coral reefs to catch fish has resulted in mass destruction. 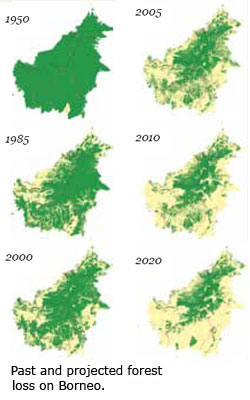 Borneo, for instance, lost an average of 850,000 hectares (ha) of forest over the past 25 years due to palm oil plantations, mining and timber production. At this rate, in the next eight years, forest cover will be reduced to one third of what it was 50 years back, the report says.

Similarly, deforestation has been a major issue in the GMS, with 8.5 million ha lost between 1990 and 2005. Poorly planned hydropower projects are threatening fish.

In the last 40 years, the Coral Triangle has lost 40 per cent of its coral reefs, and 80 per cent of the spawning aggregations of reef fish has disappeared. Meanwhile, among many other impacts, climate change is accelerating the melting of glaciers in the Himalayan region, creating threat of sea-level rise.

The report states that these biodiversity hotspots generate a huge amount of revenue for their regions, and their degradation will lead to great economic loss. 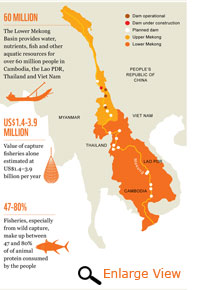 The report recommends some sustainable ways to manage natural resources in the region these include adopting integrated strategic planning and management processes to ensure that opportunities for green growth are considered at an early stage in the policy or planning process and recognising protected areas in both terrestrial and marine environments.