Asian fungus killing salamanders in Europe, could spread to US 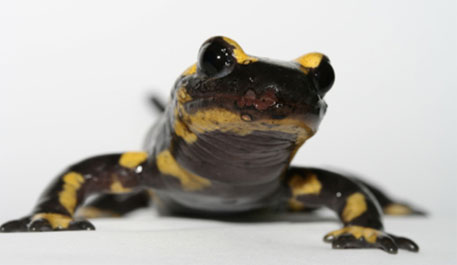 A fungus discovered last year has been found to be behind the crash in the population of fire salamanders in the Netherlands and Belgium.  Researchers say that unless steps are taken to halt the fungus—Batrachochytrium salamandrivorans—it could reach the US through the international wildlife trade.

The study had two components. First, the researchers studied 35 species of amphibians to find out which ones were susceptible to pathogens. They found that the fungus is lethal to salamanders and newts, but not to frogs, toads and amphibians that superficially resemble snakes which are called caecillians. They then screened more than 5,000 amphibians from four different continents to determine the fungus’s origin and reach. They say that the fungus might have originated in salamanders in Asia and reached Europe through animal trade and trafficking.

Asian salamanders and newts are traded in large numbers across the globe. More than 2.3 million Chinese fire belly newts were imported into the US between 2001 and 2009. The researchers found that the fungus can easily be transmitted between salamanders of different species by direct contact. “Globalisation has resulted in the movement of humans and animals all across the world, bringing pathogens into contact with hosts that haven't had the opportunity to establish resistance. As a consequence, pathogens like B salamandrivorans that are brought to a new environment can very rapidly threaten many species with extinction," said An Martel, the lead author of the study published in Science on October 31. 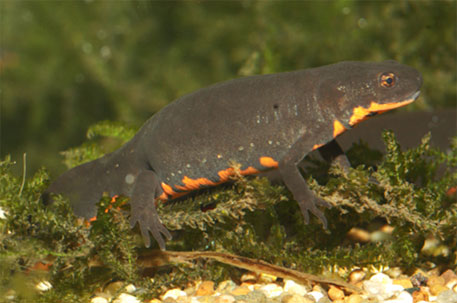 Co authors of the study say that the disease could inevitably reach the US through the international wildlife trade unless steps are taken to halt its spread.  "We have billions of these newts living in the wild all across the continent," says Karen Lips, an amphibian expert at University of Maryland, “and because they're highly sensitive to this fungus, they could amplify it or spread it to other groups of salamanders. We don't know what the consequences of that might be."  At present the US regulations focus on monitoring live animal imports to prevent the spread of diseases to humans and livestock, but not native wildlife.  She and other experts recently briefed Congressional staffers on the need to fill in this regulatory gap.

North America is the global centre of salamander biodiversity, home to more than 150 of the world's 655 known salamander species. Salamanders breathe through their skins and it is likely that the fungus kills the salamander by invading its skin.