It is related to global warming and the delay in the pre-monsoon rainfall, says Met expert

On April 24, the Kamrup metro district administration in Assam issued a directive to all the schools and colleges in its jurisdiction to stay closed the next two days. Authorities in some other districts in the state, including Goalpara and Morigaon, followed suit.

The reason was something unheard of in the state in April—extreme heat had broken all previous records.

According to the Met department, on April 22, Guwahati recorded 40 °C and the next day the temperature rose to 40.1 °C, forcing most residents in the city to stay indoors. Guwahati’s average normal temperature at this time of the year is 31 °C.

Read more on early onset of extreme heat this year

Kamrup metro district deputy commissioner, Ashutosh Agnihotri, said the directive to close educational institutions was issued keeping in mind the extreme heat. He said the weather situation continues to be closely monitored and necessary steps will be taken if need arises.

Poli Saikia, a school teacher of the Arabari school in Kamrup, said the heat had become unbearable and fans were not working most of the time because of prolonged power cuts. She said the school authorities had started fearing that students might faint.

“We are keeping water in all the class rooms and are asking the students to drink water frequently, and are also giving frequent breaks in the middle,” she said.

According to meteorological experts, the heat wave is related to global warming, and delay in the pre-monsoon rainfall.

Only one rainy day this April
“At this time of the year, the temperature is moderate because of pre-monsoon rainfall, however, this year there has been a major deficit in the pre-monsoon rainfall, which is largely responsible for the rise in temperature,” said Rajib Locan Deka, assistant professor at the department of agro-meteorology at the Assam Agriculture University (AAU).

Deka said the number of rainy days in April in Assam is normally 13, but this year till April 27 only one day was rainy (when there is more than 2.5 mm rainfall in a day).

“Normally Assam receives around 200 mm rainfall between April 1 and April 30, but this year from April 1 till April 27 the state had received only 23 mm rainfall,” added Deka.

The extreme rain deficit has severely affected the residents of the Guwahati city. Normally, the city does not face water scarcity, but this year, the city has been facing extreme dry and rainless period for almost six months.

“Earlier also the state had experienced dry period, but this year it appears far more acute. The Assam government will seriously look into the issue,” said Assam environment and forests minister Rakibul Hussain.
This shortage has led to a boom in the business of selling water. “We are forced to buy water as we don’t have any other option. We have received no proper rainfall for almost six months, and our water pump doesn’t work anymore. Besides, our well has also dried up completely,” said Nizara Kalita, a 67-year-old housewife in the city.

According to the district administration, a huge number of localities in the city are facing water shortage.
People said a major reasons for the problem is the haphazard drilling of deep tube wells in residential areas and selling the water from them commercially. The district administration has taken some initiative to check this.
“Directives have been issued to the planning and regulatory bodies, like the Guwahati Municipal Corporation (GMC), to immediately verify and take immediate measures to stop such activities,” said Agnihotri. He added that GMC has been asked to identify establishments engaged in illegal water extraction and selling business in Guwahati city and take strict action against the offenders.

“The entire state is suffering massive power crisis as a result of low water levels in reservoirs of several hydro power generating stations in the state and the region like Ranganadi, Kopili, Khandong, Doyang, and Loktak,” said Rajiv Yadav,  chairperson of Assam Power Distribution Company Limited (APDCL).
Yadav said there is a shortfall of about 275 MW, and now the state is mostly dependent on thermal stations at Kathalguri, Palatana, Ramachandranagar, Namrup and Lakwa. Assam industry and power minister, Pradyut Bordoloi, said APDCL is trying to tide over the shortage by procuring 300 MW from outside the region. The minister added the power position is likely to improve with rainfall in the region and further production of gas. 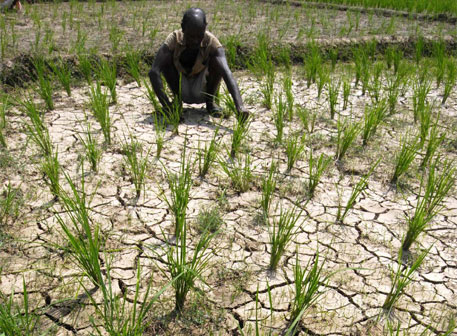 “I had cultivated boro rice in my 2.5 acre [one acre equals 0.4 ha] land, and was planning to cultivate kharif crops in my remaining three acres. However the absence of rains has left me with no hope; the land has become too had to till and the yield from the boro rice cultivation will be inadequate,” said Sunadhar Kalita, a 48-year-old farmer from the Koniha village in the district.

Farmers said though they have been advised to use tractors to till their “hard land” and use motor pumps to extract irrigation water, they are not doing so as it will escalate costs and put them in debt.

“We experienced this in the past. If we use diesel pump-sets we will need to pay for the oil from our pocket; use of tractors also increases costs. But if the yield is not up to the mark, we will need to borrow money for the diesel and tractor,” said Bubai Hazarika, a 42-year-old farmer from Chetiagaon village in Jorhat district in Assam.

Agriculture department said majority of the farmers who are engaged in boro rice cultivation are dependent on rain and will be severely affected by the dry spell.

“Boro rice is traditionally cultivated in the low-lying areas, and the irrigation facilities are not adequate there which makes the farmers dependent on the rain,” said Mawsam Hazarika, a senior official of the Assam agriculture department.

“Many of the irrigation projects in the state have been non-functional for long as a result of the lack of funds, but efforts are now being made to make those functional,” said Ardhendu Dey, Assam irrigation minister.
Assam’s agriculture minister, Nilomoni Sen Deka, said he has asked the district administrations to look into the matter but that the Model Code of Conduct in force at present because of ongoing Lok Sabha elections, is a hindrance to making announcements till May 16. “If the situation does not improve within a few days, I will approach the Election Commission of India and the state election department of Assam to allow us to announce some relief packages and compensation,” the minister said. 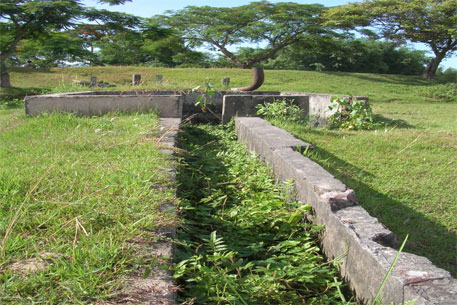 Farmer activists are, however, not satisfied with the agriculture minister’s statement and have alleged that this shows the casual approach of the department towards farmers in the state.

“The agriculture department is there to solve the problems related to agriculture and the farmers in the state, and it should have some schemes to deal with situations like this, so that no one needs to wait till the Model code of Conduct is over,” said Akhil Gogoi, a farmer activist.

Chief Minister Tarun Gogoi reviewed the situation in the state on April 26, and has also asked the concerned departments to prepare both short- and long-term measures to mitigate the problems.

Gogoi asked the agriculture department to draw up a contingency plan if the situation arising out of low rainfall persists in the state.

The Chief Minister has asked chief secretary Jitesh Khosla to monitor the situation and brief him at regular intervals.