Aye for an eye 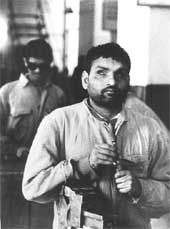 under a collaborative experimentation effort between the L V Prasad Eye Institute in Hyderabad and an American team under surgeon Manuel del Cerro from the University of Rochester, New York, eight blind persons have received tissue transplant from aborted foetuses. Of the eight patients who received the foetal retinal cells about a year ago in Hyderabad, two patients could make out smudgy images when a hand was held in front of them. One person could count fingers at the same distance, claim the doctors.

This is the first successful attempt to reverse blindness due to retinitis pigmentosa, a genetic disorder that afflicts millions worldwide. It also opens up tremendous opportunities to reverse other forms of blindness. According to Stephen Hughes, associate director of research at Albany Medical College, New York, the human eye lends itself nicely to transplants mainly because the structured layers of the retina make it possible to isolate specific types of cells and put them in again.

The retina, which lines the rear of the eye ball, is the part that responds to light sources from outside and relays visual information to the brain. It is made up of nerve cells, including what are called 'rods' -- light-sensitive and pigmented epithelial cells whose function is to secrete agents that nurture these nerve cells for healthy functioning. In persons suffering from retinitis pigmentosa, for reasons yet not clear, the rods begin to die early in life. Such death of the rods initially results in night blindness and tunnel vision. Some time later, the rods virtually disappear leaving the person unable to distinguish anything more than light and dark, thus rendering him blind.

Studies in laboratory animals have shown that retinal cells from foetuses implanted in adult rats survived far better than those taken from grown-up animals. This is largely because foetal cells are immature and are less likely to trigger an immune response and, therefore, rejection by the recipient. Experiments over the past decade have also shown that only such implanted foetal tissue survives inside the recipient's body. What is more, the treated animals also regain their vision to a certain extent.

Following these experiments, doctors performed the first transplants of human foetal cells about two years ago. Opthalmologist Peter Gouris and his colleagues from Columbia University, New York, conducted these trials at the Karolinska Institute in Stockholm, Sweden. They dissected pigmented epithelial cells from the retinas of aborted foetuses aged 18-24 weeks and implanted them into the retinas of adults with macular degeneration -- degeneration of the tissues surrounding the retina.

According to Cynthia McKay, a colleague of Gouris, 15 patients received such transplants at Stockholm. The patients who were inducted had a 20/200 vision to begin with: that is, an object 20 feet away appeared as blurry to them as would an object 200 feet away for a person with perfect vision. All the patients who had such implants over a year ago seem to be doing quite well, claim the ophthalmologists.

The work of del Cerro and his team differed from the Stockholm experiment in the choice of the tissue used. While the Stockholm group chose pigmented epithelial cells, the New York team selected cells from foetal retinas that were destined to become the light-sensitive rods and cones. They obtained these cells from 14-19 week old aborted foetuses. A milky suspension of about one million such cells was injected into the ailing retinas using a micro syringe. Scientists are confident that this technique can be developed to also help people who are suffering from other forms of blindness.