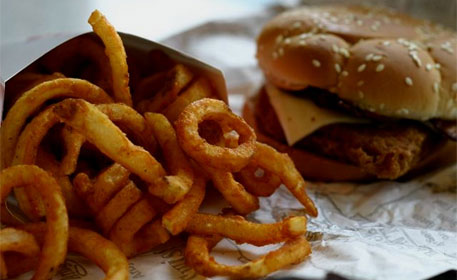 The amicus curiae (friend of court) in the junk food case currently being heard by the Delhi High Court has made some recommendations to improve the draft guidelines of an expert committee on regulation of sale of junk food in schools.

The hearing that took place in the court of Chief Justice G Rohini and Justice R S Endlaw was in response to a public interest litigation (PIL) filed by Delhi-based non-profit Uday Foundation, seeking ban on sale of junk food in schools.

Amicus curiae Sanyat Lodha has suggested, among other things, using the term “junk food” along with the term “high in fat, salt and sugar (HFSS)”, as a layperson can identify with such food and the term has been in use since the filing of the PIL. It is to be noted that the respondents in the case had earlier applied to seek the deletion of the term “junk food” as it was not a scientific term and was not a category of food as defined under the Food Safety and Standards Act, 2006. Foods that are high in fat, salt and sugar — including pizzas, burgers, and sweetened carbonated and non-carbonated beverages are termed as HFSS.  Food categories, therefore, could be colour coded — foods which must be rarely eaten (HFSS foods), foods which can be eaten sparingly and foods which must be mostly, could be used. The amicus mentions that similar bans on HFSS foods are in place in countries like Canada, Costa Rica and UK. He has further recommended a ban of HFSS food within school premises and their sale to be restricted within 100 metres outside school premises.

Referring to the World Health Organization (WHO) in its “Set of recommendations on the Marketing of Foods and Non-Alcoholic Beverage to Children”, Lodha calls for restrictions on marketing of HFSS foods. He suggests that the guidelines must define the age group for which the restrictions are applicable, the marketing techniques and the communication channels, what constitutes marketing according to factors including products, timing, placement and content of marketing message are suggested to be covered by marketing restrictions. The amicus also mentions that restrictions on advertisements are in place in countries like Canada, France and Sweden.

Monitoring is a must

The amicus suggests that canteen contracts in schools should include clauses prohibiting the sale of HFSS/junk food (including sweetened carbonated and non-carbonated drinks) on the school premises.

The next hearing is scheduled for February 25, 2015 when stakeholders will file suggestions on the draft guidelines.

Uday Foundation had filed the PIL in 2010 seeking directions/orders to be issued to the respondents to immediately ban junk food and carbonated drinks in all unaided and private schools and schools under Central and state government and local municipality in Delhi; to initiate measures to discourage the availability of “fast food”, unhygienic food and foods with unhealthy ingredients within 500 yards of the schools in Delhi;  to further direct the respondents to develop a comprehensive school canteen policy which emphasises healthy nutrition among school going children and to ban junk food and carbonated drinks advertisements in media as well as in the television through any means.