In the run up to Lima climate negotiations, emerging economies in BASIC group say their mitigation efforts are 'far higher' than that of developed countries. Will western nations take up more responsibility to address climate change? 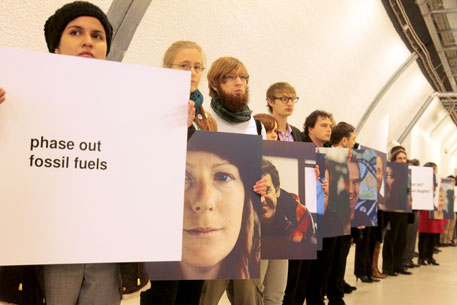 The 18th ministerial meeting of BASIC nations on climate change, which concluded in Delhi earlier this month, was important on two counts. First, it clearly underlined the clarity and vision of the BASIC bloc (Brazil, South Africa, India and China); second, it set the course for the next climate summit in the run up to annual climate summit at Lima (Peru) in December 2014.

Contrary to the western nations’ agenda to dilute the North-South divide in the context of carbon reduction commitments, the joint statement of the BASIC group upheld that the new climate agreement must be based on the core principles of the United Nations Framework Convention on Climate Change (UNFCCC) of 1992—Equity and Common but Differentiated Responsibilities and Respective Capabilities. They urged the developed nations to provide for finance, technology and capacity-building support, invoking Article 4.7 of UNFCCC.

An important outcome of the Warsaw climate summit of 2013, was Intended Nationally Determined Contributions (INDCs), where all parties to the Convention are required to submit their voluntary contributions to tackle climate change which shall be open for review and re-consideration. In view of INDCs, BASIC bloc nations were eager to communicate their contributions but on a careful note also remarked that these contributions would be in the context of their social and development needs and would also be based on the extent of financial, technological and capacity-building support provided by developed countries.

The BASIC group, interestingly, noted that their mitigation efforts were “far higher” than that of developed countries. Against the backdrop of BASIC meeting, in terms of mitigation actions. China, for instance, has agreed to stop use of high pollution fuels such as coal, fuel oil, petroleum coke, combustible waste and some biomass fuel in six of its main districts. China would also allow foreigners to trade carbon permits in Shenzhen, making it the nation’s first emissions exchange to welcome outside investors. Increasingly, Indian states are also coming up with state specific action plan on climate change. These actions only confirm and reiterate the developing nations’ sincerity in moving towards a low-carbon economy.

The climate change meeting thus paved the BASIC criterion for a future climate deal (essentially stressing on fairness and equity), which is expected to be formalised by 2015. However, there were no important discussions on what should be the nature of the mechanism and process to review voluntary contributions. How they would be measured and assessed in accordance with the global climate goal of containing temperature increase to 2°C. What exactly would come under “contributions”, and what should be the deadline to communicate the national contributions. These are some of the critical issues that should be the focal areas of discussions of the climate summit to be hosted by the UN Secretary General in New York on September 23.

The issue of climate change requires more serious and dedicated efforts than ever before as the world community is at a crucial stage of formulating a new climate legal framework. Any lackadaisical approach on the part of countries, especially the western countries, would mar the achievements of the climate negotiations till date. A report released by the Massachusetts Institute of Technology (MIT) on August 19, also expresses serious apprehension over whether the world would be able to do enough to prevent the heating of Earth beyond the 2°C mark. In this regard the New York summit would be crucial to creating a positive mood and momentum to further the climate agenda in the run-up to the Lima climate talks.