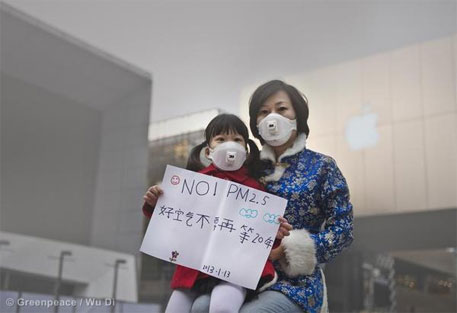 Beijing has decided to control its pollution levels to increase its chances of hosting the 2022 Winter Olympics. The Chinese capital has already started efforts to reduce its concentration of PM2.5 (particulate matter with a diameter of 2.5 microns or smaller). PM2.5 pollutants can penetrate the lungs and are very harmful to health.

Beijing Environmental Protection Bureau, the city’s environmental authority, says it has already increased penalty amount against polluting enterprises to reduce the region’s notorious smog. It imposed a record fine of 26.17 million yuan (approximately US $4.2 million) in the first half of 2014. The bulk of the fine came from coal-fired boilers and cement and steel plants.

The city has invested more than 14.7 billion yuan (approximately US $2.4 billion) in fighting pollution so far and plans an additional 47.8 billion yuan in the next five years to further fight air pollution.

Also, the city has entered into a 10-year contract with IBM to fight air pollution. Under the Green Horizon initiative, the city administration will use IBM’s forecasting expertise to collect real-time emissions data to predict smog build-ups. Also IBM researchers will work on technologies to help the city curb air pollution levels.

Beijing plans to host the 2022 Winter Olympics along with Zhangjiakou city which falls in neighboring Hebei province.