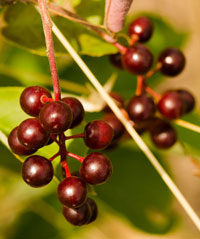 Adding wild berries to cancer treatment can make it more effective, says a British study. Researchers from King’s College Hospital and the University of Southampton combined the American chokeberry with a common chemotherapy drug for pancreatic cancer. The trial found that the berries boosted the effectiveness of the standard medicine that killed cancer cells more quickly in a laboratory setting.

The researchers added chokeberries, which are found on the eastern side of North America, to gemcitabine for the research. They say the process could be used more widely, combined with other mainstream treatments for cancer.

The study found when berries were added to gemcitabine, treatment was most effective, with cancer cells dying within two days of treatment being administered to cells in the lab.

“These are very exciting results. The low doses of the extract greatly boosted the effectiveness of gemcitabine, when the two were combined,” said Bashir Lwaleed from the University of Southampton, in a press release. “In addition, we found that lower doses of the conventional drug were needed, suggesting either that the compounds work together synergistically, or that the extract exerts a 'supra-additive' effect. This could change the way we deal with hard to treat cancers in the future.”

Researchers of the study, published online in the Journal of Clinical Pathology, plan more clinical trials to explore the potential of naturally occurring micronutrients in plants, such as those found in chokeberry.