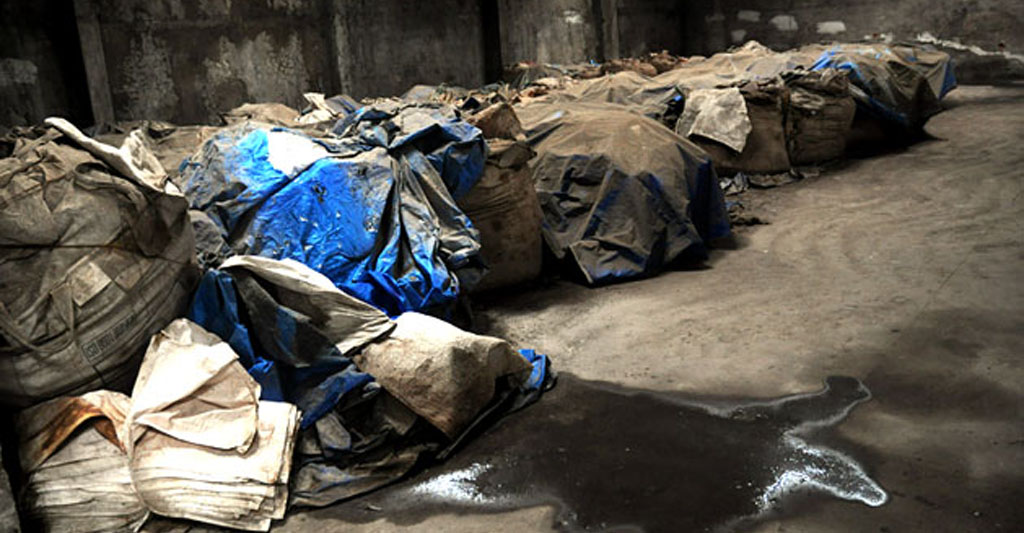 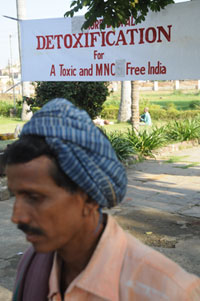 Twenty-eight years after the Bhopal gas leak disaster, the Group of Ministers (GoM) constituted to look into matters related to the 1984 industrial mishap has finally reached a decision on disposing of the toxic waste lying at the Union Carbide plant—it is to be sent to Germany. On June 8, the GoM headed by home minister P Chidambram approved the proposal moved by Deutsche Gesellschaft für Internationale Zusammenarbeit (GIZ) for disposing of the 350 tonnes of waste. GTZ is  a  company working on sustainable development and is partially owned by the German government. Officials as well as activists believe this decision is just a small step towards cleaning the abandoned plant site and its surrounding areas.

A J V Prasad, joint secretary with the Union chemicals and fertilisers ministry, says the GoM set a strict time frame for the Madhya Pradesh government, which has been directed to draw up an official agreement with the German company in two weeks. GIZ will be responsible for ensuring safe disposal of the waste. The GoM will meet next on June 22. Central Pollution Control Board officials say the process of of removing the waste from the site will take six months to a year. At present, the cost of the proposal is estimated at Rs 25 to 30 crore.

Praveer Krishna, principal secretary of the Bhopal gas tragedy relief and rehabilitation department of the Madhya Pradesh government, says this is just the beginning of the long drawn process. “The proposal has so far been approved only by GoM and will now have to be submitted before the Supreme court as well as the Union Cabinet.” The Supreme court had hauled up the government last month for not acting on the waste and contamination in and around the Union Carbide factory. The court is to hear the matter on July 2. If approved by the court, the proposal has to be presented to the Cabinet; only then will the process of removing the waste for disposal can begin.

Earlier, on May 10, the apex court had asked the Centre to submit a detailed affidavit by May 28 regarding the plan for disposing of the hazardous waste. The affidavit submitted by the Centre was termed “vague” and the bench was disparaging of the government’s uncertainty and inaction on the waste's disposal. On the other hand, the government contended that it was doing all it could and the delay was happening because “the disposal of this waste is a highly emotional and politicised matter".

Disposing of this waste has fuelled a row between three states. Since 2004, there have been four proposals for incineration of the toxic waste, beginning with a site in Gujarat that was opposed by the state's pollution control board. Last year, it was proposed that the waste be sent to Nagpur; even Navi Mumbai was touted as an option. This year, the apex court, on April 4, had ordered disposal of the waste at Pithampur plant in Dhar district of Madhya Pradesh. But it had to stay the order on May 10 after stiff opposition from activists and the state government.

Rachna Dhingra of non-profit Bhopal Group for Information and Action says the GoM approval is just the tip of the ice-berg and adds that the cost of disposing this waste should be on Dow Chemicals which now owns Union Carbide. Holding Dow Chemicals liable, she adds that it is their responsibility to dispose of the waste and clean up the contamination caused by this waste.

Dhingra adds that the real extent of the toxic waste generated due to the 1984 gas leak and subsequent contamination is not known. Citing the  2009 study of Centre for Science and Environment  on the extent of ground water contamination in the areas surrounding the Union Carbide factory, she adds that a comprehensive scientific assessment is required to be undertaken immediately. “Too much data and too many figures have been fudged... Therefore, any action taken on the current estimates is incomplete," says Dhingra.