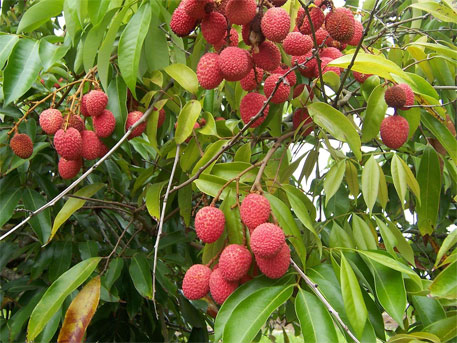 Bihar has initiated steps to obtain Geographical Indication (GI) tag for the shahi variety of litchi grown in Muzaffarpur district and some other areas, that is in great demand in the international market.

Vijoy Prakash, principal secretary for planning and development, said the state is seeking GI tag, a form of intellectual property (IP) based on geography and tradition that involves some unique means of production, for the juicy fruit as it would benefit the litchi farmers of the state. “Once the GI is granted, we will market the fruit to get a better price for it,” he said.

To begin with, the National Research Centre for Litchi (NRCL) at Muzaffarpur in collaboration with the department of science and technology will hold a series of workshops and training programmes on GI requirements for litchi growers of the district.

India is the second largest producer of litchi in the world and Bihar is the leading state for litchi production in the country. The fruit is grown in 3,200 hectares of farms in the state. Bihar produces around 340,000 tonnes of litchi and nearly 180,000 tonnes is exported to European and West Asian countries. “At present, there is no mechanism for a central procurement system. After getting GI we will create a council for exporting the fruit,” Prakash added.

NRCL has got together a group of farmers who grow litchi. The cluster of farmers were given scientific inputs like method of non-pesticide management to grow the fruit; ever since the cluster was formed, the farm production has increased around 10 to 12 per cent.

Reputed companies like Kingfisher and Litchika International had shown interest in producing wine from the shahi litchi. The absence of a patent and lack of a central agency for procurement and supply has proved to be stumbling block.

The director added that litchi in the state was mostly organic. “There is very limited use of pesticide, which further adds value to the fruit.”

Feature: Geographical indications and biodiversity in the Western Ghats, India