In april this year, California became the first us state to introduce a bill to biomonitor breast milk. Activists and researchers hope that once this legislation is passed, it will help people realise that mothers pass on toxic material to their offspring. Breast milk monitoring would also help create awareness about the harmful effect of pesticides 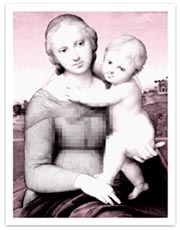 in april this year, California became the first us state to introduce a bill to biomonitor breast milk. Activists and researchers hope that once this legislation is passed, it will help people realise that mothers pass on toxic material to their offspring. Breast milk monitoring would also help create awareness about the harmful effect of pesticides.

So far only blood and urine are routinely checked for toxins in the us. Testing breast milk will provide information on fat-soluble chemicals, which might not be evident from either urine or blood tests.

Breast milk monitoring studies in Europe have found that it contains more than 200 toxic substances, including dioxins, ddt and polychlorinated biophenyl. In the us, small-scale studies carried out by the Environmental Working Group -- a California-based non-profit organisation -- and the University of Texas, Houston found 35 different types of polybrominated diphenyl ether in breast milk samples. Their levels ranged from 9.5 to 1,078 parts per billion in milk fat (lipid). The average level of the chemical in milk samples was 75 times higher than the average for Swedish women. Sweden has had a programme for biomonitoring breast milk for thirty years now. This has helped it to frame policies that have lowered exposure to pollutants.

Researchers also hope that biomonitoring breast milk will help them find out the link between environmental pollution and increased incidence of breast cancer. While in the 1940s, a woman's lifetime risk of getting breast cancer in the us was one in 22, it is now one in eight. Genetic factors and lifestyle explain only about 50 per cent of the cases of breast cancer. Researchers hope that biomonitoring studies would explain the incidence of the other 50 per cent. It is also being accepted that environmental exposure to chemicals, which mimic female hormones, can increase the risk of breast cancer. But research on these chemicals is negligible. For example, out of the 85,000 synthetic chemicals registered in the us, toxicological screening data is available for only seven per cent. Even this data is limited, for these chemicals have been studied in isolation, while we are generally exposed to a mixture of hundreds of chemicals. "Such data can be used as an early warning for the exposure and could allow to prevent future exposures," says Claudia Bolognesi, Environmental Carcinogenesis Unit, Toxicological Evaluation Unit, National Cancer Research Institute, Genova, Italy.

The Californian authorities plan to introduce a comprehensive biomonitoring programme once they have legislation to this effect. This programme will attempt at pointing trends in chemical exposures and identifying disproportionately affected communities. It will also endeavour to link exposures to disease, assess effectiveness of current regulations and set priorities for future research and legislation.

Studies to biomonitor breast milk have also attracted criticism. "Breast milk studies will reveal only a certain number of toxins. Biomonitoring has an important role, but it must be considered on an exposure-by-exposure basis," says Karl T Kelsey, Department of Genetics and Complex Diseases, Harvard school of public health, Boston. There is also a fear that such studies are going to put young mothers of breast feeding. But Jeanne Rizzo, executive director Breast Cancer Fund, a California-based non-profit health advocacy group, rules this out. She points out that Sweden's national breast milk monitoring programme has not led to a decline in breast feeding in that country.

"People should be made to realise that breast milk is just being used as an indicator of the exposure of the body to toxins," says Vandana Sabharwal, project officer, Breastfeeding Promotion Network of India, an organsition promoting breast feeding in the country. "People have to be educated into releasing that even the water they use to dilute the milk or make baby food is also going to have some toxins. These are likely to be more harmful to the child than the toxin in the breast milk," she adds