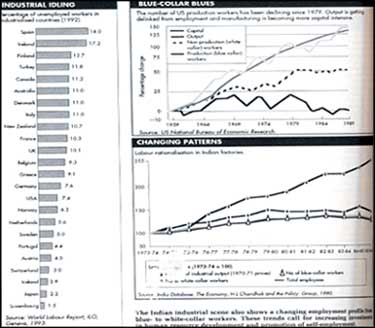 TECHNOLOGY change is resulting in problems of large-scale and permanent unemployment. The demand for blue-collar employees is decreasing, while that of white-collar workers is increasing. Overall, many economies are showing trends of becoming increasingly less labour intensive delinking outout from total employment.